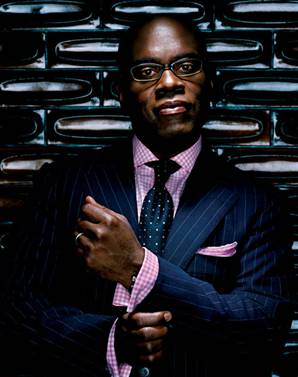 So now it really is over.

We began forecasting the “end of an era” when Rap icon Jay-Z was given a subtle push to exit stage right in the wake of the sinking ship-like industry that is recorded music (for an eventual mega-topping multifaceted pact with Live Nation), and now it is cemented with Chairman/CEO LA Reid’s eventual decision to exit stage left toward the Madison Avenue side of town (aka Sony Music Entertainment, where he will likely follow Doug Morris and inherit one of their recorded units), where another music brand with a quaint aura, a mythical curse (the RUSH factor) and a long suffering nation of fans await.

After nearly a decade of status quo, suddenly the changes on 8th Avenue inside Worldwide Plaza are coming at warp speed. A mere six months ago Antonio “L.A.” Reid was considered to be at the pinnacle of his profession, and all of music was predicting ’empire’ and ‘dynasty’ for IDJ (Island Def Jam Music Group).

Now — just like that — the Chairman is gone, casualties of one of the most despicable transitions in music industry history, with a squiggy-eyed bastard with a bad dye/toupee combo and still-warm green card (Lucian Grainge) as the smoking gun.

One of the most enviable record label units in recorded music has been reduced to a fast-food punch line; a blueprint for excess, arrogance and entitlement.

And Reid has seen enough.

While his departure is hardly shocking (as of January 2011 it is not official, but it will eventually be announced within the next 6-8 weeks), particularly since there have been persistent whispers of such a move, it still remains stunning. L.A. was Island Def Jam’s Teflon Don, a self-made boss groomed in the shadows of the Clive Davis era, who grew up living and dying with success, just like any other aspiring songwriter/producer/eventual executive did.

Like most record label bosses, L.A.Reid delivered some big hits (Rihanna, Justin Bieber, Fall Out Boy, The Killers, NE-YO) and took some major cuts that didn’t stick (Pittsburgh Slim, Jessie James, Amerie). He alternately dazzled us with ‘grooming projects’ like Chrisette Michele and Fefe Dobson, and irked us with a hasty exit that will come & go quicker than a Young Jeezy single. And yet, the bottom line of his resume at Island Def Jam remains the same: success success success.

L.A. accomplished this in an environment that was complicated — because of the parent company structure, because of the label’s dramatic history of inconsistency since 1999, because of an undercurrent of uncertainty that accompanied urban music for the past 5-7 years. Reid, along with the current ownership group and Jay-Z, changed that culture.

As recently as last week Reid vowed, “We’re going to be finding ways to getting things on the right track to continue hit-making and success at IDJ.”

But once Universal Music and Sony Music finalize terms to free Reid to head to 550 Madison Avenue, that will be someone else’s job.

We may hear in the weeks ahead that Reid was contemplating a move to Sony Music for months, long before his boss’ eventual transition and recent inconsistency. That’s probably true.

But even L.A. understands the timing is bad. He’s leaving behind a mess so toxic that Lucian Grainge personnel should be dialing up hazardous materials experts to see if they can rent some of those space suits to give all of Worldwide Plaza (and Columbus Circle) a thorough hosing down.

Reid’s (eventual) departure is abrupt, but with the benefit of some time and perspective, his legacy will sit well with urban music fans.

He will be remembered as Lyor Cohen’s replacement who boldly pulled the trigger on signing a then-under performing Mariah Carey and limited Reggae artist Rihanna that turned the IDJ thing around, culminating for the latter a franchise artist for the next 10 years.

Reid also will be forever known as the exec who fell in love with all the wrong artists. He plowed through Jessie James, Amerie, Teiarra Mari, and leaves the office with those bad stains similar to a Smokey Robinson hair dye job gone wrong. 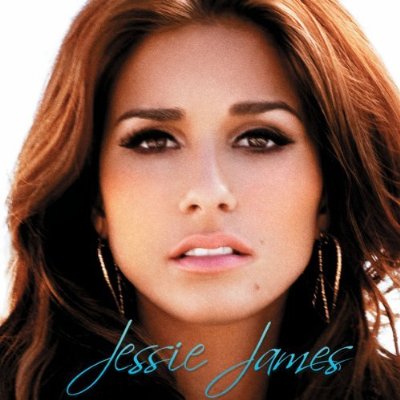 His fascination with Jessie James baffled many, yet his hunch about Justin Bieber was dead on. He brought in unheralded Young Jeezy, NE-YO and Fall Out Boy, and they helped return Island Def Jam to glory.

Must we mention Amerie again? Or did anyone even know she released an album on Island Def Jam? The Electrik Red experiment was just flat out awful.

Young Jeezy still has a chance to turn it around, but the fans won’t treat him with kid gloves next season. The snowman will have to step up — or else — and he’ll have to do so without Reid providing moral support in the background.

With all that has transpired in the past few weeks, it makes sense that Reid would go.

It’s time. He is still young, and there are challenges awaiting him. He wants to run a storied company without Lucian Grainge in the shadows. He’s still a formidable front-office man who relies on development and old school formulas and hours and hours and hours of fine-tuning an album rather than just throwing it out (this is the same man who infamously tossed a finished Mariah Carey “Emancipation of Mimi” album draft into his waste basket and phoned Jermaine Dupri to “clean up the mess” that resulted in a chart-topping finished product). He enjoyed the luxury of Doug Morris’ endless power & resources, but is probably excited about a challenge that doesn’t include the shadows of Lyor Cohen and Russel Simmons. He wants a storied record label he can call his own, and let’s be honest, Island Def Jam was never really his ‘baby’ like LaFace was.

Say what you want about Reid, but you can’t question his work ethic or his commitment to IDJ. He lived and died with the job, just as he did as fledgling exec forming LaFace Records with longtime Deele band-mate Kenneth “Babyface” Edmonds back in the late 80’s and early 90’s. After 5-7 years and 3 franchise artists, you start looking around and wondering what else there is. And when your place of work deteriorates the way it has at Worldwide Plaza, a change of scenery becomes even more appealing.

Sony Music is no Universal Music Group. They have their own headaches and entitled figureheads (see Rick Rubin). They will be Reid’s ultimate challenge, with the ultimate prize awaiting him. If Reid returns and resurrects what will likely be either Epic Records or RCA Records after infamously being shown the door at Arista Records some years back, he will go down in music industry history as the new age Clive Davis.

Meanwhile, his successor at Island Def Jam (likely Barry Weiss, although not confirmed as of January 2011) will be left with the daunting task of righting a dysfunctional, overpaid yet talented record label. The Def Jam and Mercury ends of the unit need a swift kick in the derriere.

Reid might endure his own backlash as he eventually migrates to Sony Music (likely in July after having to sit out a non-compete period), a crosstown cab ride from Worldwide Plaza and Columbus Circle. He has been around long enough to know he should steel himself for that.

The New Entrepreneur (Art of being a Side Chick)