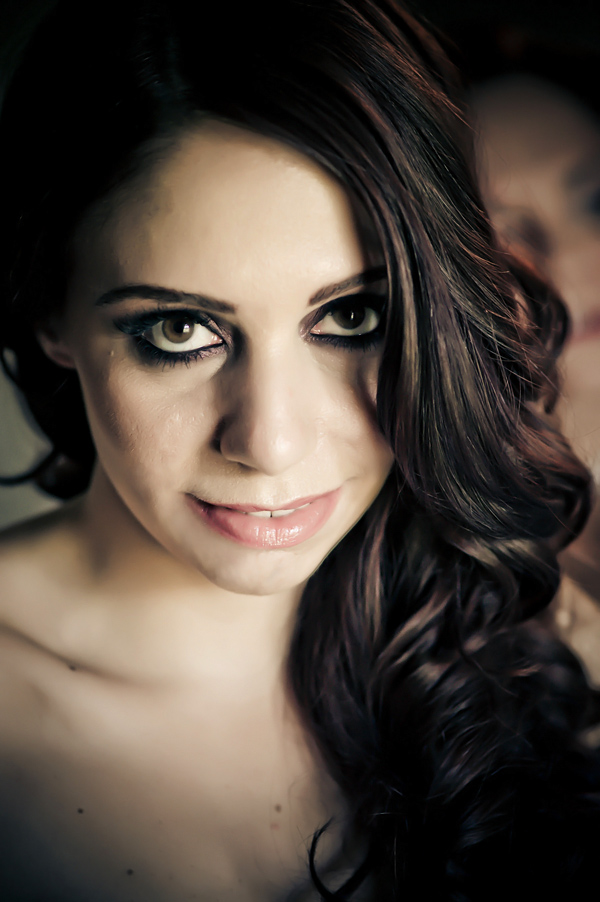 The music business has become a field filled with landmines and pitfalls and yet there are those who learn to side step these uncertainties. These few individuals are the ones that develop and produce various avenues to expand and expose their talents. At the executive offices of Atlantic Records such an individual has proven her worth. Christina Kotsamanidis is such an individual with her innovative ideas and rich educational background has broadened the possibilities for her clients.
Christina first was introduced to music when she began piano lessons at an early age. Her father was always playing music in the home and that inspired her to learn more. Yet she admits that her piano teacher also inspired her to get involved in music. In high school she took up the clarinet, the French horn, and was even part of the marching band. She was always very musically active but never thought it would become a career.
When she went off to Pace University she studied Business / Finance while also working on Wall Street. Yet when she was there she began to realize that this was not for her. She needed something more motivating, more fulfilling. Christina then decided to apply as an intern for Warner Music International in their PR department as a step in the right direction. It turned out to be the field that was meant for her.

“I right away fell in love with working at a major label and in PR. At this point I was in my senior year in College but I knew from there I needed to pursue this. ”

With the success of her internship, after she graduated from Pace University she flooded every record label with her resume. Her persistence paid off when she was offered a job at Capitol Records as an assistant in the PR Department.
In turn, she stayed with Capitol for two years then went onto Island Def Jam for six years moving her-self up the musical ladder. Then she finally settled at Atlantic Records where she has been for the past four years.
Christina has a roster of artists where she handles their Public Relations. Her key role is to find avenues for press coverage in magazines and newspapers, as well as TV performances. Some of her artists include Paramore, Marina & The Diamonds (a fellow Greek), Panic! At The Disco, Ryan Star, 3OH!3 and many more.

“It’s exciting to be the one who is responsible on getting the artist their very first interview or first TV show appearance. It is incredible to watch it all unravel and to know that you are a part of their success.”

There are some restrictions of where to target the artist’s media exposure. As Christina explained she needs to understand the artists profile and what would appeal to them in a positive way. It is somewhat specific and tailored to each artists needs. She needs to know their ins and outs so she can showcase them in various areas.
Since the industry has changed over the years and with coming of CD’s soon to be history it has altered the playing field. The music business is up against major odds in how to garner profits through slow declining sales and lack thereof. The only way for artists to make a profit is through performing. This fact has also affected what Christina is trying to achieve. Yet her artists have broken into commercial radio with a few #1 Hits. Groups like Paramore and 3OH!3 have achieved commercial radio success as well as Cobra Starship who had a Top 10 single in 2009.

“Media has changed so much since I began working in the industry. Most of the press has gone digital and we now have to cater to online magazines, blogs and other outlets. The job has become bigger and more competitive.”

One of Christina’s latest successes is a young fourteen year old Pop singer from Australia, Cody Simpson. Another major breakthrough for Christina is the artist Plan B who already has a name is Europe. Plan B has succeeded with a #1 UK hit and is on his way to the United States in 2011 to break into the American market. When it comes to booking artists on national TV or garnering national print press, it is not so easy yet she manages to come up with creative ideas to generate interest.

“I’ve accomplished so many of my goals so far. Yet there is always something more you want to achieve and I know that with my passion, dedication and persistence that it is all possible.”

Being raised in a Greek home also has its benefits when it comes to molding ones future. Christina admits that especially being a first generation Greek-American you are brought up to work hard and be persistent. Obviously that is evident in all that Christina has accomplished and looking to tackle in the near future. She has definitely become a key player within the umbrella of Atlantic Records.