On June 21st, Major League Soccer and Apple announced that the Apple TV app will host all MLS games for the next ten years, starting in 2023. Fans will be able to subscribe to a MLS specific subscription service through Apple TV, and watch any match in the league. This will be accessible outside of Canada and United States as well, and there will be no blackouts of any kind.

At a first glance, there are some positives with this deal, which is probably why many soccer fans are excited. However, there are also negatives as well, and some serious concerns. More importantly, the deal limits MLS from doing what it likely needs to do most — grow.

With the games being sequestered on Apple TV+, total reach is diminished, and the league needs to reach as many eyeballs as possible.

Despite reservations, there are some cool things with this MLS and Apple TV deal. Everything MLS will be in one place and available to watch. Fans can watch any game, and most importantly for supporters, there will be no blackouts. That was probably the biggest complaint when it came to watching fixtures on Streaming Service ESPN+.

It will also be accessible to fans around the world. This is good news for the international fans because sometimes it is difficult to watch MLS in other countries. This also means fans in the US and Canada who go abroad either for vacation, or even move, can still follow their team. The “local restrictions” shackles have come off, something that dampens the appeal of Major League Baseball.

Apple and MLS also added how there will be behind the scenes content for every team in addition to original programming. Furthermore, the service will be included with Season Ticket Holder packages, so they will not have to pay extra to gain access to all of the MLS content.

This is the largest TV deal in the league’s history, and a huge win in the monetary sense. No one can complain about the amount, nor should they. Nevertheless, this shows money talks, and money itself led to some of the bad aspects of the deal. This can lead to more international stars making the jump, knowing the games will be available anywhere and there will be a large enough bag to pay them for making the jump across the pond. 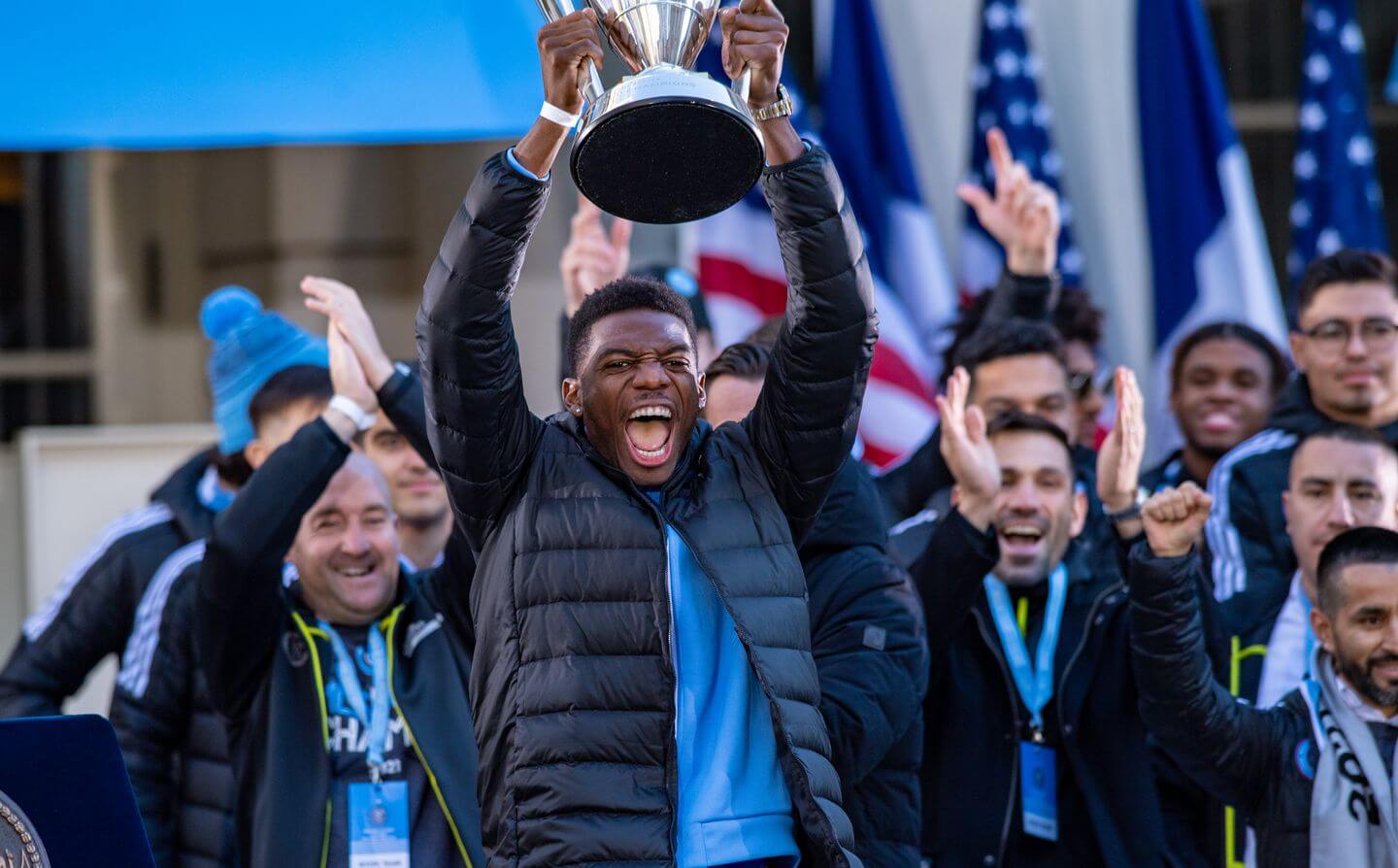 While there are some cool things about the MLS and Apple TV deal, there are meh things as well. The league is eliminating local broadcasts, which is a huge blow to local coverage of teams. The YES Network, for example, treats NYCFC just as much as an equal partner in their coverage as the Brooklyn Nets of the NBA (YES Network’s parent company is partial owners of NYCFC). Stripping their games away is a huge blow to New York City area fans who may not have the resources to access Apple TV+. YES Network’s coverage of NYCFC made the team and its games feel special in every sense of the word. Across the United States and Canada, with the exception of the National Football League, fans love and their local coverage of their local teams.

Meanwhile, commentators and analysts become part of households. Not only do they offer knowledge about the local team, but they connect the fans to the players. Ask any New York Yankee fan how it feels watching Yankee games without Michael Kay handling Play-By-Play duties on TV and you’ll get an understanding about the connection between commentators and fans.

One might argue there will be some televised games, and then Apple will air some select fixtures for free, but that does not help MLS teams grow within their own market. Plus, teams are not guaranteed to get national TV spots.

So, how will this help the game grow fan wise? Those who are not fans will not pay for a streaming service in order to watch MLS. Additionally, putting everything on one streaming service will reduce the exposure to those who could possibly become fans. Hence, that is why it is important to look at the brutally messy aspects of the deal: the monetary and fans costs. 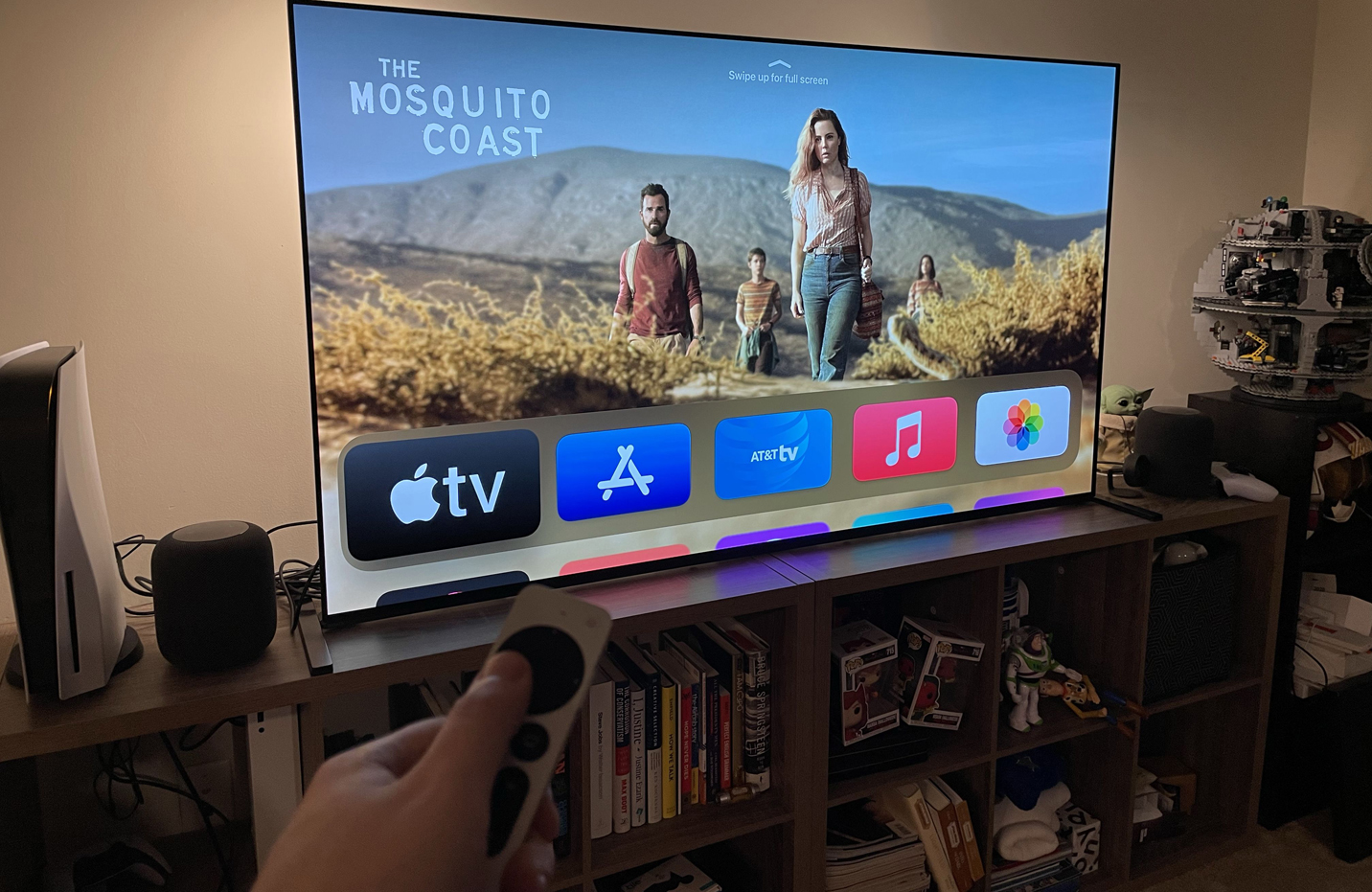 Most of the local sport teams are readily and easily available to watch on local TV, and many do not pay extra money in order to watch a local team in their own market.

However, the MLS and Apple TV deal ensures that every fan, with the exception of Season Ticket Holders, must pay a to-be-determined price in order to watch their local team. This is the aspect of the deal that makes any casual fan react “nah bruh” and not even bother with signing up for an Apple TV Subscription service.

Therefore, putting the majority of the league behind a paywall is SELFISH. It makes zero sense that MLS, a league that is trying to grow, would force local supporters to pay money in order to watch their own team.

Again, it is hard to grow the league when the majority of matches will be behind a paywall. Yes, the Apple deal is great for growing the game internationally, and for fans and non-fans who have cut the cord. But there’s still a local component to this and not having those casual fans easily accessible puts a dampen on local sponsors of the teams.

Look, the league can argue all they want about the future of streaming and how it will help grow the fan base; it sounds nice, but forcing casual fans (and many sports bars) to go through extra hurdles to watch a game has just made this “grow” thing less believable. Maybe this does work out and these points made could be entirely wrong. At the same time, it’s just hard to find every bit of right when there’s a reason why the NFL can easily grab a casual fan no matter how bad their news stories are regarding its players: it’s easy to find on the TV dial.