Azealia Banks storms out of Miami Pride show: ‘I’m really not happy to be here’

Controversial rapper Azealia Banks stormed off the stage midway through her performance at Wynwood Pride in Miami on Friday night (June 10), telling fans she was “really not happy to be here”.

She continued: “I’m so unhappy to be here. But what did the fans ever do? What did you guys ever do, right?

In one video, fans can be seen booing the “212” singer after she aggressively throws her microphone to the floor. As she walks off, one audience member appears to throw a drink at her, prompting her to put both her middle fingers up at the crowd.

Banks later posted a Twitter thread complaining about the event and the fact that there was dry ice there because she is “EXTREMELY allergic to it”. Her account has since been suspended.

Hours before Banks was scheduled to perform, the first day of the three-day festival at the RC Cola Plant went relatively smoothly. The crowd grew larger as the night went on, and fans enjoyed the DJ sets and drag artists performing on stage. By 1 a.m., hundreds of fans were at the stage, dancing to a DJ’s music and waiting. And they waited. And waited. And waited. 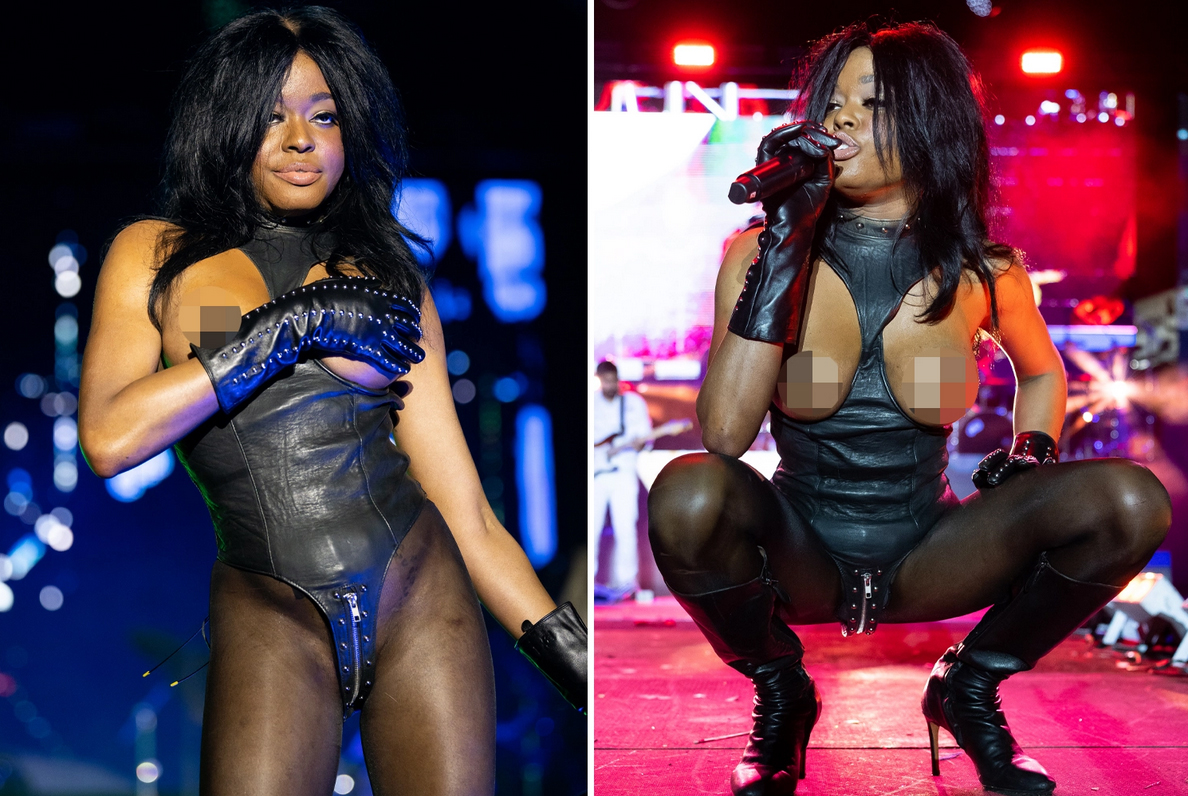 The DJ on stage tried her best to keep the crowd’s energy up, but by 2:30 a.m., people grew frustrated. Some chanted for a refund. Others chanted, “Bring her out!” Finally, around 3 a.m., Banks walked on stage. She wore a bodysuit that exposed her breasts. Banks, who noticeably had low energy while performing, took a break from rapping to speak to the crowd about her frustrations with the event organizers. “I was being f—ed with,” she said. Banks’ words offended performers who were in the VIP section. Some yelled at her to go home. Several left.

Banks is notorious for controversy and Twitter beef. The rapper has gone on homophobic and transphobic rants in the past. Despite her behavior, Banks has retained an LGBTQ fanbase for years. But the chaotic performance at Wynwood Pride doesn’t bode well for the rapper’s reputation in her new home city. Banks moved to Miami in 2021.

Banks also claimed that there was dry ice on stage that gave her an allergic reaction. In a Twitter thread, she said that someone spit water at her “from his hpv lesion infested mouth,” and she made inflammatory statements about “the Hispanic citizens in south Florida.”