“They say that if you can see yourself doing something else, you shouldn’t be an actor. Well, I can’t. It’s a difficult life, but I can’t live without it, and the more time passes the more I love it. I have been doing this for a while actually, I got my first agent when I was thirteen, so I don’t know how to do anything else really, if you think about it.”

Those are strong words from Coral Mizrachi, a determined actress who will stop at nothing to be all she can be. Coral has been in the acting game for some time and has grown exponentially. She has worked with industry titans like George Heslin, Ski-ter Jones, David dean Bottrell, Jennifer Mann, Andrea Meshel and more. Before her success in New York, She first got her feet wet in her native land, Isreal, at the Zamir Theatre in Tel Aviv where she played Lucinda in the musical “Into the Woods”, and the set of Comedy Central’s sitcom “Shutafim”.

The 25-year-old actress was able to concur both theatre and film in two different continents. In the past few years Coral has been cast in projects all over the USA that puts her on the map to be the next big thing. She loves being both on stage and in the set, and she doesn’t find them to be so different. When talking about acting, Coral’s eyes light up with passion. “Both on stage and in camera, you have to live truthfully under imaginary circumstances, so it really isn’t that different. When I’m acting I feel the most alive. It’s ecstatic. magical, really.” However, she admits she finds one to be more challenging than the other.

“Both mediums have their own challenges, of course. The one thing that always stresses me about performing in theatre is the same thing that makes it special; it’s a one time thing. This is also what makes it so unique and magical, it’s a series of moments in a different world that will never be again”.

When asked about what she is looking for in a role, Coral is looking for a challenge. “I love roles that are complex, unique, and intriguing. That’s what we are looking for in a character, the layers”. Surprisingly, she also loves to do her own stunts and engaging in fight scenes. “I played a character in a horror movie that was stabbed in the back at the end. I was chased by cult members all around the house, and that was a lot of fun. You don’t get to do this kind of thing everyday”.

During her journey in the acting field, she has always observed other actors, and tried to learn from every performance she sees. Coral grew as an actress and her career took new heights in the past few years, being cast in multiple TV and film productions around the USA, however she had a secret that she only recently revealed. At the end of 2020, she was diagnosed with Lymphoma, stage two. Now, having beaten the cancer, she is active and hopeful.

“I am very happy and grateful to be here today with you, to have won the war over this disease. I was very scared to let the industry know I was sick, because I feared it will get in the way of my professional life. I kept it a secret for a while. I thought that people would only think of cancer when they think of me and would not think that I am capable anymore. But I underestimated the industry, after all, we are all humans, and people were there for me and supported me. It didn’t affect my professional life at all, and I’m very grateful for that.” 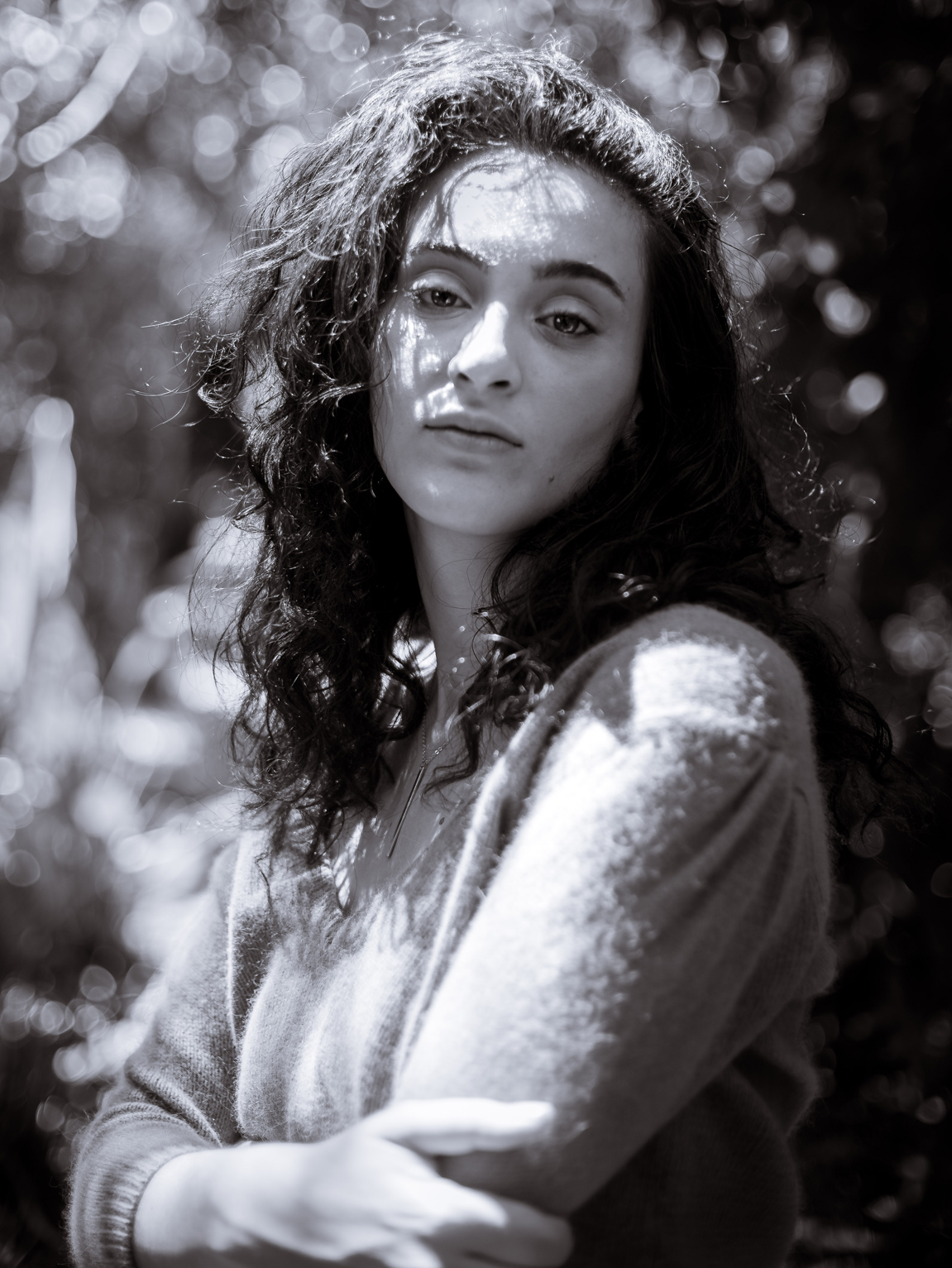 Only recently Coral worked on Wesley Aldrich’s upcoming Official music video for his new single “You Can’t Kill Me Now”, where she shares her experience dealing with cancer.

“It’s a unique project because it’s following the story of me beating cancer, so I was given a lot of creative liberty with it. Having such an intimate and personal subject to work on was challenging, but rewarding and emotional. Some of the shots are actual documentary shots that happened, and some are reenactments. This project gives you a real glimpse into what it was like to go through chemo, from a person who went through it. It was an amazing journey for me, that really helped me to deal with the disease. I am eternally grateful to Wesley for the opportunity, for Audrey Lane who directed and for Roi Ziv the DP that was with me throughout everything. The music video is right now at its final stage and will be released pretty soon, which is extremely exciting.”

Coral who is not only an exceptional artist and a fighter, also co-founded her own production company named Quilt Arts and with it she is developing new projects in the multimedia and television industry. In addition, 2022 looks like a busy year for her as she is gearing up to shoot an episode on the new web series that The Telly Productions is working on and a heist movie with director Ben Willis. Coral is looking for 2022 and beyond to be productive and fruitful, and we can’t wait to see what she does next.