The company, Ziel Dance Theater (ZDT), hosted their first in-person performance and film screening titled, “Ziel Dance & Film Festival (ZDF) – Refractions” that was a based on the isolation period of the pandemic along with a deeper meaning to let go and find the light to lead you forward. The idea was created by Devin Ziel and Tomislav Nevistic was chosen by the artistic director to create the dance piece. During the time most of us were locked in our homes, Tomislav used his artistic talent and began working on specific paintings that reflected his feelings dealing with the isolation. The works set the stage for the choreography that led to the dance performance. The choreography was enhanced with different types of music like mystical bell sounds to old ballroom music, all the way to rock and optimistic Bach recomposed by Max Richter.

The show was presented at the David DuPuy Studios. The dance show also debuted the film “Chamber” by ZDT founder, Devin Ziel the project was her response to the pandemic. Both the dance, music and film offered a three-dimensional view of what we all experienced in one way or another. The project “Chamber” is a psychological dance film whose setting is a mirrored room that is closed in to reflect one’s own viewpoints. The indoor performance was geared to offer a delightful view of a dancer’s world while facing the uphill battle that affected everyone in 2020. Devin also performed in the show who imagined film is seen through the eye of a performer.

“The artistic director of Ziel Dance Theater – Devin Ziel came up with the concept. The concept can sound very scientific but our purpose was to find the poetry and imagery through art. The main theme and purpose were looking within and finding all the refractions reflecting inside and outside through our imagination and the feeling first and then manifesting it into physical and to the outside, refracting our own experiences, feelings, and hopes. Also, I believe that Ziel Dance Theaters’ Refraction was one of the first in-person performances in New York since the pandemic and was also a way to lead the audiences into the culture and art scene of New York after a year-long silence,” added Tomislav.

Tomislav, who became immersed in dancing after discovering the show “So You Think You Can Dance” has come a long way since then. He began dancing at the dance studio Step By Step and received formal training at the School of Contemporary Dance Ana Maletic. Tomislav eventually entered dance competitions globally and had won many prizes including two silver medals in the 10th World Dance Olympiad Moscow. After graduating with an Oscar in Dance Knowledge in his native Croatia he moved to New York and studied at the Alvin Ailey School. He also joined the Graham 2 company while he was studying under the scholarship at the Martha Graham School. 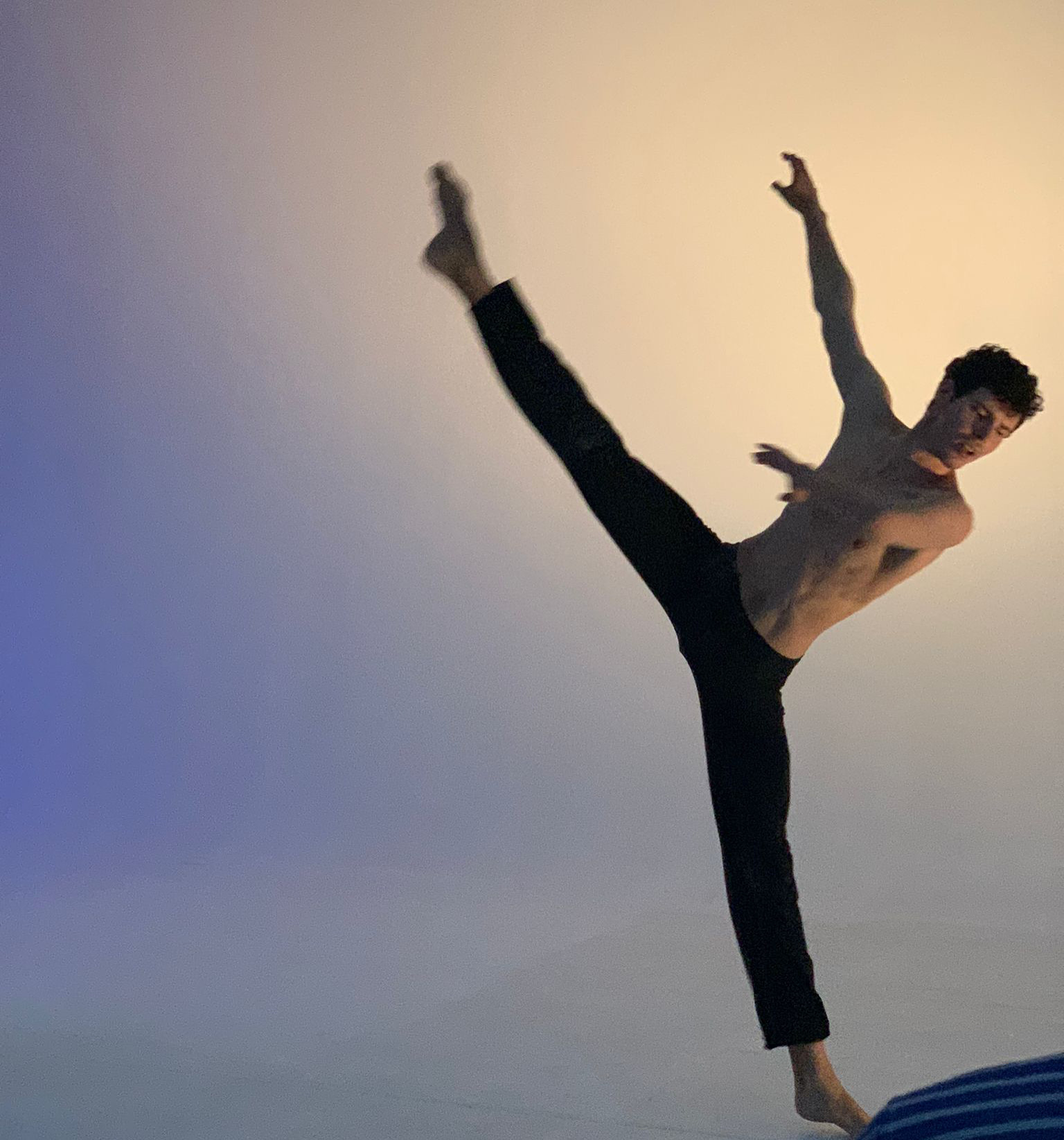 Since the performance of “Ziel Dance & Film Festival (ZDF) – Refractions” new projects are underway. They recently premiered a new performance piece entitled “Freedom?Britney” which was inspired by the pop princesses’ shocking court testimonial. The artistic director Devin Ziel is working on the finishing touches for an upcoming show in December and the following year. In addition, the Dance Theater will be showcasing the “Chamber Experience” in January of 2022 as a sequel to the “Refractions Festival” which Tomislav will dance in the principal role. The show will be an immersive mirror installation removing the line between what is real and what is just the reflection. The audience will become a part of the performance as well making the whole experience dreamy and mystical.

“Reflections of oneself into many characters, fragmented traces of personality, and expression of being captured by the artist’s own judgment, possibilities, and ways to escape. The film was filmed in a mirror installation – a small chamber that now ZDT will bring to a bigger scale so that the audience can experience it firsthand and get the feeling of many possibilities that our imagination has.”