During these tense times where most people are on the defensive there are a few who utilize their talents to bring people of all walks of life together. Yuliana Sleme Zetina is one of those individuals who have managed to bridge the gap between Mexican and American folks with her skills as an actress. Her desire since stepping into her acting shoes was to educate non-Latin people of the beauty of her culture while meshing it with the American fabric.

“I chose acting to be my career when I was really young. My father introduced me to poetry and that led to me to experience musical theatre and then I was hooked.”

So far, she has managed to do just that with one solid project after another. She was first inspired by her father and then inspired by well-known actress Carla Souza (How to Get Away with Murder) and teacher Oscar Ibarra. Yuliana would complete her acting studies at The New York Conservatory for Dramatic Arts under such talented teachers like Jay Goldenberg, Richard Omar, Amy Marcs and Alan Rackham. There is where she learned to open up as an actress and allow her talents to flow.

Her innate talent combined with what she acquired at the school began to be noticed. She landed the lead role in the production “GLEAM” where she played the character Abby who suffers from a sickle cell, which she tries to overcome to be the painter she wishes to be. That production was screened at the New York Film Academy, her perfect performance led to more auditions and landing roles in more productions. Following that she was quickly cast in the horror short film “I Have Demons”. This film really portrayed her knack of getting into character, which was getting into the lead role of Mia. 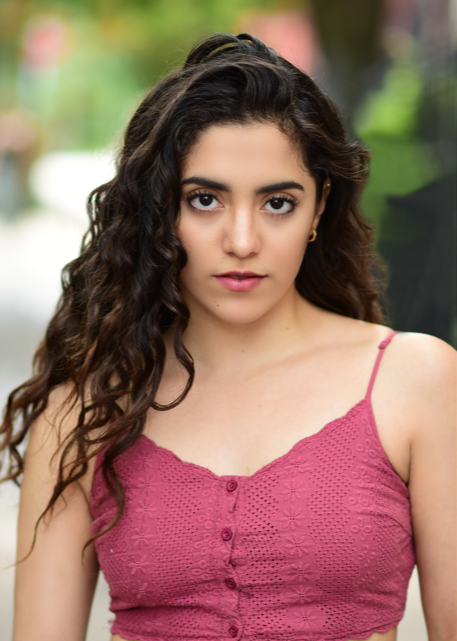 Yuliana has managed to take on roles in different mediums whether it is TV, film or theatre. Yet she admitted she might enjoy theatre the most since there is automatic gratification. But she would never shun a TV or film role since she loves this medium for different reasons. She has recently locked in two more projects a TV series titled “Émigré” directed by Freddie Connor, which is in post-production and the feature “We Are Young” (playing the role of Camila Balero) directed by Steven Laudisi, which is in pre-production. In the crime and drama TV series she plays the role of Lina, the film focuses on the subject of trafficking and survival. Also, on the table is a pilot called “La Botanica” directed by Yerania del Orbe, a bilingual production that explores Dominican culture, where she takes on the lead role of Graciela.

Recently in theatre she portrayed Fenris Ulf in “The Lion, The Witch & The Wardrobe” at the Height Players in Brooklyn Heights, Brooklyn December 6-15. She was also part of the “Black Box New Play Festival” that was held at the Gallery Players in Park Slope, Brooklyn January 23-26. On the horizon Yuliana has booked a role on the Production of “How to Succeed in Business Without Really Trying” with the role of Rosemary. It is a Musical Theatre production produced by the Brooklyn Players which will be presented at the Brooklyn Music School at the end of March.

Yuliana has developed a solid foundation in three different entertainment areas which is rare for most actors. Her desire and knack to take on whatever comes along is a testament to her talent. A versatile actress whose goal is to bring all walks of life together to enjoy the beauty of theatre, film and TV.