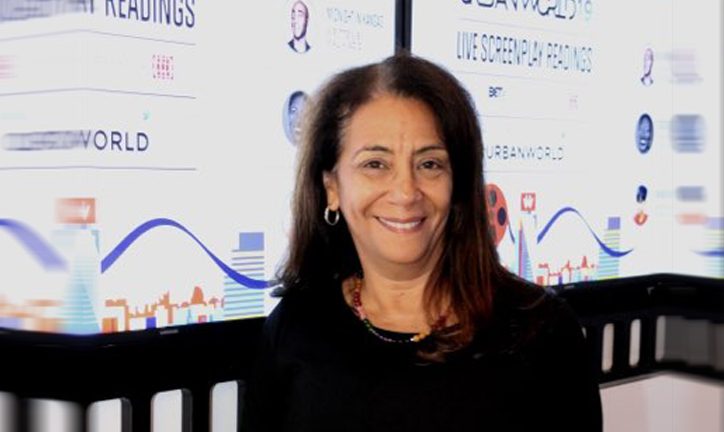 Ever since her days at the High School of Performing Arts, Deborah Lee Fong has never hung up her acting / dancing shoes. Only recently at the 23rd Urban World Film Festival did she appear as Agnes in the production of “Secret Santa” during the Live Screenplay Readings. The event was presented by BET in partnership with the Writers Guild of America East. Deborah has been acting and dancing for as long as she can remember dazzling audiences with her God given talent.

She is well-known for her roles in such programs like “Footsteps” and “Footsteps 2” and on the PBS
film “You and Your Decisions”. She has been at the performing game for close to thirty years and has not intended on stopping any time soon. Deborah, as we mentioned earlier, received her first taste of acting / dancing when she attended the famous High School of Performing Arts where she was accepted as a freshman in the Drama Department. It was one of the best experiences she says she ever had working and meeting talented people from all walks of life. Her journey really all started when her mother took her to The Neighborhood Playhouse (children’s program) which is where her love for acting and dancing took root.

Like many artists they end up attending a college to acquire educational credits that do not align with their true passion. This happened to Deborah when she was accepted and attended the United States International University in Mexico City. Yet she yearned to fulfill her creative side and discovered that her university had a School of Performing Arts (kismet) division in San Diego (USIU SPA) and was accepted into the program. After graduating she returned to New York and joined the Latino Playwrights at Henry Street Settlement. There she worked with Carla Pinza on several plays and staged readings including an outdoor presentation at the summer festival at Lincoln Center of original poetry by Latina poets. Her knowledge of dance came into play when she choreographed sequences for the Obie award-winning production of Pericles at the Jacques Cocteau Rep Company directed by Toby Robertson.
She would move on from there and became part of the Creative Arts Team where she worked with young bilingual actors to hone their skills in drama while creating a positive change in their lives.

“During my tenure of ten years with the Creative Arts team (CAT), they were affiliated with New York University at the time, the company doubled in size and I served as the Artistic Director of CAT’s Gato team utilizing theatre strategies to engage, inspire and educate. During my time with CAT; we produced a show about Rosa Parks, we toured the show in NYC public schools and in Detroit. I had the great privilege of meeting and developing a friendship with “Mother of the Civil Rights Movement. I also worked with a former CAT colleague for to raise funds for the Rosa Parks Foundation. Mrs. Parks was kind, gentle and unassuming. I am fortunate and blessed to have been in her presence and her strength has served as an inspiration to me in all that I do.”

Her recent participation at the The Urbanworld Film Festival which was founded in 1997 by Stacy Spikes is a five-day Festival that features showcasing narrative and documentary features, short films, spotlight screenings and conversations, and live staged screenplay readings. This is where she was asked to participate in the Live Screenplay Readings by Tracey Moore as the character, Agnes. It was a character that Deborah truly enjoyed playing. During her time in the acting / dancing game her talents were noticed by many like Frank MacKay on his show “Breaking it Down with Frank MacKay” where she was interviewed not once but twice.

“He made me feel very comfortable, we talked about my earlier experiences in Mexico, which to be honest I had not thought a lot about for many years. So, it was a good feeling recalling those times.”

Deborah has managed to maintain her passion for performing through the years and has not missed a step. In 2020 she is already slated for a short film about pursuing your passion, not giving up on your heart’s desire, which is exactly what Deborah Lee Fong has done and continues to do.