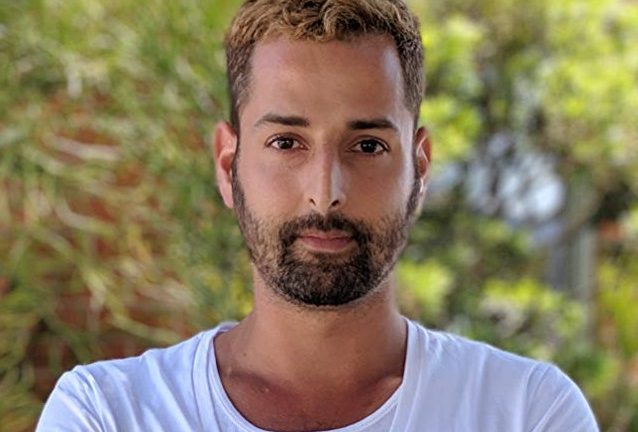 It seems every artist has more than one talent be it a writer who can draw or a singer who can dance. When it comes to artist Gal Yefet it would be two very different disciplines being a dancer and a filmmaker. For Gal, film was his first love after digesting the silent film “Modern Times” which was a Charlie Chaplin classic. He was mesmerized by how without color or sound a story was told and accomplished its goal of drawing in the viewer. Gal, who hails from Israel has always set the standard for himself at a higher level and is always striving to become more than what he is every day.

“I have always found that the best way to learn about people is through their ambitions and dreams. My foremost desire as an artist is to be the best version of myself, contributing maximal added value to the lives of others while developing my own passion. At a very young age, I started to feel like there was more for Gal. It was clear to me that there’s something different, that I’m not like the others. That I have huge dreams and that I want to be extraordinary. I’d wake up every morning and ask myself how can I be the best Gal today?”

One of Gal’s biggest inspiration when it comes to films is Alfred Hitchcock’s “North by Northwest”. For him the acting of Cary Grant and the music score by Bernard Herrmann along with Hitchcock’s shot’s is intoxicating. The tense and humorous elements of the film are key parts that have touched Gal who hopes to find his own magic in his work. Gal began working on indie films in his early twenties and won his first award at the annual Festival du Film de la Relation Attention (Paris, France, 2016). The film “The French Touch” won the ‘La Ruban d’Or’ award at the festival. It was a huge accomplishment for a young director / producer. He worked on the project with fellow filmmaker Eugene who told Gal about the festival accepting projects. The film centered on the topic of the provision of service by Air France –KLM which was filmed at Ben Gurion Airport (Tel Aviv, Israel). It actually surprised them that they won but the joy of it was amazing for Gal. He studied Theatre Arts and Philosophy at Tel Aviv University then went to New York and completed his studies at the New York Film Academy.

It is no surprise that Gal would be a gifted artist since he comes from a talented family. His father is a musician, his mother a pianist and his sister is a dancer. As we mentioned earlier Gal did pick up dancing in his younger years but film was always a stronger force in his life. While in the United States he also won another award at the AT&T Create-a-thon competition in Los Angeles for the project “The Key”. There have been many projects that Gal has worked on since 2015 but one does stand out for him entitled “Amputation Command”. This project was a sensitive one since it led him to work with prisoners in jail. It is based on personal stories and materials that were shred between the students and prisoners. It ended up being a full-length play which touched upon what the students had undergone with the prisoners. It was an interesting approach which Gal was looking for truth and authenticity.

Even though Gal has done some acting work he is more comfortable working with actors as a director. He did take acting classes while completing his BA and has worked on some short films and produced and acted in a music video called “Mister Dribble Drabb”. But in his heart he is a director / producer. Presently, he is working on a new project entitled “Rivka?” which was inspired from an enlightening experience that Gal had. The film follows the lives of three elderly women who spend quality time together until one passes and the other two attempt to carry on without her. It is a dark comedy that offers a refreshing take on life, death, friendship and old age. It is in post-production at the moment and close to being finalized. Besides this project he is also working on a TV pilot which is a comedy series and three other film projects with a fellow producer, Luis. The projects are titled “Searching for Alice”, “Rock Me Mozart”, “My American Dream” and “Ohana”. He is also working on business plan for a new studio with two partners which their hoping to launch in the spring. Their goal is to provide resources for recent film graduates at the beginning of their careers and to make it 100% foreigner friendly. Gal is on a major mission to bring realistic stories to his growing film audience and to new comers as well.