The international artist, Eliya Rodeh, who hails from Israel, always had a positive outlook on her God given talent and knew she would put it to good use. As a young girl she was taken in by a musical that she saw in her native land, which was an Israeli musical version of Peter Pan. There was one certain actor, Sasson Gabay who played the character Captain Hook that really caught her attention. That specific performance had her hooked (no pun attended) on following into both singing and acting.

Eliya would eventually take her inspiration many steps further when she came to NY and began planting flags everywhere. She first completed her studies at the Israeli Arts and Science Academy and later at the Jerusalem Academy of Music and Dance. And followed that up continuing her development in NY, by completing the Stella Adler Conservatory Program and flourishing at HB International Students Program.

After completing her studies she was cast in a few productions like “Who Are You? A Musical” at the Midtown International Theatre Festival, one-act plays “Hitch”, “Ashes to Ashes” and “Murderers Anonymous” at the Producers Club and “Two Cents Plain” with Wiseman productions (different locations in the city). She also went ahead and co-founded an international all-female ensemble called Virago Ensemble. It was organized to empower woman’s vocal talents and sharing their creativity to produce their own projects. They produced two successful events: a reading of the play “Last Summer at Bluefish Cove” by Jane Chambers and “Through Our Eyes: A Collection of All that We Are”.

They also presented a collection of various projects like the workshop production of “Kiss That Frog” by Serena Cates. Her experience with the ensemble offered her the opportunity to wear two hats, being a part of the production team as well a cast member. This taught her the business side of indie-theatre. She eventually linked up with the company she is with now, Dirty Laundry Theatre. Eliya became involved with Dirty Laundry Theatre via her friend Ron Orlovsky who was already involved with the company and after Eliya heard all the positive info she jumped on board. It became her artistic home.

“Ron was excitingly telling me how he just got an opportunity to direct an experimental project as part of a play development process of a new theatre company he’s a part of. As he asked if I’d like to help stage managing, I immediately agreed. Shortly thereafter I met the rest of the team and realized we all share the same core values and vision of the art. I’m a strong believer in the power of personally experienced theatre to change people’s lives and hearts. By Joining forces with passionate artists, who’d be using this power to create better understanding and openness between people of various cultures in NYC, is definitely the right place for me!” 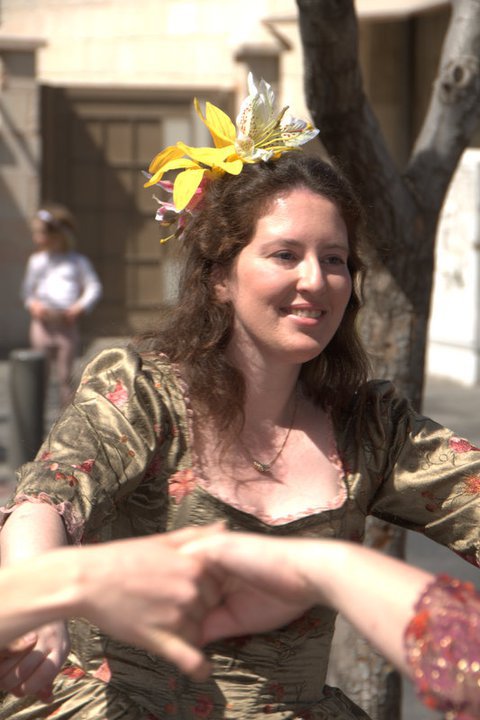 Eliya who sings and acts does not prefer one over the other but the combination of both. Hence, most of her works are musicals. She enjoys the power of musical theater and its entertaining nature that is meant to inspire change and elevate the audience. One of Eliya’s goals is to touch people in a positive way and show that were all in the same struggle, we call life. To her, art is the vehicle for sharing all types of emotions whether they are joyful or painful.

One of her stand-out projects was “Terezin – The Town As If” which she not only performed in her native land but also in the US in Philadelphia while on a tour.

“In this project we brought to life cabaret songs that were written in the Theresienstadt ghetto during the holocaust. The cultural life in the ghetto helped those who were imprisoned there to retain their identities and promoted their survival in an extremely dark time. Sharing that with different audiences was a humbling and meaningful experience for everyone involved. It taught me how powerful and impactful theatre can be when it is honest, truthful and kicking. This is the kind of theatre I aspire to create.”

Currently, she and the Dirty Laundry Theatre crew are planning the first official season of Dirty Laundry Theatre. They have already launched a fundraising campaign to assist in the upcoming projects. On the schedule is a full run of their first play “Borders” which originally premiered at the NY Theatre Festival this past summer. It was also nominated for Best Play of 2019. The company is also working on an immersive piece which fuses a theatrical experience with a high-end dinner. The audience will be able to interact and join a traditional family Shabbat dinner where they become a part of the family dynamic, when it goes right and when it goes wrong. Besides that Eliya is also working on a solo cabaret show which is based on her family story but it is only in its infant stage at the moment. She is an artist with a specific goal in mind and will keep growing and inspiring others in the process.