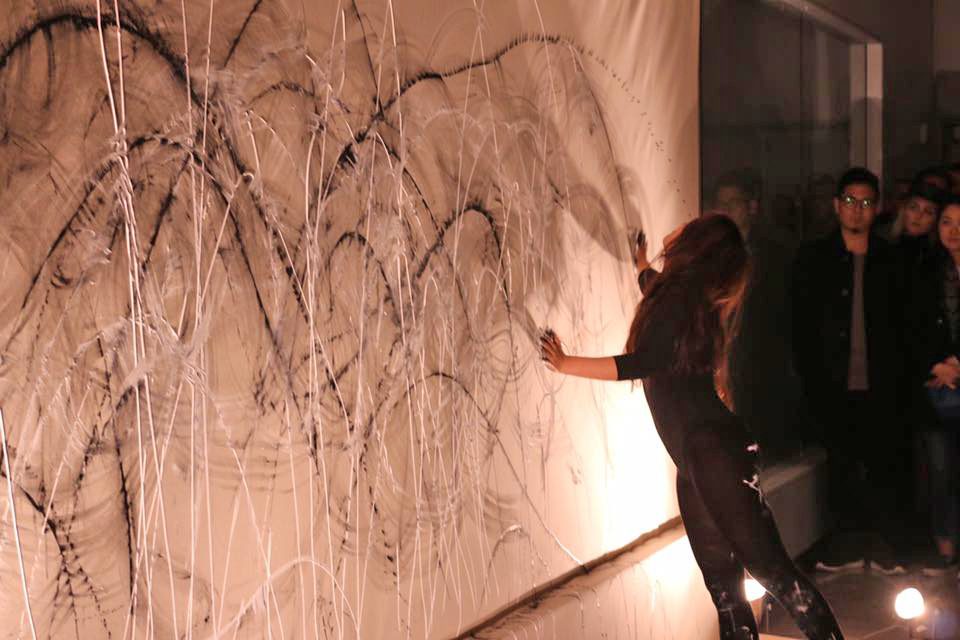 Behati Prinsloo stars in the SK-II Power of Pitera Campaign

If you are in search of real creative and somewhat radical art Scynge Xing has the answer. This interdisciplinary artist has managed to elevate her game with amazing works. Xing began her artistic journey as a painter at first but took her vision to a different level. She has incorporated the mark left by the body as her brushstroke, if you will, to create a fusion of art, design, and performances through the elements of bodily movement.

Scynge Xing’s works span a wide variety of media, including painting, photography, video, performance art and sound installation. From many fields and topics, she has demonstrated her personal interpretation, and her work which explores the idea and issues of culture, history, identity, and gender in the era of postmodernity and globalization. Xing also drew inspiration from such Artists and Choreographers including Anne Imhof, Shen Wei, Performance and Conceptual Artist Francis Alys, Jannie Antonie, and Land Artist’s like Nancy Holt as well as Christo and Jeanne-Claude. One of her more personal projects is entitled “Ji? Shén·Dionysus” which combines many moods, forms and styles. It is created on a grand scale which is splashed with the spirit of Chinese long scroll ink painting to the daring use of gasoline / alcohol and the fusion of her body movements among the smoke and charred remains.

“As I first studied painting and drawing I felt restricted in my vision of what kind of work I wished to convey. This is when I decided to look to create works by fusing art and performance to better express my inner thoughts a sense of meaning through abstract expressionism.” 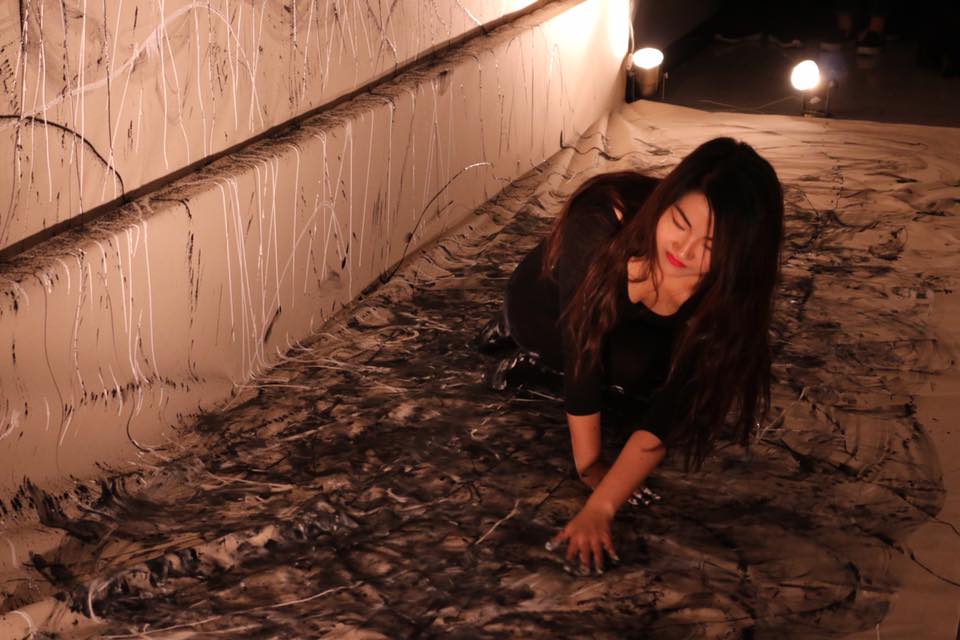 Xing graduated from Sewanee, TN, The University of the South, with a B.A. cum laude in both English Literature and Studio Arts and an MFA degree in Fine Arts from Parsons School of Design at the New School in Manhattan. At Parsons is where she learned more about radical and experimental work and she continued to practice in that space. She discovered new ways to experiment by improvising and using different arrangements of special movement and the environment. Her work may be complex for anyone who does not understand performance art but it is something one would need to experience.

When it comes to painting she would need a subject matter that makes it interesting before she would pick up a brush. For now she is more focused on movement based / collaborative work than a more traditional painting project. Her first solo exhibit was in 2016 at the Carlos Art Gallery in Sewanee, TN which was where she displayed large pieces of her work. The exhibition was entitled “Mind in Rhapsody”. 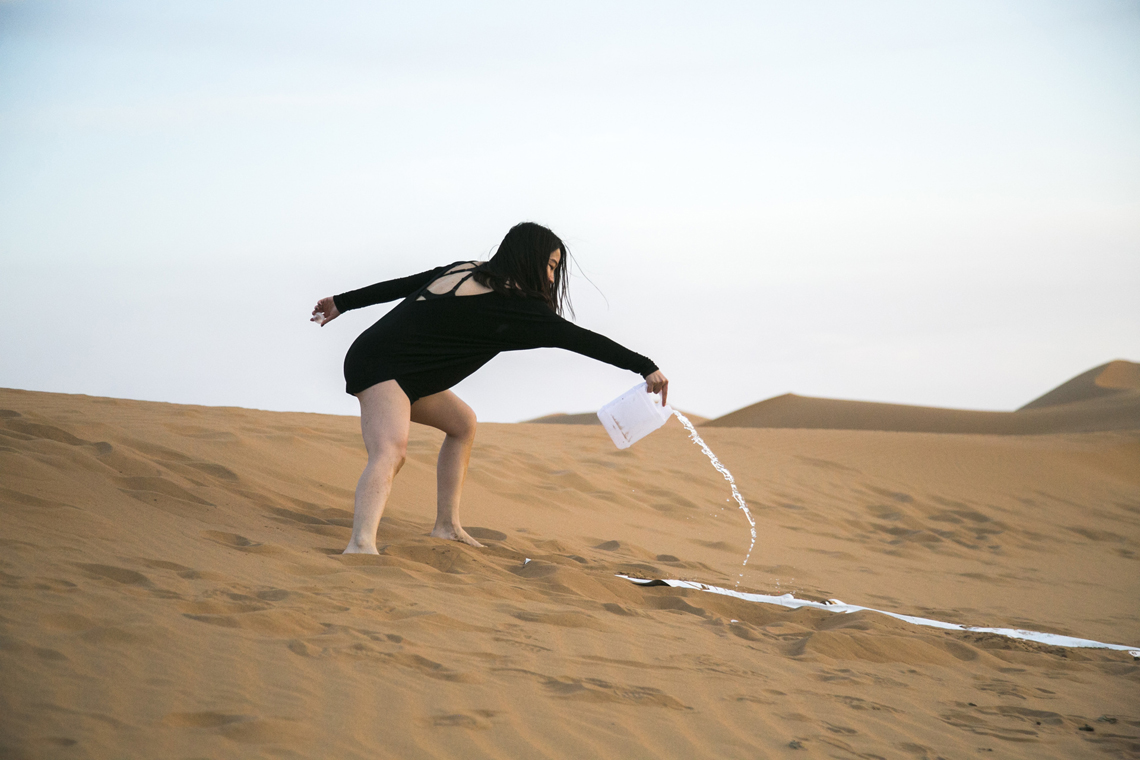 “I was able to use a lot of space that offered me the opportunity to express my cultural history which was amazing. Yet in New York is more difficult to find a gallery that would take on such large scale works. My works are more theatrical and expressionism.”

She followed up this show with a few in NY and China. In New York she was a part of group exhibit at the Unnamed Gallery for the piece “Meet Process Factory Batch”, Pier 59 Studios, and Westbeth Gallery with the piece “The Hybrid of Being” and at The Dumpster for the Friends Only: A 24 hour Art Show all in 2018. In China she was part of a show in Beijing for the piece “Matrix Comes From Womb” at the Longmen Art Museum. Prior to 2018 she had a few shows in New York, Tennessee and Woodstock, IL. 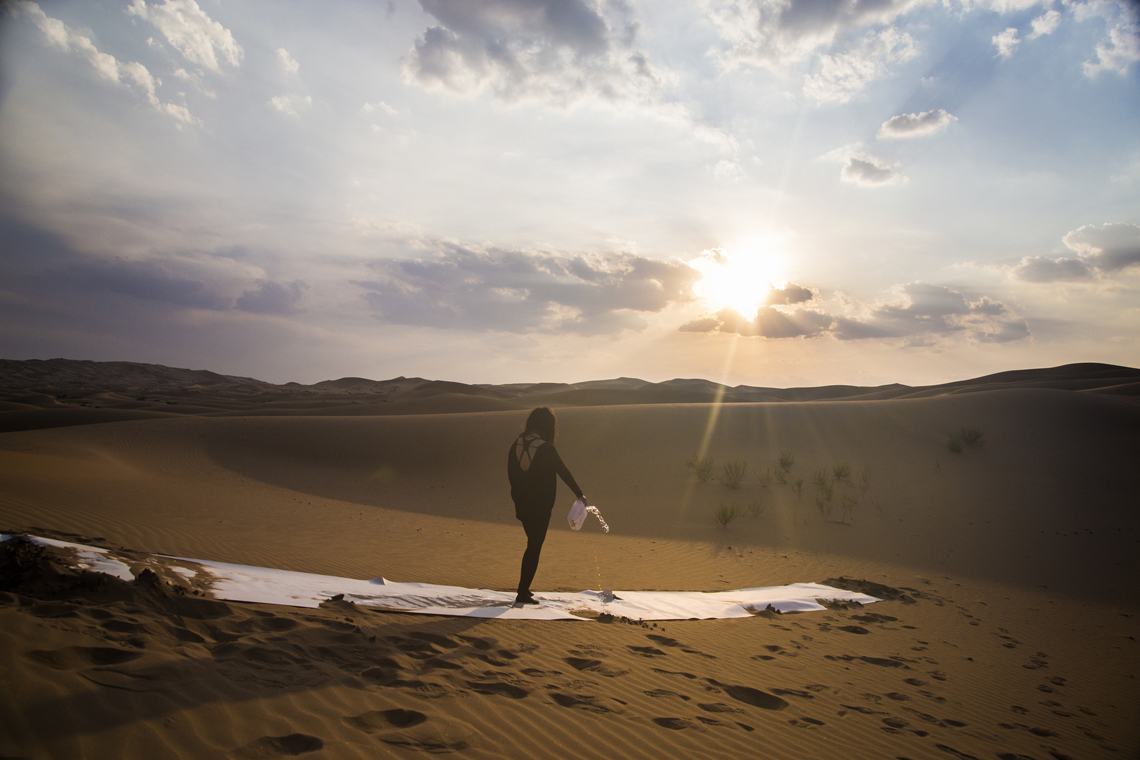 Only just recently she had an exhibit at the Oculus at World Trade Center with her piece “Here There”. Synge’s performance art and multidisciplinary work “Jiu Shen • Dionysus” was selected to participate in the “C? B? Here There” group exhibition held by the New York Asian Culture Center at the World Trade Center in New York. It demonstrated the talents of contemporary and new-generation Chinese artist to the international community. The event was viewed and participated by almost 300,000 people.

She attaches importance to her cultural and political dual identity as a Global Citizen and Chinese, and takes it as a starting point for the performance art “Jiu Shen • Dionysus”. Inspired by her performance and multidisciplinary art project “Jiu Shen • Dionysus,” she cooperated internationally with renowned jewelry brand Chow Tai Fook to showcase the cross-genre jewelry design “The Goblet” in the 2018 New York Spring Fashion Week at Pier 59 studio. This limited-edition jewelry received wide attention from well-known media such as Reuters.com, APnews.com, and sohu.com, etc. It was shown and promoted through online e-commerce platforms such as Alibaba & Taobao and was also successfully showcased in many internationally renowned cities in China, New York, and Singapore. 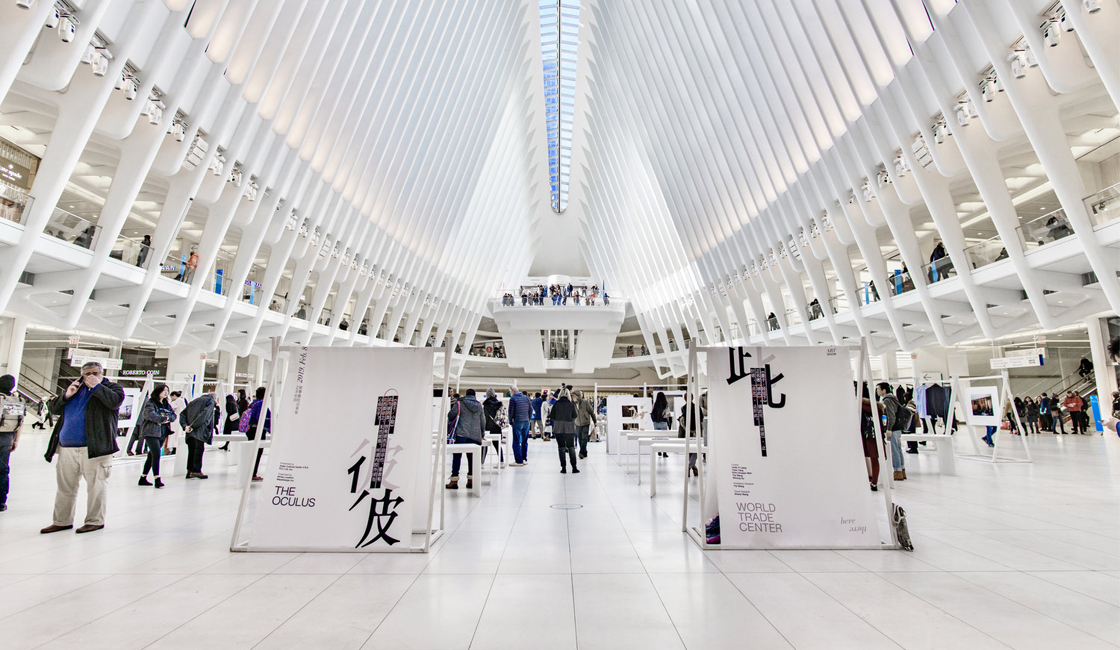 Throughout the years, Scynge’s talent and achievements have won recognition and praise from many experts and peers from the art field. From 2017 to 2019, Scynge joined the performance art ensemble “The Moving Company” previously led the well-known American performance and sculpture artist Tamar Ettun and now by Rebecca Pristoop as the Artistic Director. Scynge has also exhibited her art works at many famous public locations, gallery and well-known art institute following with “The Moving Company” performances including “PINK” exhibited at the Fridman Gallery in Manhattan New York, Katonah Museum, and 50th Anniversary Public Art Festival at New York Central Park. Performance artwork “BLUE” has been presented at the New York Art Dealer Alliance in 2018, and the “Whose Is A Place” was exhibited at Elmhurst Sculpture Garden, Queens, New York, and at the public art venue Artlot, Brooklyn, New York, in 2019.

Scynge Xing follows her own mission statement and manifesto which is basically a road map for her creations. Her work demonstrates a strong culture and personal essence. Her solo artwork “Jiu Shen” and artist publication discuss the cultural and art globalization in detail from the basis to the more profound. Scygne Xing’s unique voice will become an influential and valuable part in the conversation and dialogue of the development of art in the context of globalization and multiculturalism. You can learn more about when her next project is due out on her website below.
Website: www.xingyunxin.com

Hailing from the exotic land of New Zealand, Amy Wang has become an established artist in the New York music scene. Her talent with a clarinet has made her a sought...

ARTIST OF DIVERSITY SPREADING THE MESSAGE VIA HER PHOTOGRAPHY

INTERNATIONAL ACTRESS ESTABLISHING HERSELF IN THE NEW YORK THEATRE SCENE