Cheating: Who’s doing it and When it happens to You

For most people in relationships, a commitment means no playing around, ever. That doesn’t mean there aren’t plenty of love rats out there.

Flowers being ordered to another love interest isn’t a problem, but tolls are. Records for electronic toll collection systems, like E-ZPass, are now being used to prove infidelity. Your boyfriend may have said he was in Pennsylvania, but E-ZPass may prove he was really in New Jersey.

Sadly, stories like these are hardly uncommon. Almost 50% of people admit they have been unfaithful at some point in their lives, which means sooner or later many of us will have to deal with a wandering eye — ours or our lover’s. But don’t lose hope just yet. There are ways to avoid infidelity as well as repair a relationship already damaged by an affair.

When He Breaks Your Heart
Discovering that your significant other is having an affair is a nightmare. Suddenly, your world is crumbling, but it doesn’t have to. Maybe that hubby who was caught sneaking deserves the worst being handed to him, but that isn’t the only answer. Sometimes, you can rebuild your trust, and you can fall in love all over again:

Preventing an Affair
Relationships will always ebb and flow, and inevitably, there will be moments when temptation beckons your partner. But if you’re worried he might give in, you need to determine the root of you suspicion and communicate your fears to your man. Are these your issues left over from a previous relationship? Or is your lover really straying? Find out: 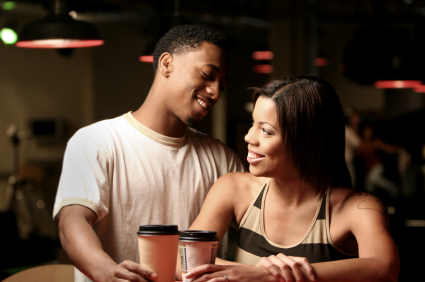 When You’re the One Who’s Tempted
Studies show that women are just as likely as men to cheat, which means you may have thought about it. First of all, don’t feel guilty if you’re having naughty thoughts about the UPS guy who delivers packages to your office. He’s cute, and those brown shorts look really good on him! Instead, snag your ‘him’ his own UPS uniform, and role play. But even if you have more than a harmless crush on another man and are on the brink of having an affair, you can still find alternatives to jumping into bed with that other man, whom you didn’t promise to love, honor and cherish.