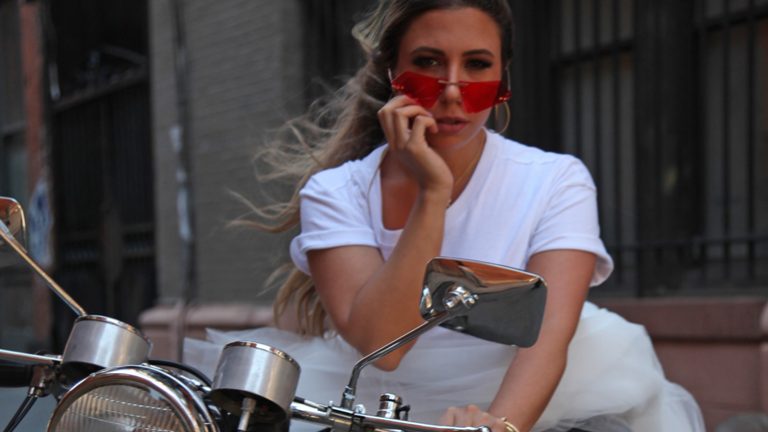 In todays music landscape you have the Katy Perry’s, Lady Gaga’s and Cardi Lee’s of the world. They have made a mark in the industry but sometimes there comes along a fresh new voice that can create a ripple in the over-saturated market. Bria Lee happens to be one of those performers.

Her vocals and talent on the piano are not withstanding. She came to Manhattan from the scenic state of Rhode Island to tackle the music scene and so she has. Her talent has been recognized by not only the club circuit but record labels. She was signed to Republic Records before she knew it. She ended up working on projects with PitBull and Fat Joe. The track “One Shot” was with Fat Joe and remixed by PitBull. It became a big win for Bria.

“I’m very blessed to have had the opportunity to work with such prestigious artists so early in my career. They’re both incredibly talented people as well as kind. I enjoyed the experience a lot. Doing the music video for my song “One Shot” with Fat Joe has been one of the most surreal moments of my career so far. He was awesome. “

The support from her parents was instrumental in her success. Yet tragedy struck with the loss of her father and she walked away from music for a while. But she soon realized that her father would have wanted her to continue her musical journey. She studied classical piano at New York’s Manhattan School of Music. With that and her singing and songwriting abilities she became a regular in the NYC jazz scene.

Bria’s music and vocals have been compared to such acts like Alicia Keys and Amy Winehouse. She is multi-faceted and can play the piano, sing, write lyrics and also play the ukulele. In the time that she came on the scene she has released three projects “One Shot” w / Fat Joe which was remixed by PitBull, “Purple Clouds” and “Piece By Piece”. Currently, she is in the planning stages of releasing her first EP entitled “Little Room” which will feature fresh new music.

You can catch Bria at her home the Bitter End where she has a residency. Her next show is on September 12th. Let’s not forget to mention that she had performed the national anthem at a NY Jets / New England Patriots game at MetLife Stadium to a mesmerized sold out audience. Keep up with her upcoming shows and new music at – https://www.brialeemusic.com/