For anyone who grew up in the 70’s and 80’s would have experienced the genius of bands like The Eagles, The Outlaws, Lynyrd Skynyrd and other legends. A musician like Jay Clark was heavily influenced by these acts that have shaped his personal style and delivery. Before Jay would be able to apply his personal touch he performed in many various bands within the club circuit. He would soon branch out on his own and travel to Nashville to work on his first EP.

His first demo EP was entitled “Never Too Late” after this project he founded what would become the Jay Clark Band (JCB). He brought together Rob Carlson as lead guitarist, Keith Westheimer on bass (Monkeyshyne and June Halo) and Tony who was actually a drummer in the Air Force. In 2017 they released their debut album “Cocked & Loaded” which earned the moniker “country metal” for its hard hitting sound.

“I certainly didn’t set out to create a new genre I just wanted to blend my favorite bands which as I said has influences of both southern rock and country so I think that’s where that comes from.”

When the time came to develop the Jay Clark Band, Jay’s focus was to create a Joe Walsh/Tom Petty/Skynyrd sound. He wanted to try to mix story telling with rock vocals and harmonies to create an enjoyable experience for fans of all ages. Their second album “Turning It Up” (2018) featured their hard rock driven sound with tracks like “Crank it up Loud” and “Won’t Let You Down” they did not disappoint with the third album “The Time is Now” and their signature sound.

“I wanted this album to expand on my sound with more energy, angry guitars and thundering drum beats. This record was written with the live show in mind. I tried to write tracks that would get fans up off their seats. I wrote “Stand Out” and “Not Giving Up” soon after finishing the “Turning It Up” album and those tracks were the foundation to the heavier sound. Add in “You’re Going Down” and “Bring Down the House” and you have four straight up rockers and they are what I consider the core of the album. The rest of the record I wrote to stretch the band musically, add variety and try to surprise the listener as they move through the LP.” 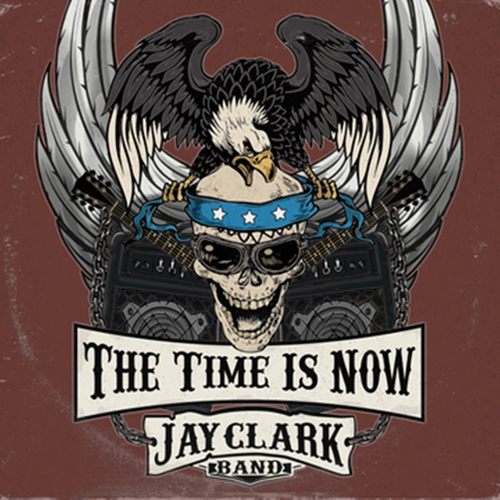 So far JCB has built on their social media with over 5000 Facebook followers / likes and over 3000 followers on Twitter. For a fairly new band that is pretty good since they are still growing their brand. The exposure has helped the band and at many shows Jay has caught fans singing along to the music and wearing their T-shirts. The support has been expanding. In the past month they have taken the stage at the North Park Springboro, the Ohio State Fair, The Greene – Beavercreek and in Toledo for the Special Olympics. They are looking to book more gigs in 2019 and share their third album with the masses and too keep the southern rock / metal sound alive.