ANOTHER HISTORICAL PRESENTATION BY ZHIHUA HU

Zhihua Hu has shown some impressive strides in her musical journey. On March 12 at the Merkin Hall in Lincoln Center she managed to bring together a multi-cultural musical presentation that was historical. She has always thought “out of the box” when it came to presenting her musical compositions. The concert was entitled THROUGH THE NOISE Contemporary Concert. The idea to create this vision actually festered while she was studying at the Manhattan School of Music, where she majored in composition.

While she studied there she was intrigued by the student and faculty composer driven concerts that were held every year. This is when she thought of how she can manage to have her latest compositions heard on stage with the accompaniment of composers from around the world. With that in mind the idea for creating THROUGH THE NOISE Contemporary Concert Series came to light.

Even though this is not the first time such a gathering has been arranged. But it is the first time for the series to be performed at Lincoln Center at a larger concert hall. Many would imagine that having artists from different countries there would be a language barrier. This was not a major stumbling block for Zhihua. The first two shows were presented at the Riverside Church and the National Opera Center America.

“We spend extra time explaining, communicating and understanding each other. Sometimes it’s not easy. But, luckily, music has no boundaries. We always manage to figure our difficulties out.”

Some of the composers of this impressive collective have won international awards through their career. Zhihua also invited Duo Sore Yure from the University of Strasbourg who introduced four new chamber works. A special part of the show was the opportunity for Zhihua to perform the piano works, “Une Second Infinie” composed by Ivan Solano and “Track One: Intro” composed by James Diaz and the new ensemble work “Woman Who Wears Qipao Dress” composed by herself . These works included many other musicians like American guitarist Daniel Lippel, percussionist Caitlin Cawley, Confluss Duo, and Chinese young pianist Keiwei Zhi and Yuting Zhou. 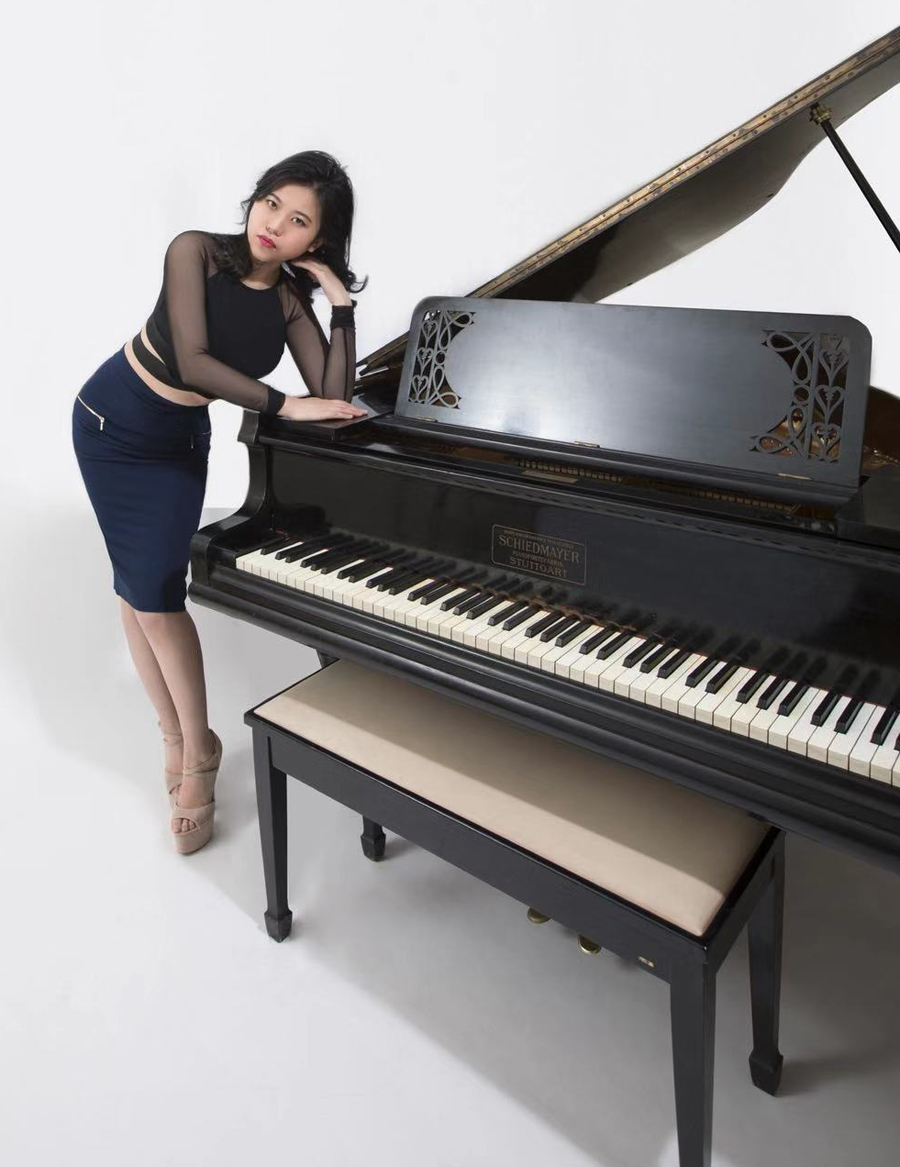 This presentation was slightly different than the last two as Zhihua explained;

Zhihua also shared that “THROUGH THE NOISE” is to explore the development of new music after “NOISE Era”. Noise Music first was recognized in the early 20th Century and this type of music offers the difference between musical and non-musical sound. When it comes to Noise Music it is usually connected to distortion or high volume. This was seen in works of individualism, polystylism or with communication technologies, as Zhihua explained. Her vision with THROUGH THE NOISE was to take a journey into the vast possibilities of what music can be in the future. The compositions are meant to inspire others to imagine what music can be beyond the 20th Century.

Besides this show that was sold out, Zhihua is looking to release her second individual composition album this year. In addition, she is also looking to plan her second individual composition concert in the very near future. THROUGH THE NOISE Contemporary Concert was not only historical but also unique as it brought together various cultures to show that we are all one and can work together to create beauty on a large scale.