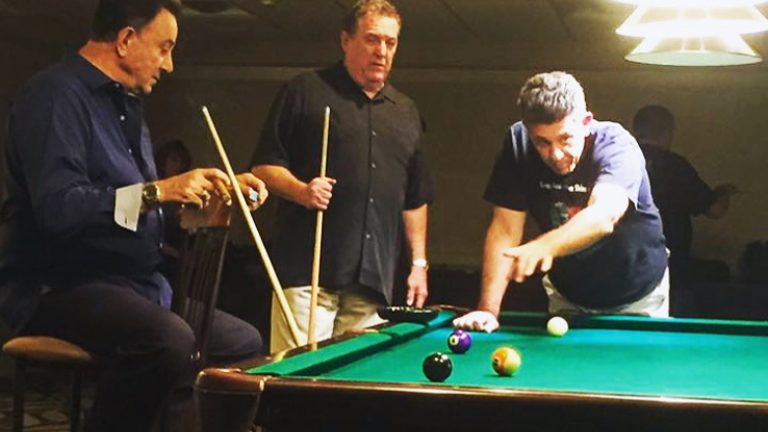 Growing up many young men were taken in by the talent of Elvis Presley and wanted to be just like him. Well that was a far-fetched dream for many but there were a few who attempted to reach that plateau in some way. Frank Lisi is one of the Presley admirers that never gave up to do what he felt was meant for him.

Before taking on the film world he saw potential in his daughter Nicole and enrolled her in the Lee Strasburg School of Acting. Yet after a while she decided it was not for her. The classes were already paid for and Frank thought, “Hey, I will take the classes instead.”

He did not regret it and would expand on them by taking extra lessons at the Carson & Kolker Agency for camera work and at Penny Templeton’s Studio to study filmmaking and acting. This opened the door for him to do some background acting.

Eventually all the studying would begin to pay off with his first project “Vanango Street” which was produced by his friends Sonny Vellozzi & Robert Bizik. This would lead to his role as the character Sonny in the short “Sleeping With The Fishes”.

“Once I step into a role my nervousness disappears. I always well prepared to take it on, of course unless I am on set with someone like Scorsese or Coppola.”

He soon would work on his own project entitled “Sicilian Tale” which won Best Crime Drama Short at the New York International Film & Video Festival in 2009. The film featured the late Vinny Vella (Casino, Sopranos) who was a big inspiration for Frank. Vinny and Frank became close friends and worked on several projects together.

“Sicilian Tale” was a promising production and brought much needed publicity. Frank soon would work hard on a new film called “The Red Corvette” which starred model / actress Valerie Bauer. The film was released in 2011 and earned an award at the The New York International Film Festival which was the “Audience Award”. At the same festival Valerie won “Best Actress” in a Feature Film”. The film is currently is streaming on Amazon. 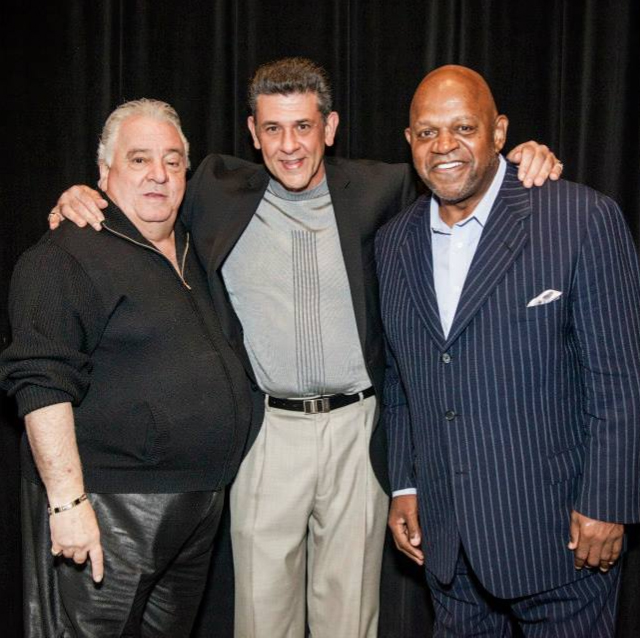 Not all that was going on with Frank was roses. From 2006-2007 he fought a battle with cancer and luckily won. During this bad time, he was gaining a lot of support and hope from his fan base which energized him to move ahead. He would do so with a thriller called “Veneration”. This film was special to him since it featured Emmy Award winner, Charles S. Dutton and actor/playwright Mark Borkowski. Also, on the project were Artie Pasquale (Sopranos) and Steve Stanulis (The Networker). It was released as a 30-minute short to many festivals and was well received.

Looking ahead Frank has another project in the bag titled “Offstage Elements” written by Maria Viola Jefferson and produced by MVJ Productions and DreamQuest Entertainment. This project is quite different than the others as it involves the music business. It is a tale of a band that is offered a grand opportunity as long as they change their musical direction from heavy rock to Christian rock. The cast Frank put together is impressive with Tony Darrow (Goodfellas), Mike Starr (Kill the Irishman), Peter Patrikios and Drew Maniscalco.

The film is making its premiere at the prestigious Worldfest Film Festival in Houston, Texas in April 2019 and its East Coast Premiere will be in Philadelphia at the Philadelphia Indie Film Festival in May of 2019. So far Frank has submitted the project to fifteen different festivals nationally. It is no wonder that the seven-year-old boy watching his idol Elvis Presley act in TV is now producing his own films.