To be honored with an award for a project sometimes goes to someone’s head but not when it comes to the young and innovative D.J. Higgins. The young man has worked extra hard to separate himself from the typical director. He has somewhat over-educated himself while earning four Masters Degrees and is on his way to completing a doctorate in Modern Languages through Middlebury College. That is not what your average filmmaker does.

Even his inspiration to forge forward with intense education was triggered by his Uncle Louie. D.J. can still hear his wise advice “to keep educating yourself since knowledge is a form of wealth which cannot be taken away from you”. His journey to study and accomplishes this task, took him abroad to Spain, Argentina and Italy while working on his many Master degrees. Eventually he would meet up with fellow aspiring filmmaker Julie Robinson and begin a tight bond in working on film projects.

It so happened that they shared the same vision of what content would be ideal in a film. They wished to create thought provoking films for the masses. To this date one of their most favorite productions was the film “Meet Mario” which captures the battles one man has with racism. They founded Meet Mario Films whose goal is to produce films that can help make a difference in the world.

For the past seven years Higgins has been churning out films with Julie and only 4 years ago completed film school. Together they have completed six films so far. As of this writing they are shooting an upcoming project entitled “Armed and Dangerous”. His work began to pay off when his film “Pasquale’s Magic Veal” won numerous awards like at the Hollywood Boulevard Film Festival for Best Comedy/Best Dramedy Short Award, at the California International Shorts Festival for Best Narrative Short and Best Actor in a Comedy for Joseph D’Onofrio (Bronx Tale) and Best Ensemble Award at the Brightside Tavern Film Festival.

“Pasquale’s was my dream project. We shot it on a Red and I really wrote it for Joe Donofrio whom I was a fan of for years. Joe is really funny and brought a great comedic presence to this dark comedy. Yes, I think in an age of dishonesty it is a film that will serve its public well as a voice of reason and truth!” 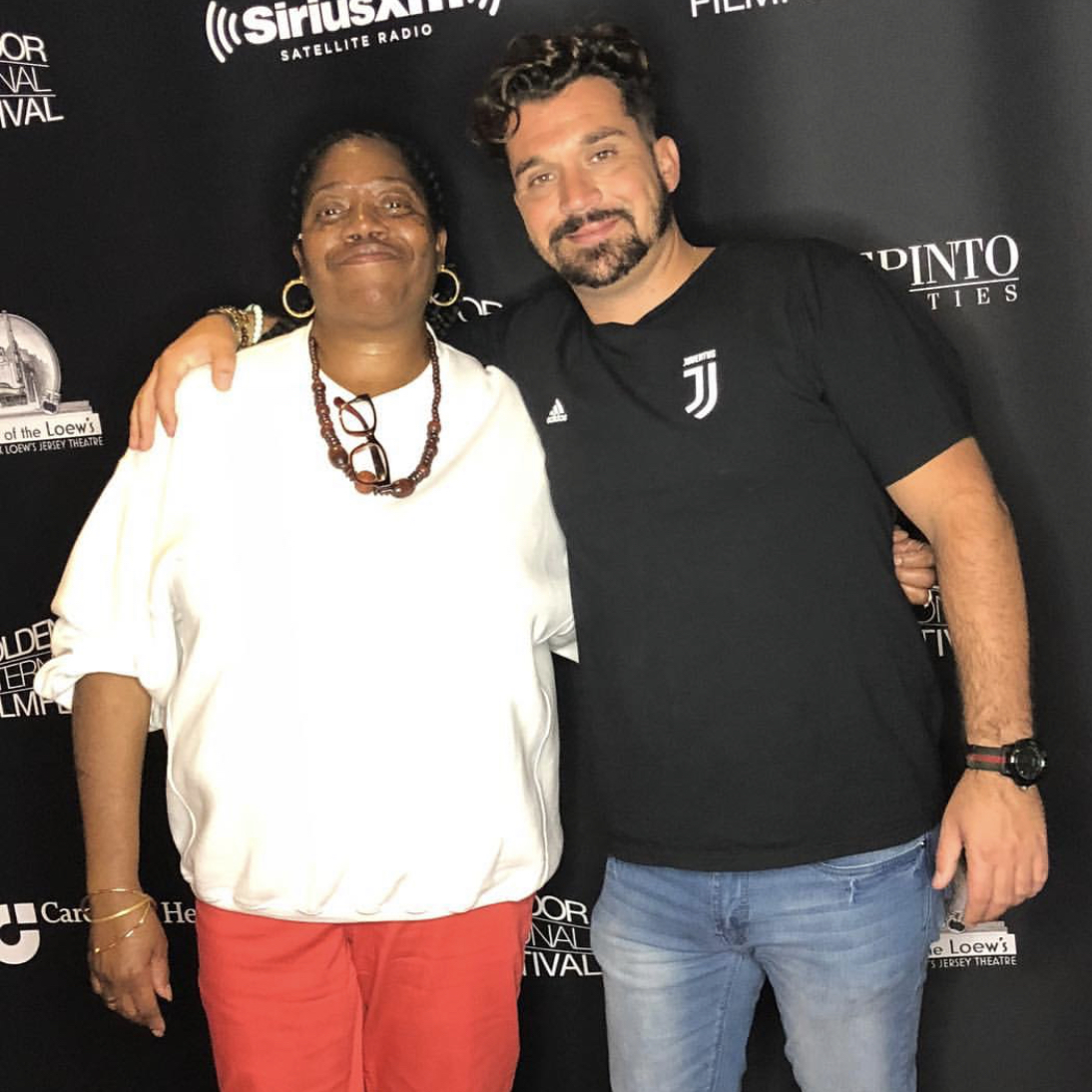 D.J. has a deep love for the Italian language and has utilized it in his work. The film “Santino” which actually derived from a book he wrote entitled “Un Giorno a Staten Island con la Nonna e Santino”, is in Italian with English subtitles. The cast for the film is unique with actors like Tony Darrow (Goodfellas), Dan Grimaldi (Sopranos), Artie Pascale (Sopranos) and vocalist Cristina Fontanelli. The project was big success at the recent The Cutting Room Film Festival, where Cristina earned a Best Actress award. The project was dedicated to D.J.’s grandmother who was a great influence in his life.

“What I love about writing and directing comedies is that the audience laughs (hopefully) each time you show it. This is the magic of filmmaking, it’s (hopefully) a gift to each person that is seeing it for the first time. There is a certain generosity that each film should bring to its public and the best feeling in the world is seeing people impacted by your art.”

The film “Santino” is a touching comedy that tells of how a grandmother struggles to find a suitable mate for her young 27-year-old nephew it is a funny and whacky story that will leave you laughing for sure. The additions of such talents like Angela Rago and Giuseppe Santochirico who are from Italy added an authenticity to the project that films today sometimes lack. The project was made possible by the contribution of the Russo Brothers Italian American Film Forum supported by the National Italian American Foundation (NIAF) and The Italian Sons and Daughters of America.

Presently, he is working on a series called, “SMACK” which is intended to educate and scare young kids about the terrible drug, heroin. The actors who bring this epidemic to the screen are Anais Almonte, Craig Rivela, Evi Siskos, Silvia Dionico and Alex Montaldo. So far the series has seen some positive feedback on the festival circuit. The film highlights many facts and issues about the drug that will only benefit every young person. As you can see DJ’s desire as a filmmaker is not only to entertain but to bring awareness to important issues that affect us daily. Catch a glimpse of his work on YouTube and be on the look-out for festivals that showcase his amazing projects.