On the other side of the Atlantic is a beautiful country with rolling hills and scenic views that can take your breath away. Many of us would love to live in the historic and scenic nation of Scotland. But there is one native whose heart beats only for New York. That Scottish native is Charline “Glam” Smith. The single mother of three has set her sights on the shining lights of Manhattan for some time. She is a fashion model, singer and aspiring actress. Her claim to fame is her fashion style that is known as Glam which showcases the glamorous look woman use to display during the 40’s and 50s’.

This has become her staple along with her singing. Charline entered in to two key contests to showcase her vocal abilities. One was the UK X-Factor in 2007 and the UK Voice in 2016. Her playlist of songs are either from the big band era or lyrics of war songs of the 40’s. Such hits like “The Mood”, “The Boogie Woogie Bugle Boy”, “Chatanooga Cho Cho” etc.

As we mentioned earlier Charline has been modeling for years. She has appeared on high-end catwalks in London and in many fashion shows in that city. In London alone she has worked with some of the most influential photographers on numerous photoshoots. In addition, her popularity grew amongst the circle of actors and actresses in the UK. Besides the fashion and singing she recently notched a role in a film by director Aisleen Hodges (Blackcats & Bankers) called “The War of The Fallen”.

“It was the best era when ladies were ladies, covered up in dapper clothes showing off their stunning but hidden curves; it’s timeless Fashion it’s so sensual, believe it or not I have so much respect from my male fan base! They absolutely love it especially when I do British and American 1940s pin up photoshoots with the outfits on.”

London was always good to Charline but her love for New York was unmatched. On her visit in 2017 she received some press and was a judge at a fashion show. Outside of all the entertainment she is an advocate for the men and women in the armed forces, especially Veterans. She has organized charity events to raise funds for the Vet’s. One way was when she set up a funding page on social media doing wartime photoshoots and the money she raised was for the “Help For Heroes” fund, in all she donated $700. 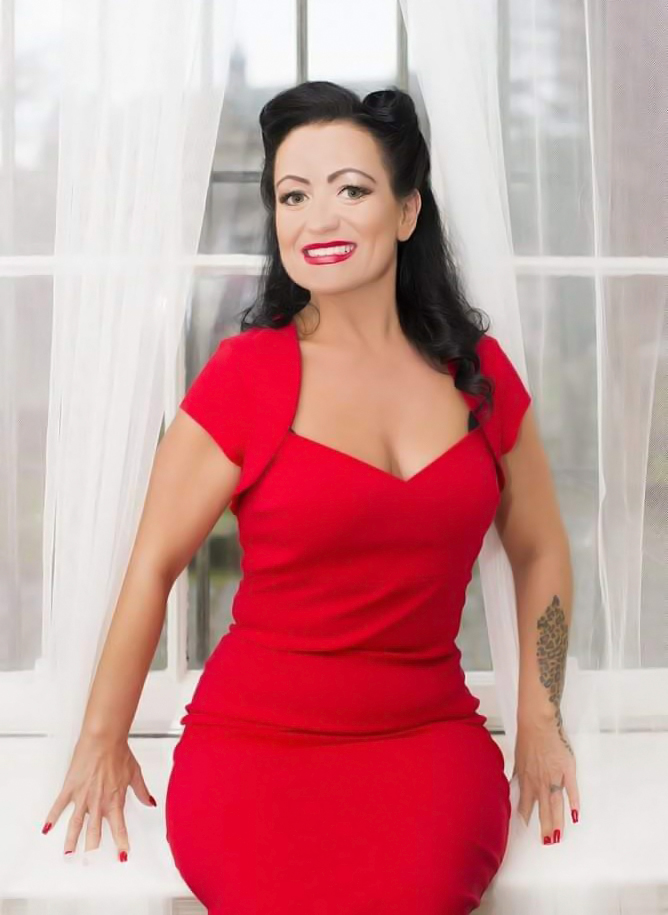 That was not all in 2015 she spearheaded a calendar where the proceeds were donated to the homeless. That project raised $2000. Her amazing clothing ensembles garnered her the title “Glam” which is the old-time Glamour that made such icons like Raquel Welch, Jane Russell, Audrey Hepburn and Elizabeth Taylor popular. At this time of her life she is looking to settle in New York indefinitely and share her Glam style to the world. Her image and fashion style has already become known world-wide.

She is a one of a kind talent. Once you come in contact with her and her witty personality you will be hooked. She is on a mission to solidify a contract with anything from fashion, music, film or TV. Keep up with her work on her Facebook page at https://www.facebook.com/Glam-Life-In-Fife-35345708141875/