For anyone who loves music there is nothing like hearing the perfection of a record on a turn-table. That is how Charu Suri was introduced to the beauty of music. At a very young age, her father filled the home with the sounds of Bach, Mozart and Beethoven while he was chief executive officer of a record company. Suri was taken in by the classical sounds and decided to learn to play the piano and almost instantly mastered it.

She would also dabble with the violin and some percussion and learned to sing Carnatic music—the special musical vernacular of South India. Yet piano was her key instrument. Suri’s skill on the piano helped her win first place at an international piano competition when she was only fifteen years old.

One of her earliest solo performances was at the Russian Consulate in Chennai, India, when she was nine years old. She performed selections from Tchaikovsky’s “Seasons” since he was one of her favorite composers. Suri remembers being so caught up in the moment that she forgot there was an audience watching her.

“If I were to compare my first show to where I am now, I probably would tell myself to go a little easier and take things lightly. If you really love music, it’s going to be in your life, no matter what,” she says.

She enrolled at Princeton University where she earned a BA and a certificate in piano performance, and a master’s degree from the Manhattan School of Music. At Princeton, her piece “The Shield of Achilles” was performed by the Princeton University Chamber Ensemble. One of her pieces for mezzo soprano and orchestra was performed by cellist Yo Yo Ma and double bass player Edgar Meyer.

Since she was a Classics major (Greek and Latin) and a music minor, composing an original piece of music for one of the most beautiful Greek passages written in the Iliad was actually the most beautiful way she could think of to marry the two degrees.

“I read the passage several times in Greek and the music just came to me,” she says, “and I knew right away that I wanted a lyric soprano singing about how Hephaistos forged Achilles’ shield that would be carried into battle, and then I scored it for a chamber ensemble.”

Suri is not only a lover of music but of lyricism in writing as well. One of her favorite writers is Virginia Woolfe whom she says, “could make anything sound so musical.” She often compares the art of writing to the fluency of music as both have many degrees of detailed layers. As a journalist for several years, she frequently contributes to publications from Architectural Digest, The New York Times, WSJ and Robb Report. 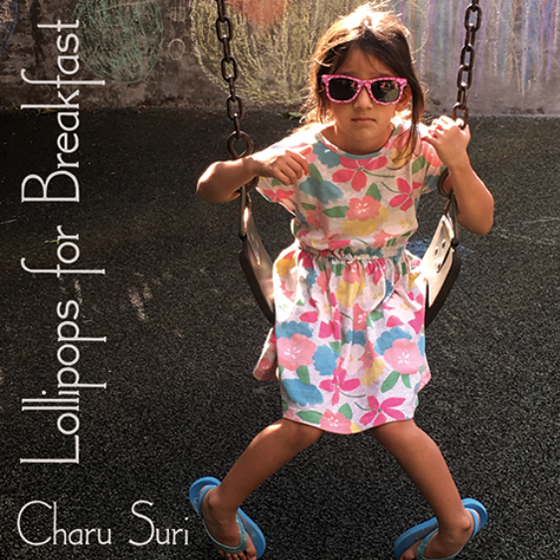 After several decades performing as a soloist and accompanist in both classical and Broadway ensembles, Suri was drawn to jazz and formed her first trio in 2018. Simply called the “Charu Suri Jazz Trio,” it consists of Suri on the piano, J. Brunka on the double bass, and Jay O’Brien on the drums. The group performs regularly at the Lexington Hotel where they play pieces from their original album “Lollipops for Breakfast,” as well as evergreen standards.

The album features original pieces by Suri and one cover. The inspirations range from South Indian Carnatic ragas, as well as blues, Latin rhythms and the lyricism of jazz greats that include Bill Evans and Henry Mancini. It launches on iTunes on November 15th.

They have performed at many venues and all of them seem to be special to Suri; yet, she does admit she enjoys intimate spaces. They do have their eyes set on performing in several festivals in 2019, including Montreal. Visit the trio’s website at https://www.charusuri.com/ and check their Facebook page that has details of their upcoming performances.