Asian Artist an all-around talent from Dancing to Acting

Akiko Tokuoka has managed not only to showcase her dance steps on stages across Manhattan but also appeared on MTV. From a tender age Akiko has been in love with dancing and it has been her passion ever since. Before venturing to New York, she began as a back-up dancer and performed at many nightclubs in her native Japan. There is where she learned the different dance styles from jazz to Hip-Hop.

When she came to New York she was determined to present her talents to the American public. Akiko took courses in ballet, dancing and contemporary dance. But she did not limit herself to dance only she also took classes in acting. The doors began to open for her as she found herself performing at many venues like the Blue Note and Lincoln Center.

“I am very happy with my progress so far. But I must thank many good people who gave me the opportunity to shine. Such as Lovari an R&B singer who I not only performed in his music video “Paparazzi” but also was the choreographer. I also performed at his concert which was recorded and was nominated in the Newark International Film Festival and ended up on MTV.”

Akiko adopted a style of dance called vogue culture which is a part of a group called “House of Ninja”. That specific group is more than just focused on dance but they also in fashion on the runways. The House of Ninja have gone as far as working with Madonna during her performance at the 2012 Super Bowl. Akiko had the honor of heading her own crew within the group known as “KiIT Ninja” on a tour in Japan in 2010. 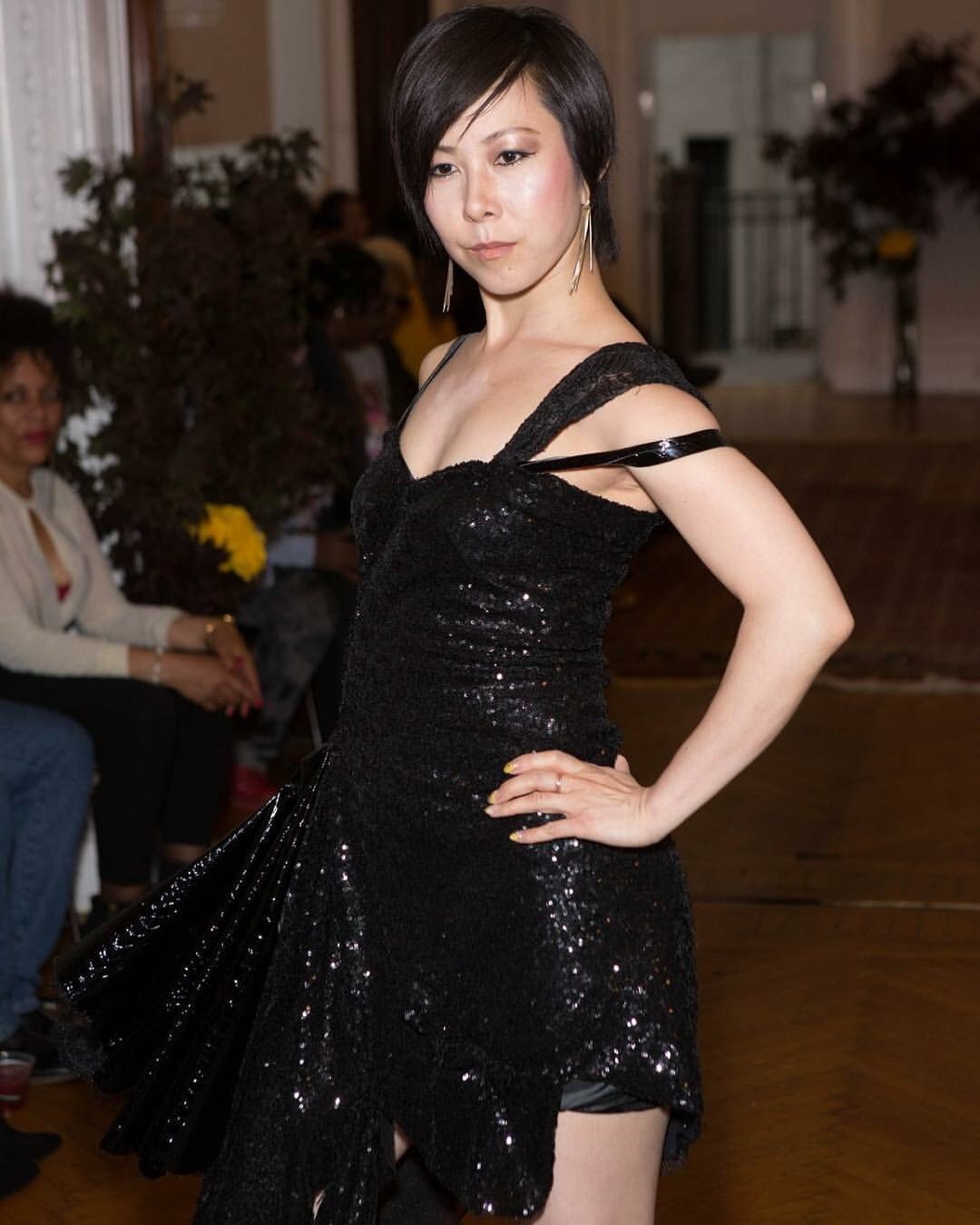 “When it comes to House of Ninja I am proud to be a part of it. As a group we are carrying on the Willi Ninja’s (founder) legacy who passed away a few years ago of AIDS. There are many branches of the group in Asia and Europe. The headquarters are here in New York.”

Her talents have not gone unnoticed as she was featured in ads for companies like Nike, New Era and NYC Play Sure. She graduated to performing on Off-Broadway productions like “Heather Smiley for President” and ”WARLOVERS”. She admitted that the musical “Warlovers” is one of her most impressive projects so far. Akiko also took part in a documentary for DAZED Magazine coordinated by Melanie Johl.

At the present time she is steering her talent wheel to acting which she is also passionate about. She had already acted in a traditional Japanese play called, “Jyou En”, at the Theater for New City in Manhattan. Only recently Akiko performed her own solo show called “Cyborg Geisha” that was inspired from the film “Ghost in The Shell” she also received ideas from her kimono teacher, Emi Kikuchi (Kimono Experience http://kimono-experience.com/ ) tricks that uses obi in the piece. Her show is a combination of robotic movements and the use of a multi-colored fan. She tells the story through props, make-up and colorful costumes. It was performed on a public access TV channel called the Diamante Show.

On the horizon Akiko is working on developing her acting skills and auditioning for film projects that come her way. She is an artist who is determined to develop her works whether it be acting, dancing or choreography a woman on a serious mission.