Christopher Sluka is not your average artist, he has experienced the world in a way that most indie artists’ never do. He was brought up in a household that never stood still his family was constantly on the move from one point to another. This was a good and bad thing. The bad thing obviously was never settling down somewhere for good. But the positive outcome was the knowledge he soaked up from all the different cultures he encountered. Sluka finally set up shop in San Diego, California.

This of course influenced his music in many ways. He first took guitar lessons at age ten years old but was more interested in trying to imitate other artists or create his own riffs. In essence he was self-taught. When he completed high school he received a scholarship to NYU something he did not expect to happen. Even though he was happy to acquire the grant he was not inspired by the program as he felt it was like a contest on who is better. His belief is that music is an expression that either develops with someone or it does not.

“I had a few basic guitar lessons when I was ten years old in North Carolina. But I found it somewhat trivial and uninspiring. It was much more magical for me to listen to recordings and try to imitate them, or come up with my own chords & progressions. So, I pretty much learned things on my own. After high school I received a scholarship to NYU for music (violin, piano, guitar, and opera… I know,… can you believe that?). I found the experience both highly rigid and intimidating. It felt to me like a contest that everyone was vying to win… but win what? To me, music is not a contest but an expression that either resonates with others or doesn’t. Artists may or may not have varying levels of success. Yes, techniques and skills can be refined, but the most important aspect is the inspiration, expression, and emotion. After a year I changed majors and schools. I graduated with a degree in Communications.”

He would stay for a year than change his major to Communications and change schools as well. Sluka would begin to see the fruits of his labor when he released his first single in the late 80’s. During that time labels were not willing to offer artistic freedom and Sluka was not going to give that up (not then or now). He would find a Japanese label that was interested in working with him the only catch was if he was willing to work with Cat Gray (who worked with Prince). Sluka agreed and the single “Number One” became a success and hit #13 on the Rock Charts and stayed in the spot for five months. After that all the following albums were self-produced. He released eleven album’s titles like “Emotional Battlefield”, “Fear of Ordinary Life”, “A Matter of Perception” and “Solo Flight”.

One interesting footnote is that Christopher is a visual artist who likes to offer a fan a look into his music on a visual platform. His show opens up with a synchronized lighting that highlights the accents, cuts, etc. of his music. The second part of the show centers around their energy as a band and the audience can really see how they are projecting with the intensity of each song. To Sluka and the band they take their performances very seriously. Along with his music Sluka always tries to incorporate his painting skills into the project.

“Not so much intention but rather convenience and expediency. If I have a certain mood that I would like represented visually for an album cover, it is very convenient if I can do it myself rather than try to describe it to someone else. The paintings and the songs all come from the same place. So I think it’s appropriate that they complement one another.” 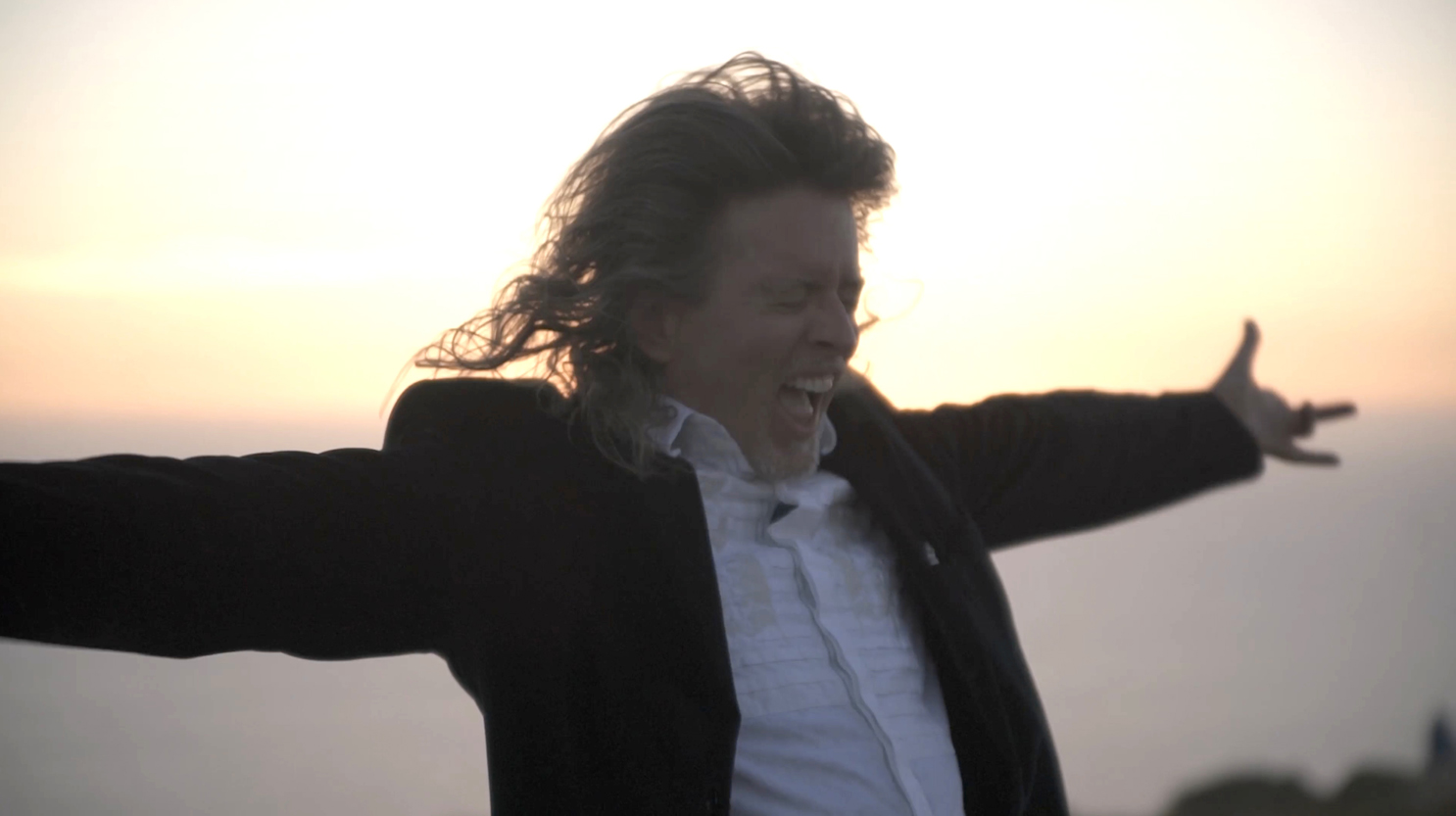 Christopher recently performed at a Summer Festival and managed to win over the audience who were not even familiar with his music. It was an important accomplishment and has possibly earned him a new fan-base. In November he is looking to release a Blu-Ray video album of his last project “Colorful Radiation” in 3D. There is a 2D version but everything was shot in 3D that features shots made from airplanes and scenes taken in the desert where it hit 115 degrees. Director Eric Bishop created what Christopher calls a visual rock opera. This new project was recorded and mixed by Christopher and mastered by Joe Goodwin. Sluka himself plays all the instruments (Guitar, Piano, Drums, Bass, Violin, Trumpet, Trombone, French Horn, Ukelele, Synthesizer).

On the horizon for Sluka is continued shows in the US and Europe and possible stops in Asia and South America. Christopher has a show coming up on December 7th at the Winters Tavern Motherlode Grill in California which should be a blast. He is hoping by the end of 2019 to return to the studio and flush out new material. Christopher is an artist on fire who has enough in the tank for multiple albums. Be on the look-out for this multi-talented artist.
https://www.sluka.com/