It was another amazing performance by internationally known artist Princess Long Long. The guests that filled the Glam Loft for the Tiffany Fashion Week Season 2 were entertained by her silky sexy voice as she belted out the difficult piece “Unchained Melody”. Long Long has mesmerized audiences from NY to her native China with her powerful vocals. Other artists that performed there were Blake Carrington and Lea Robinson.

“I was invited to perform for the show after they saw me perform in Monaco recently. There I sang in French. I also sing in Chinese and English. Like tonight I sang the English song “Unchained Melody” it was a little difficult but I believe I aced it. It is a hard song since it requires the singer to hold their breath in parts of the song. It was a special evening for me.”

There were many designers from around the world like Dimple & Amrin (India), Tiffany McCall Courture (Paris), Rodeo Designs by Frank Gay (Florida) and many more. The show attracted a vast audience from the press like B&B Magazine, KEEL Magazine and dignitaries like the Queen of the Congo. The event was hosted by NYFW TV and the Imperial Order of Culture & Peace of London and Northern Ireland. It was also supported by the French government. 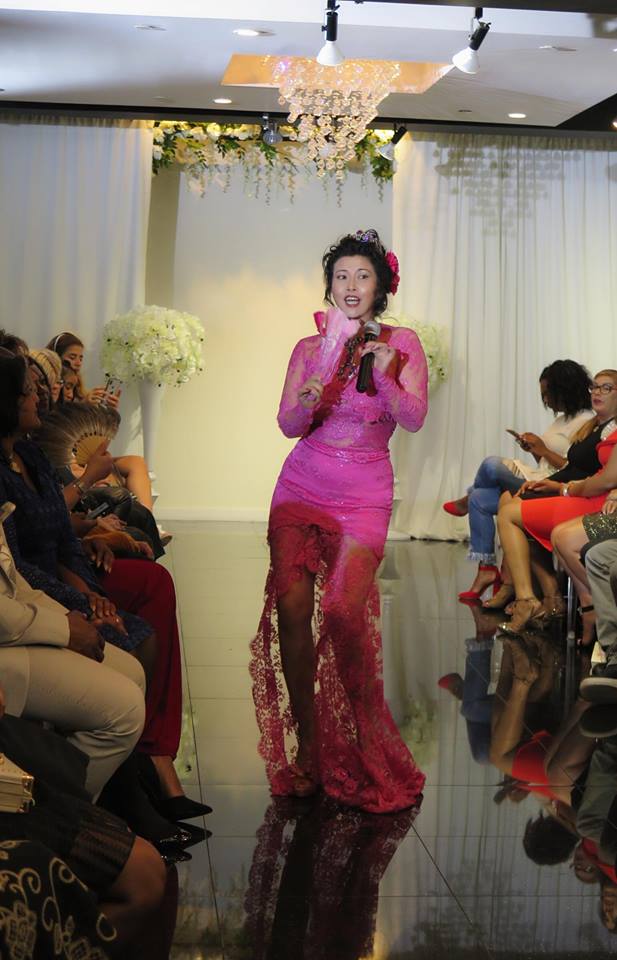 The event is put together by Tiffany McCall who began the show back in 2014. Her vision was to create a stage for French and European Designers and Artists in Manhattan. The platform is set up as a competition that can develop into making connections with agents who can promote their designs globally. It is also an opportunity for the manufacturing of the garments in New York.

Long Long has been very active as she has performed all around the world spreading her strong beliefs about diversity in today’s world. Fashion is also a big part of her life as she develops ideas for dresses that her designer puts together. At a few events she has won first place for best dress design. As we said she is an active performer she is gearing up for another show on September 30th in Paris and Dubai. Not long after that she will be in Hollywood on November 23rd for a show that will feature the Princess of Georgia and the Russian Nobility Committee. Princess Long Long has come a long way from her native China as an important performer not only for her own people but for the world as a whole. She is slowly becoming a pioneer for the Asian-American market for the entertainment world.