Success did not come overnight for Professional Wrestler Marti Belle. The former dual-sport athlete (Volleyball and Softball) at Washington Irving High School in New York City was an ESL student – upon moving back to NY, she needed two years to become fluent in English.
After competing in popular wrestling promotions such Shimmer Women Athletes, SHINE Wrestling, Womens Superstars Uncensored (where she held the promotions Spirit Championship and Tag Team Championship), and EVOLVE, the Dominican Beauty joined the ranks at IMPACT (formerly TNA) Wrestling with friend Mia Yim to form “The Dollhouse” stable, quickly elevating the ranks to become a focal point of the promotions Knockouts (Womens) Division.
Belle made history in 2016 as the first Womens wrestler of Dominican-descent to grace a World Wrestling Entertainment (WWE) owned ring, competing in the Mae Young Classic Tournament, which was broadcast on the promotions Over the Top network, WWE Network.
The woman who dazzles wrestling fans and defies gravity with jaw-dropping aerial maneuvers is enjoying a much more entrepreneurial life as a member of promotion NWL, which is notable in that it’s performers have a benefits and salary package with access to a Full Service Training and Performance Center. These are amenities that are not offered by previously mentioned promotions Impact Wrestling and WWE, and are important to a professional athletes health and long-term security.
Lifestyle Republic caught up with Marti Belle about wrestling, the business behind the business, and wearing heritage on her wrist, literally.
The Lifestyle Republic: Growing up in both the Dominican Republic and eventually America/NYC, how did you develop an interest in any form of sports or entertainment?
Marti Belle: I started watching pro-wrestling with my dad before I moved back to the US, when I moved to NY, wrestling helped me learn English. My cousins and I watched it every week and I fell in love with it. I also grew up playing softball and volleyball so that pushed me towards a career in wrestling.
The Lifestyle Republic: Describe the feeling of walking out in front of passionate wrestling fans live, whether it’s as a wrestler, valet, or backstage reporter.
Marti Belle: It’s hard to put into words the feeling. I remember the first time I ever wrestled, it’s just a complete rush of emotions. I’m nervous, excited, happy and everything in between. The day I stop feeling the butterflies and the nerves is the day I know I need to do something else with my life. 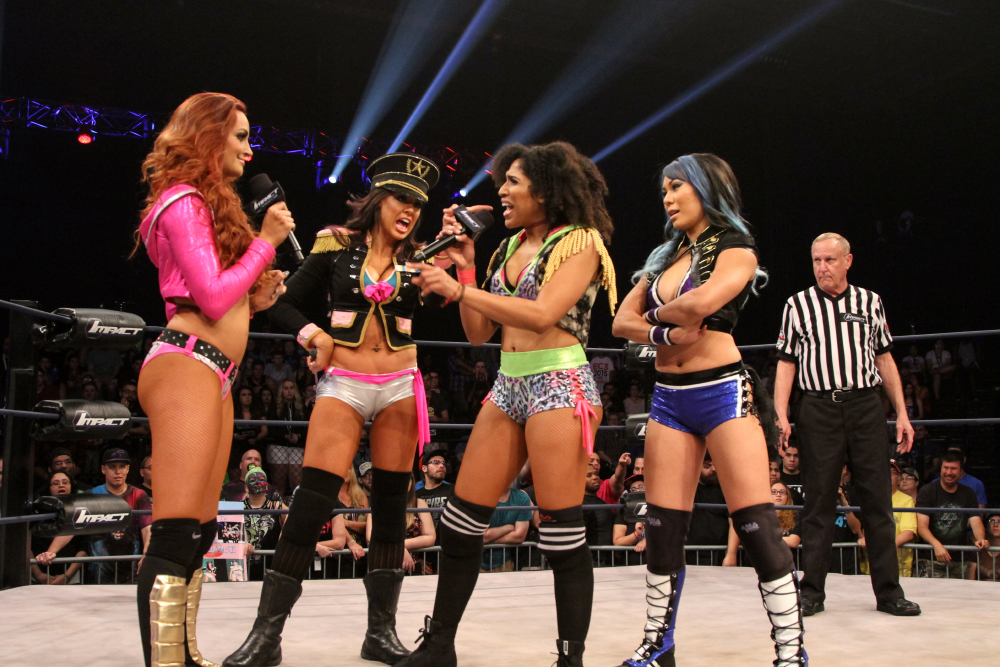 The Lifestyle Republic: Representing the Dominican Republic in the Mae Young Classic is one of the notable moments over the past few years, especially with your trademark Dominican flag on your wrist. Do you feel that the diversity in wrestling (particularly with women) is increasing over the past few years?
Marti Belle: The moment my name was called in the MYC, and they said “representing the Dominican Republic” I completely broke down in tears, it was such an amazing moment not just for me but for the whole country. I think the wrestling business in general is being diversified. Wrestling is reaching more and more countries, and it is so exciting.

Going into the archives for a second: you wrestled a streetfight match against Jade/Mia Yim while working for Impact Wrestling in July 2016 (https://www.youtube.com/watch?v=SSbUBub6TAI)- is there any extra preparation (mental or safety wise) for special stipulation type matches, especially with items being used during the match?
Marti Belle: Wrestling is always dangerous, every time you step into the ring you run the risk of getting hurt but, with a match like this, there’s always more of a risk. I try to get into a calm mindset. If I go out there afraid, it’s a bigger chance I will somehow hurt myself.
The Lifestyle Republic: Let’s talk NWL, in which you have a role that stretches beyond getting into the ring. Does working backstage give you a different perspective or an added layer of the business from a wrestlers mindset?
Marti Belle: Being able to learn the backstage aspect of a wrestling show has been such a great experience. I bring in my experience as a wrestler to know what questions to ask, or how to conduct the interviews but it’s also preparing me for the future. I won’t be able to physically work in the ring forever, but this gives me a different layer.

The Lifestyle Republic: Your match vs Mia Yim for NWL KC on 4/15/17 (https://www.youtube.com/watch?v=BKM7J43fw3s) was good in that not only that both of you crafted a great story in the match, but the chemistry was also undeniable. When working a match, does working with someone you’re cool with help in terms of chemistry or is it more to individual styles?
Marti Belle: Thank you so much! I’ve learned that it’s more about your in ring chemistry, how your styles mesh and how much trust you place in that person. I have wrestled people I am really good friends with and just not had it mesh well, so we didn’t have a great match. Trust is also so important. Both of us knew we wanted to make this match as great as possible since it was the first women’s match of the company and we went out there and worked hard. 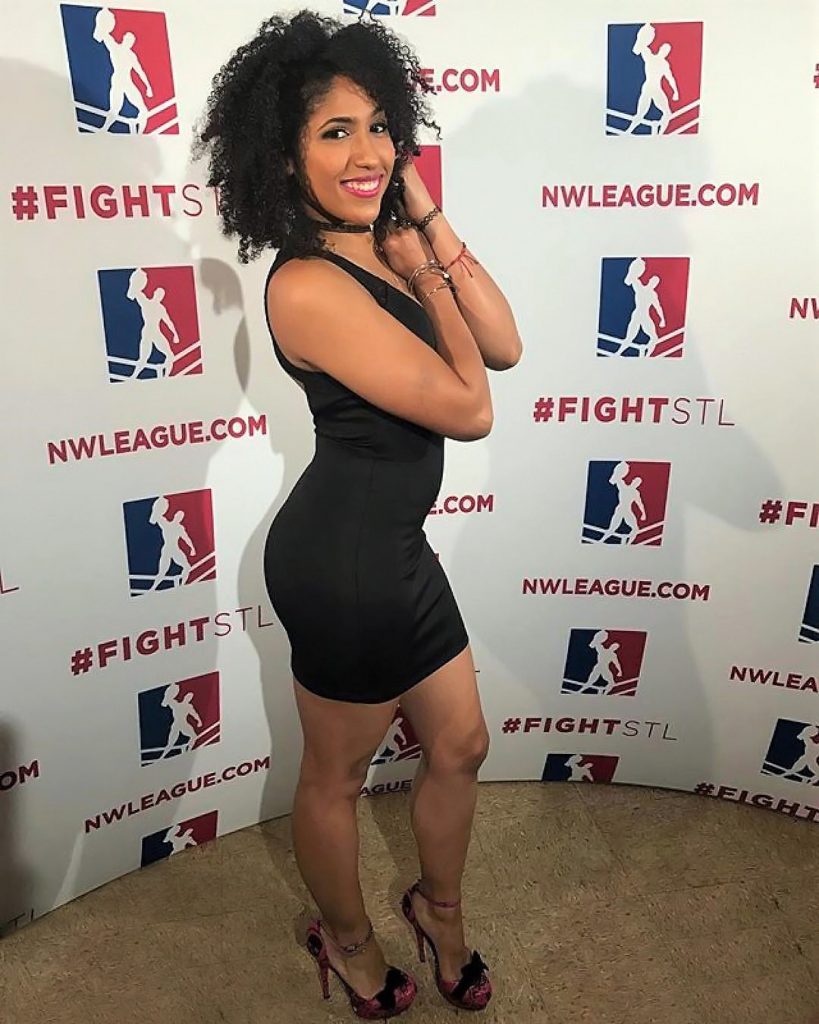 The Lifestyle Republic: Out of the ring, what are some of your favorite items/products that you can’t leave home without?
Marti Belle: I don’t wear make-up every day but I can’t leave the house without moisturizer and Chapstick, those are two must haves! If I’m traveling, headphones are a must so I can watch my novela on the plane or listen to music.
Follow Marti Belle on Social Media (Twitter, Facebook, and Instagram).