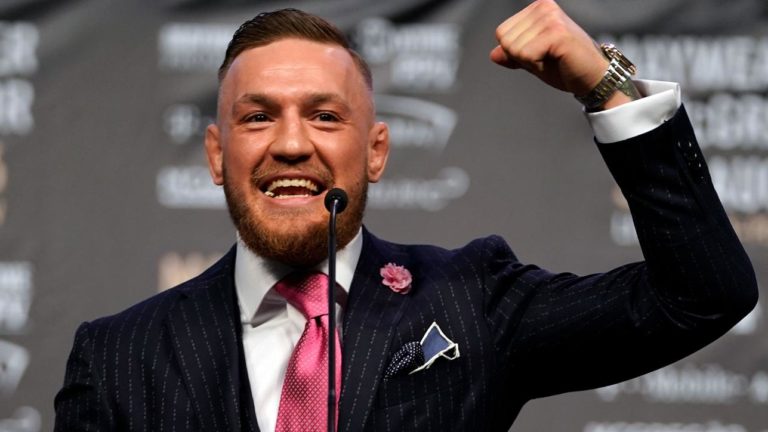 Conor McGregor Is Launching His Own Fashion Label

Conor McGregor has certainly made his mark on the fashion community in the recent months, stepping out ahead of his highly anticipated match against Floyd Mayweather in everything from a full-length fur Gucci jacket to custom three-piece suits created by his tailor, David Heil, CEO and Creative Director for clothing company David August.

Now, the fighter and tailor have announced they are partnering on August McGregor, a new menswear label offering modern suiting, sportswear and accessories inspired by McGregor’s colorful style. The less-expensive diffusion brand is the first ready-to-wear offering by the luxury designer and the first apparel venture by McGregor.

In a press release about the line, McGregor shared his desire to create clothes his fans will love saying, “Fashion is something that I am truly passionate about, and I am excited to share exactly that with my fans by giving them a chance to share my iconic looks.” McGregor adds, “We casually chatted about doing a line together but we finally got serious over the past several months. I know the public will love what lies ahead.”

“Conor doesn’t care about the traditional business suit, he likes pushing the boundaries,” says Heil, who has worked with Irish-born fighter for over three years. Case and point, the navy wool suit McGregor donned in Las Vegas with a repeat pattern of the words “F— YOU” creating an illusion of traditional pinstripes. Even top Hollywood stylists are fans of McGregor’s sharply tailored looks put together by Heil. Speaking about the fighter’s recent looks Ilaria Urbinati (who counts Bradley Cooper as a client) says, “It is a perfect example of the right client with the right tailor/stylist.”

Designed and priced to appeal to millennial males who follow McGregor’s sartorial swagger, the line will offer complete suiting options including shirts and accessories and will start at $650 retail. Suits will range from $500 to $1,200.

The first collection will consist of 10 looks, followed by seasonal collections, starting with spring/summer 2018, available to consumers through department stores and online at AugustMcgregor.com in January 2018.

Meanwhile, Mayweather has his own fashion collab in the works. The professional boxer is teaming up with German-born fashion designer Philipp Plein for his look on Saturday, as well as a multiyear collaboration.

Dancing has been a part of Sofie’s life as far back as she can remember. She used to lock herself in her room and dance for hours creating her own fantasy world. Well...