Brandi Bright is a star in the making as she has made inroads with her music. Known to her fans as Charm’n, the stage name fits her well. She is sexy, attractive and tells it like it is. Charm’n was raised by a single mother along with two sisters. To say she grew up tough is an understatement yet she never let the streets take her over.

“Having a single mother was rough. Despite the tough times she would make a way for us. I get my strength through her. When I was younger my mom had put my first song as her ringtone, she always been supportive and encouraging.”

She instead devoted her time and effort for her love of music. The sounds of artists like Rihanna, Lil Yachty, & The Weeknd would resonate from her room as they would become her inspiration. Her music is strongly tied to her life experiences and what she learned from them, be it good or bad. She does not sugar coat anything and lays it out there for all to see and hear.

In her short time on the music scene she has graced a few stages with a bang. On April 29, 2017 she planted her flag at the Artist Concert Showcase in Ohio. One of her recent shows was at the Hip Hop & R&B Underground Showcase which was made possible after a promoter approached her after hearing her music. This show only opened another door with a performance in Atlanta in June 2017. One of her most memorable performances so far has been at the venue Mad Frog, where she felt a real connection with the audience.

Charm’n has put out some slamming tracks like “Crown Me” and her recent release “Just In Love” which has made some waves on the worldwide web. Her latest “Just In Love” comes with a new video starring Reko Porter and Bay’Royal TheModel (Directed by Zach Puckett).

“”Just In Love” is getting some positive feedback. This song was to show people a different style to me. I wrote it as a story more than a song. I had fun working with the actors.”

At the current time Charm’n is gearing up to release an EP entitled “Gangsta Goddess”. With this project Charm’n is determined to outdo her past releases this way bringing forth a new experience for her growing fan base. 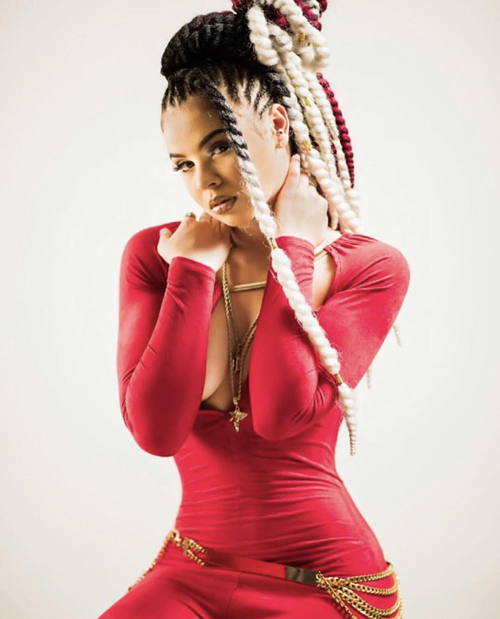 Before entering into the music scene Charm’n was a model and still dabbles in it between her recording responsibilities. She has always enjoyed modeling and working on improving her image via photography and videos. It is no wonder she has that attitude as she even started her own label Boss Born Entertainment. Charm’n has that authoritative nature so the title Boss Born suits her like a glove.
Charm’n is looking to elevate her game as the release date for her debut EP grows closer. She is not a cookie cut copy of other female Hip Hop singers but a force in her own right. Look out for more with this upcoming upstart via her links below.