The public has always enjoyed escaping into a world full of magic and mystery which comics and Hollywood obliged. Yet prior to the arrival of “Game Of Thrones”, fantasy stories were limited to the comic fan base. Even though “The Lord of The Rings” triggered some interest, “GOF” landed in people’s living rooms and began a trend. Writer Fran Briggs, who is a fan of the genre, took full advantage of this fact and created her own fantasy world with artist Anna Giovannini.

Anna’s company, Immagina Press, was launched last year with a mission to bring forth fantastic stories and offer exposure to talented artists and writers. The graphic novels are filled with amazing creatures and storylines that leave the reader wanting more. So far Immagina Press has released three titles; “Mercenarie$”,“Dragon’s Bride” and “Anima”. Anna and Fran are the artist/writer combo on “Mercenarie$” and “Anima”. Marcelo Cassaro and Erica Awano, finalists of the International Manga Award in 2007, are the creators of “Dragon’s Bride”.

“Game of Thrones definitely gave the fantasy genre a revival with the amazing popularity that reached even the general public, instead of staying within the nerd sphere. It’s even something that Fran, the author and friend I work with, has been using as inspiration. Even in the Anime and Manga sphere, medieval fantasy has become quite popular in the past couple of years. I sometimes feel that these new, sudden popular series have been helping the public accept new things within a variety of genres by proving that something unrelated to well-established franchises can be good and stand on its own.”

The title “Dragon’s Bride” is actually part of a bigger picture with one of their publishers in Brazil.
It is part of a well-known RPG campaign which takes place in what they call the world of Arton.
Anna is working with them to have more of their titles published by Immagina in the near future. As for the title “Anima”, Anna and Fran have concluded that series and are looking to put out a hard cover version to have available for comic conventions they attend. “Mercenarie$” is moving onto its second issue and will be a continuous storyline.

Anna herself has been drawing since she was a child and wanted to build on that. She went on to study visual arts, photography and a few courses in comics and animation. Anna would become a for-hire artist but she wanted to be more creative and develop her own graphic novels.

“A couple of years ago, I was working with a content creator in Brazil who was having trouble exporting their content overseas. As someone who was eager to start publishing and attending artist alleys in the United States, I thought it might be a good opportunity to speak to other artists who were unable to reach the larger public and come together to help each other. We’ve spoken to a publisher overseas that we were already friends with, and they agreed to help us with the whole process as well; while most things currently being published by Immagina is made by myself and the author I work with, we’re slowly negotiating more titles from more people to add to the catalog. This was also a good opportunity for me, as an artist, to not only work as a free-lance, but also invest on independent series and other projects we wanted to move forward on!” 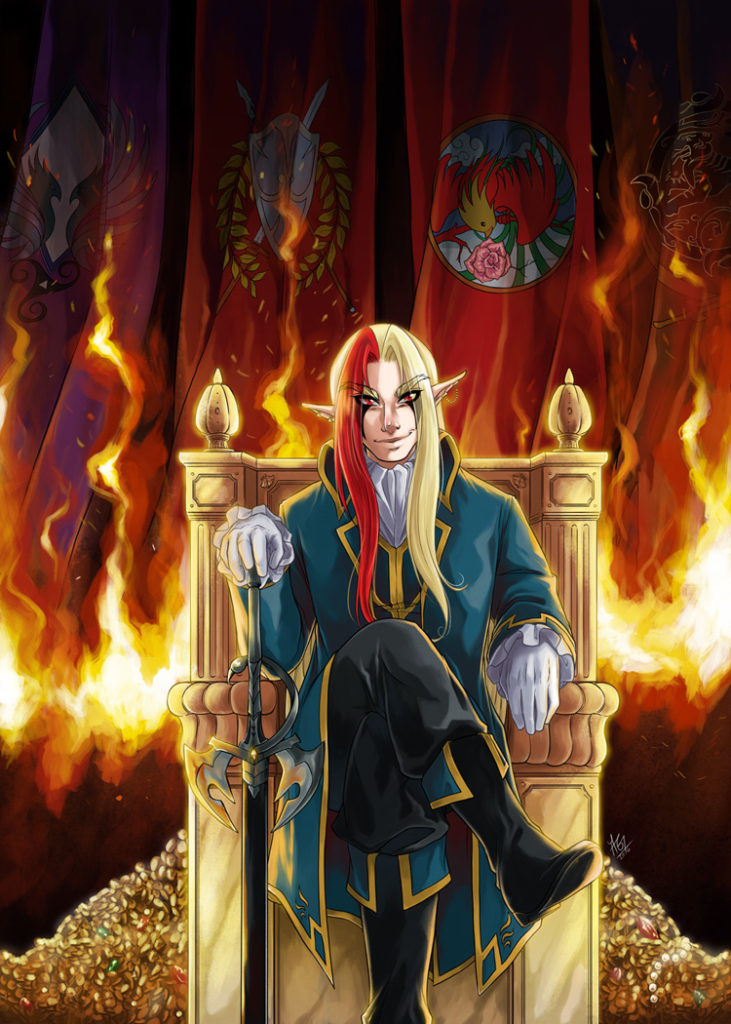 Anna would soon branch out and take up booths at various conventions showing her work. So far, Immagina has been seen at Borough Con in NY, Anime Next at the Atlantic City Convention Center and is due to be at the San Diego Comic Con in July 2017. So far the reception she has received has been positive as the public seems open to new titles and independent comics. The upcoming con in San Diego is not the first time Anna’s has attended, however; in 2015 she was there with another publisher, Kymera Press. Yet this time she will be representing Immagina even though they will be sharing the same table with Kymera.

In the meantime, Anna and her team are hard at work keeping the “Mercenarie$” title growing along with introducing a horror series as well. They also are planning to forge partnerships with authors at the São Paulo Comic Con Experience and see if they would be interested in making a mark in the States. In addition, Immagina is looking to invest in merchandise like key-chains, figures or plushies. Anna’s is goal is to place Immagina into the minds of many and into the hands of every fantasy/ comic lover worldwide it is a mission that has already bared fruit.
Check them out at http://immaginapress.com/