The man commonly known as R. Kelly has not changed with his child pedophile aspirations over the course of nearly 30 years, but his demeanor these days as a middle aged bastard recognized by the music community as such are a far cry from his early days before the era of social media and widened entertainment news coverage.

Back in his Triple Threat (In-Demand Singer, Songwriter, and Producer) days, in the prime of his career, he used to accept interview requests and media appearances all the time, sometimes unannounced. He couldn’t wait to be on camera. He never shied away from a microphone: not in a recording studio, not in public setting, and certainly not on BET’s high profile show Video Soul.

But now that he’s been relegated to the lowest rung of celebrities who are real life scumbags, Kelly hasn’t been so loquacious. He made an appearance on Huffington Post’s HuffPost Live to explain why he hasn’t been doing much media (he’s scared now that everyone knows his child chasing aspirations will never stop), and when questioned about his demons, he quickly stormed out like a typical manipulator who’s ass has been handed to him would do. He hasn’t wanted to talk about his legal troubles, or his personal life, or what it’s like to fall so far so fast. He’s cancelled TV interviews (most notably with E! News in 2015). He’s declined performing at large scale music festivals and various appearances that lack an environment that he can control. He’s largely avoided anything that cannot be controlled except for appearances on music cable network BET, which has largely ignored his demons for decades by continuing to celebrate the man and not punishing the abuser.

Monday’s BuzzFeed report of Kelly leading a cult-like setting with young women aspiring to become recording artists should come as no surprise, whether the reports are legit or exaggerated (likely the former based on music industry insiders).

Ladies and gentlemen, R. Kelly cannot be celebrated for anything. Not even for the “R.” double album.

Saying someone needs help is the easy way out, especially in the black community, where DMX’s drug problems were met with ridicule rather than efforts to get the former rap kingpin the help needed.

Robert Kelly has been doing this for decades. DECADES. DECADES.

The word help and the Chicago native should never be in the same sentence. Help is warranted for people who are mentally trying to hang on but have crazy moments. The actions of one Robert Kelly cannot be tucked under a rug by a community who continues to practice in what should be deemed “nigganonsense” with a singer literally on the prowl.

The black community needs to end the “nigganonsense” once and for all regarding Robert Kelly’s behavior.

He knows that entertainment industry insiders are not going to play his game in regards to interviews (except maybe the BET staff, which will continue to look the other way, despite re-branding their Centric network in 2018 as BET Her to cater to Women of Color). He knows he is what he is and cannot try and portray himself as a victim by the mainstream media. He’s also seen Chris Brown get chance after chance after 6 years of non-stop legal and domestic related issues. People associate him with the worst in the world (Woody Allen, Charlie Sheen), and rightfully so. He’s officially become a waste of human life to public society.

But until the general public decides to stop showing up to his concerts, Kelly the artist will always be celebrated vs punishing Kelly the scumbag. 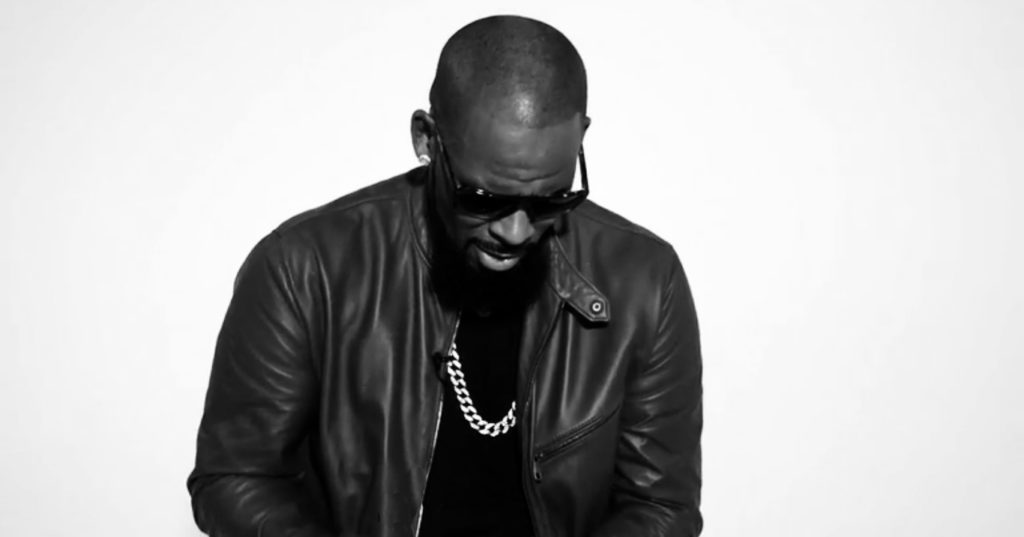 When he steps onto a stage to perform, the crowd erupts. Scores of women with hookah breath scream their lungs out and clap as he trots across the stage, his earrings sparkling in the lights and his skinny jeans portraying the image of hulking like a fitness buff. He looks the same as he always has: dressed like whoever is the fashion influencer in urban music at the moment (trouble starters Migos comes to mind), the same pose with the cigar, the same lingo with the same delivery. That’s an image that stains the brain for a long time, as Kelly will never embrace an urban adult contemporary audience, despite the fact that many radio stations that operate in such format continue to play his hits unfazed. Why cater to the crowd who’s smart enough to recognize someone is a sick bastard?

It’s time that people come to the realization that jail is not going to help the 50 year old. The “Fix My Life” TV show is not going to do any help either. Maybe the media finally calling him out on his behavior? Not going to happen, at least any urban media outlet, as long as they feel they can get the next big story from him on possibly changing his ways. This man either has to pay the ultimate price that those in the black community pay on any given day…which is surprising given that he partially resides in Chicago, a city that has had no issues with letting off a few rounds to settle it’s battles.

No one feels sorry for him, but it’s easy to understand how Kelly got so messed up. He has never been held accountable by the black entertainment industry, even in the midst of his marriage scandal with Aaliyah during the mid-1990’s.

In a recording studio, Robert Kelly defined greatness – but in real life time and time again he has embarrassed the black community, recording industry and when all is said and done Robert Kelly embarrassed himself. That is the real tragedy of the life of Robert Kelly, greatness on the clock lost by an inability to behave himself off the clock.

Bastards see, bastards do. This one is no different. It’s just finally not being tolerated.