From Jazz to Pop, International Singer is an act to Follow

It is no surprise that more and more talent from overseas are beginning to make America their home to spread their wings. Feifei Yang is a pure example of transplanted talent. A native of China she was raised on the ridged upbringing of respectability and honor. She not only brought that mindset to America but also her endless musical talents. Feifei is one who you will never know what to expect next?

In China she studied the Erhu at the tender age of nine and was chosen to be the only Banhu student to study at Shenyang Conservatory of Music. After her training she was honored with being chosen as an Outstanding Graduate Student. During her College years she became the first Masters recipient for Banhu in the Conservatory’s history. It was only the beginning of her journey in the world of music.

“I first chose the Liuqu (Chinese mandolin) but my mother suggested I take up the Erhu (Chinese violin) since it is more common in a Chinese orchestra. Hence, I decided that the Erhu was the one to focus on.”

Feifei would go on to acquire more accolades as she landed in first place in the AWZG Chinese Young Artists Talent Selection. That wasn’t enough when in 2013 she was a finalist for “The Voice of China” TV singing competition. Soon she would come to the US to test her skills in a foreign land. Yet she did not leave China behind as she does travel to perform there as well.

Her voice would soar in New York and Los Angeles with memorable performances. In 2015 she released her first self-composed EP “Dance Of The Strings” (https://youtu.be/rH47STCqmN8). For this project she used an original jazz Hugin piece for both instruments the Erhu and Banhu. 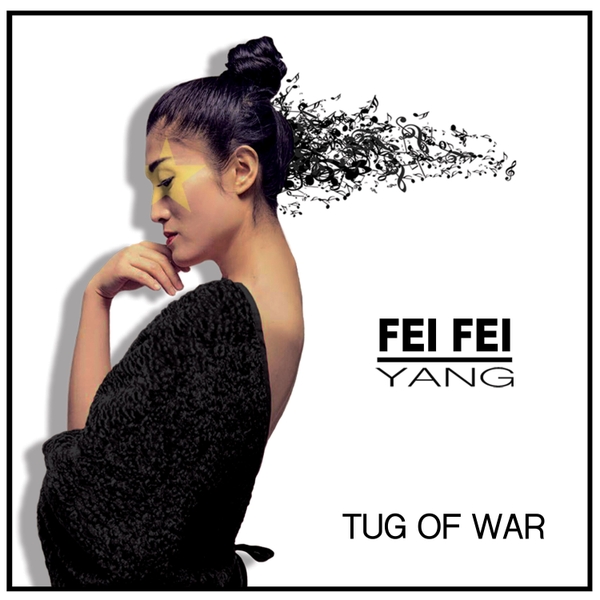 The EP created a buzz and her talents did not go unnoticed. She had performed at such places like the UN, Times Square Countdown Stage, Lincoln Center, Carnegie Hall, Barclays Center and more. In her native China she served as a judge for the China Central Television’s China Youth Talent Show, one of the most respected and popular programs. After the show the “Charm” that she performed and directed at Carnegie Hall in 2016 she received accolades from Mayor Bill de Blasio praising her performance in a letter quoting, “I praise the advancing of the arts in our city and to cultivating a more inclusive culture life for our residents.”

One of her most memorable performances was for the 2016 Times Square New Year’s Eve Countdown Stage. It was the first time a native Chinese female singer performed during such an important event.

“I have done many shows but the one that stands out for me would be the one at Times Square. I received great feedback from everyone including the crowd. All the media was in your face it felt like the whole world was watching me at that moment. I felt pretty comfortable when I was focusing on my singing and dancing instead of thinking about how the world will think of me and judge me at that very moment. I was selected not only because my talent or I was well versed in Chinese/US community, but, I would say because of I was a lucky girl.”

Even though she is known for her jazz style Feifei likes to branch out into different genres whenever possible. Only recently did she release her first Pop single called “Tug Of War” along with a video (https://youtu.be/FCNZera2MxM) which was directed by Pauline Jones and produced by Good Shepard and BreedLove Productions. The video alone has over 45 thousand views. The track blends classical sounds with a modern twist. Her dancing in the video has glimpses of a “flash-dance” feel which is refreshing.

“Tug Of War was done in LA which was exciting to do. The song revolves around a love story and the struggles of everyday life. It is based on the idea of accepting change and to become a stronger individual.”

This year she also released an album entitled “Ergo” with composer and concert pianist Zhen CHEN in addition to an upcoming release “The Edge of Heaven Volume 2” with the legendary Grammy nominated guitarist Gary Lucas.

Feifei does admit that the Asian artist can be represented more in the American entertainment world. But she also believes that there is opportunity now since the Chinese economy is becoming more diverse. This is a plus for artists in her native land to expand. The main thing she explains is one has to be open-minded but never lose track of your culture and be able to fuse the two.

There are many awards and merits she has acquired over the years like the Best Creativity Award from China Central Television’s “CCTV New Year’s Gala”. To add to that honor she was chosen by the Pratt Institute to act as post-graduate researcher for its Digital Arts and Humanities Research Center. For 2017 she has show’s coming up at Carnegie Hall in July and Lincoln Center in September. In addition, she is also feverishly performing and recording with Terre Roche (from The Roches), experimental composer Eyal Maoz, Grammy award-winning bassist John Benitez, Latin Jazz pianist Fred Dongfeng Liu among many other (great) artists. Feifei always looks to venture out of her comfort zone and create new music and break down barriers. To keep up with this all around talent visit her at www.feifei-yang.com.