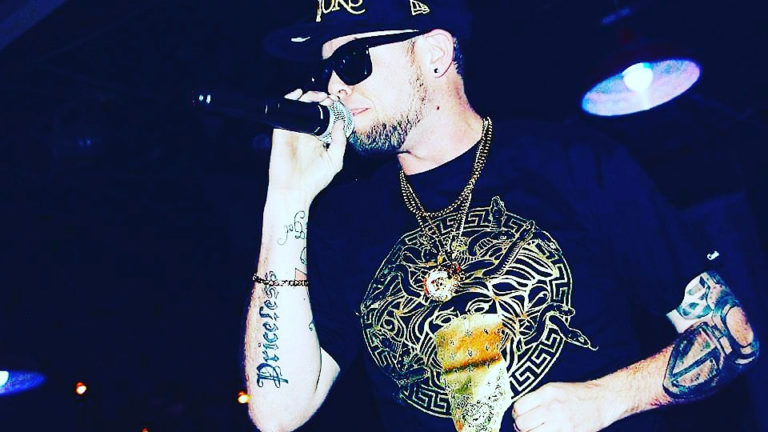 DISABILITY OR NOT URBAN PERFORMER INSPIRES OTHERS

Every day we hear stories of individuals defying the odds and proving that anything is possible, like marathon runners with prosthetics to blind musicians. Thankfully the organization Special Olympics was created to offer a platform for such individuals. David “Priceless” Steffan is one of those individuals. He was born with cerebral palsy which limits the range of motion in his left arm and leg. But his set back did not prevent him from chasing his dreams.

Of course when growing up, even though he loved sports he was subjected to ridicule from others who did not understand his handicaps. When he learned about the Special Olympics it gave him renewed confidence to pursue sports in a different way. He began competing at the age of ten years old and has not stopped since. After taking part in the Olympics over the years he has won 38 gold medals.

“I use those medals as examples that anything is possible it’s a great achievement as I’m one of Nebraska’s most decorated special Olympians. But it’s also to show that whatever you dream about and work hard at it you can achieve anything. That’s something I push to do whether I’m on the field or with my music.”

David would apply the same energy with his music. Being influenced by the likes of Tupac, Kirko Bangz and Biggie Smalls he applied his own twist with his lyrics in a positive way. He decided to devote his music to promoting meaningful songs with a message. David would release a track entitled “Let Me” which was devoted to individuals suffering from disabilities. It would be well received by many across the globe. But he would top it off with the “Let Me Anthem” which he would end up performing at the China 2007 Special Olympics World Games in front of thousands. Back in the US he would be honored to take the stage performing for 10,000 people at the Special Olympics National games in Ames, Iowa. He would then rock the house at ceremonies in Texas, Virginia, Wisconsin, Missouri, Montana, and more.

Besides performing at Special Olympic events he also took the stage at the Bourbon Theatre for the Ginuwine’s Ice Kream Man Tour. At the show he displayed his R&B style of music where he normally would stick to Rap. He opened for acts like Nappy Roots, Rittz, Scarface, Paul Wall, 8Ball and MJG. The multi-platinum R&B artist Ginuwine was joined by Karlos Farrar and DJ Fellin. David and Dominique Morgan joined Lincoln’s TJ Saddler to top off the show.

So far David has released five tracks that he hopes to relay into an album or special EP. The proposed title of the project is tentatively called “Changes”. Most of what David writes about is based on his life experiences and the people around him. He is looking for a summertime release. One of the singles is available on these links: https://itun.es/us/sVCfib?i=1209387987
https://open.spotify.com/album/1qnvBkaDEkzPfZt9uRAtxj

On top of the music he is also an avid MMA fighter who competed in the Cage Championships 50 against Garrett who is also a special needs athlete. The fight was run by Fighting For Autism Head of Operations for the USA, Brian Higginbotham and sanctioned by Spire Sanctioning Alliance and its President, Jayson Cooper. It was an event that David can never forget.

“I started training back in 2006 to get in shape and fell in love with the sport. For that fight lost due to a second round tap-out but I got my rematch in the state of Florida and won buy a decision and won my first championship belt. I’ve been defended it a couple months later in St. Louis and then took another loss. I’m currently getting back in the cage to claim the very first ever bantamweight adaptive MMA championship in May.”

Along with spreading good messages in his music he also acts as a speaker. He has a speaker tour called “Different is Greatness”. It is a tour to empower kids to put their best foot forward and add their personal touch on anything they do. He harps on that being different is not a bad thing but rechanneling that difference into something you can be proud of. David should be an inspiration to all whether they have a disability or not. Follow him on the below links.

If you are in search of real creative and somewhat radical art Scynge Xing has the answer. This interdisciplinary artist has managed to elevate her game with amazing...

Being in the music business is a tricky nut to crack and even though the avenues to get there are easier due to technology it’s still a rough road. Charles Potenza...

Lian is an actress that does not believe in boundaries when it comes to acting. She has single-handedly taken on her own project along with close friend, Julienne Green...

Dancing has been a part of Sofie’s life as far back as she can remember. She used to lock herself in her room and dance for hours creating her own fantasy world. Well...