In today’s film world planting a flag in two key cities seems to have become the norm. The two major locations are New York and Los Angeles. This is the case with growing and talented Brenda Pond. She has always been drawn to the artistic world from a little girl. But it should come as no surprise since it’s in her blood. Her Uncle E.L. Pond was a talented author with his book “One Armed Cowboy (Volume I &II).

Even though it wasn’t writing she pursued the artistic bloodline was there. Through high school into College the entertainment world was calling to her. She was even selected as the Cinco de Mayo Queen and Home Coming Queen. Her ability to connect with the public was evident at an early stage of her life. Being a part of the National Honor Society and Gifted & Talented program was proof for that ability.

Brenda expanded her education by attending Virginia College in Austin, Texas. Her most exciting learning experience was when she moved to Los Angeles and worked with her mentor Anthony Montes. There he introduced her to the Meisner technique and Strasberg method. Retaining this information she would return to New York and continue honing her skills.

“The Meisner technique is an approach to acting which was developed by the American theatre practitioner Sanford Meisner. The focus of the Meisner approach is for the actor to get out of their head, such as that the actor is behaving instinctively to the surrounding environment. To this end, some exercises for the Meisner technique are rooted in repetition so that the words are deemed insignificant compared to the underlying emotion. There is a greater focus on the other actor as opposed to one’s internal thoughts or feelings associated to the prescribed character.”

When it came to actors, Audrey Hepburn became her role model. She would emulate some her style in her acting like Audrey’s pose and elegance. This has become evident in her approach to acting and the level of respectability she projects. One example was when she was approached to take part in the Reality show “The Bachelor” which she declined.

“At the time I was in a relationship. So it didn’t seem fair to do that to my partner. I don’t want anything to do with any reality shows. I’ve seen a lot of the behind the scenes in L.A. and it’s so fake and overrated. Any actor knows better if they to want to take their career seriously you stay away from all that reality stuff.”

In 2012 she would have a feature role in her first TV series entitled “Boys Are Stupid, Girls Are Mean”. This would end up opening more doors for more roles. While she was chasing the acting bug she also participated as a runway model in the Fashion L.A. 2015. Even though it wasn’t something she normally takes part in it turned out to be an educational experience. 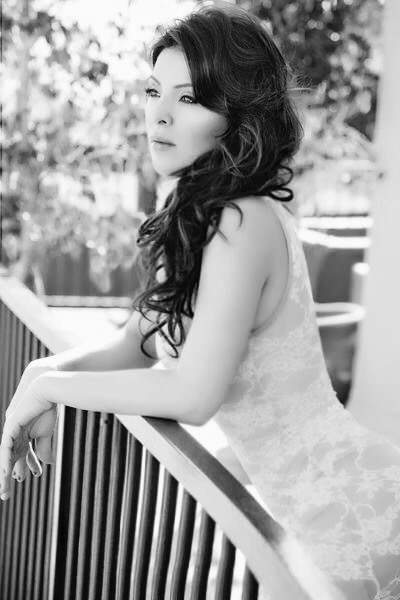 From 2012 till the present she has appeared in TV series, shorts and commercials. Currently she completed a promising film entitled “Wolf Mother” which she plays the character Jackie. The film was directed by Erik Peter Carlson (The Toy Soldiers, Brooklyn-Knights) and featured accomplished actor Kevin Pinassi (Transatlantic Coffee, Law& Order). The film was released this month and is playing in selective theatres in L.A. It is due to be shown in New York and Europe.

Besides all her progress in the acting world she never forgot where she came from. In Los Angeles she volunteered her time with actor Danny Trejo (Machete, Heat) at a children’s toy drive blood donation event at the Children’s Hospital. Her devotion to the public and desire to improve life for others she became a Child Ambassador of the Christian organization, World Vision. The group is set up to sponsor underprivileged children worldwide.

“It is set up to get people involved in helping sponsor, donate and volunteer all around the world where there is suffering and provide aid where is needed. That is where my part comes in. There’s so much more to it though. But you get the picture. We’re here to make the world a better place. For me to be a part of this and making a difference in someone else’s life means a lot to me.”

Brenda is woman whose devotion and love for acting is just as strong as her love for humanity. She is a class act with talent to boot. Be on the look-out for her new film “Wolf Mother” when it hits the New York streets.

Amy Adams is the face of Eau De Lacoste Fragrance

The harsh reality of Amanda Bynes