Marc Zappulla has just catapulted us back to a life-style very few of us are privy to with his new release “The Last Longshoreman”. Not since Marlon Brando’s marquee performance with “On The Waterfront” there hasn’t been anyone to bring us into the life of a longshoreman. Marc who has three other novels under his belt felt that re-inviting the public to this shadowy world would be a worthy subject to write about. Also his father worked on the waterfront as well.

He studied psychology at Endicott College where he received a Bachelor’s. Yet he seemed drawn to the love of writing and developing compelling content. His previous books “Unmasked” (w/ Gerry Cheevers – Hockey Hall of Fame Goaltender), “Active Girls/ Healthy Women” (w/ Mai Tran) and “How A Champion Is Made” (w/ Steve Cardillo) were all sports related projects. In his new release he delves into the world of the waterfront and the mob. Even though the subject area is far from what he usually writes he seemed to hit the hammer on the nail.

“It’s true, as far as books go; I’d written exclusively about sports related topics. However, I found myself with a bit of extra time between projects, and I had an original idea I felt would resonate with a particular target audience. To me, the only other project worth noting that focused on longshoremen was the movie “On the Waterfront” starring Marlon Brando back in 1954. Much of my motivation for writing The Last Longshoreman was based on that fact.”

Don’t be mistaken but Marc grew up around a lot of “mob” wannabes in Medford, MA. It was not uncommon to grow up with friends that would later become a part of the underworld in some capacity. Marc was raised during the hey-day of guys like Whitey Bulger and Jerry Anguilio. Even though the book is fiction his main character, Tony Costa is your typical wannabe who wants nothing more than to prove him-self worthy. He does so via his Uncle Dom who eventually is sent away and Tony is met with severe choices. The story delves into Tony’s internal conflict between his family and a life of crime. The book also maps out the inner workings of the waterfront and the corruption that governs it.

Marc believes the “mob genre” is not as prevalent with today’s young generation who are not familiar with that world. Whereas, those who grew up with blockbusters like “The Godfather” or “Goodfellas” adopted an interest in learning more about that world. Yet genres come and go like Sci-Fi and vampire stories, so there is no telling what can happen. For example, the Gotti film is supposed to come out soon, so who knows? The first print of his book had already sold out and was only available on Kindle which is great news for Marc. But since then it was added again to Amazon and Barnes & Nobles.

“The first 1st print did sell out, which was great, now the second print is available. I am pretty excited about that.” 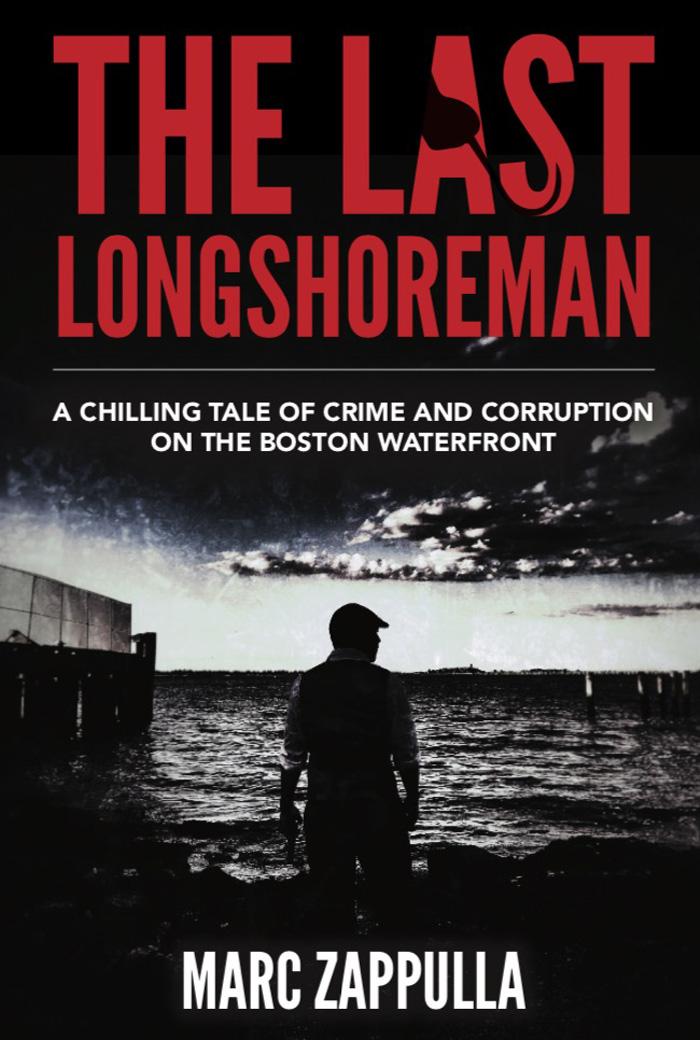 So far Marc has had a launch party in the North End of Boston which was a blast. As far as book signings go he has three on the calendar. One on November 12th in Londonderry, New Hampshire, at a cigar lounge called Twins and another two, one in December and one in January, both in Massachusetts.

He is always running ideas in his head and hopes to work on something new by the Spring of 2017. To keep up with Marc and his ongoing work visit http://www.marczappulla.com/