It is refreshing to delve into the heart of Manhattan’s Village and find what is beginning to seem as a surge of bringing back the rawness in music. Here in the famed club DROM, creative and innovative artist Mac Gollehon brought his sound and lyrical genius. The crowd that ranged in age from the early 20’s to upper 30’s took in his music with every beat. Typically Mac combines his band the Hispanic Mechanics with a DJ but this night the DJ was not available.

Usually Mac’s show includes a DJ that feeds off the band’s sound and puts his own spin on it. The whole band is from the New York area and they always bring there A-game at every show. Mac himself has an impressive track record he has played trumpet with artists like: David Bowie, Grace Jones, Duran Duran, Blondie and Rick James among others. His unique sound has been tagged as a fusion of EDM and Salsa. Even though his band is not made up of Latinos they have nailed the Latin sound fairly well.

“Tonight’s show was different without the DJ. It was very stark and trimmed down a more acoustic unplugged version that what you would hear on the album. Tonight was more Jazz influenced that usual.”

They recently released a new album in May of 2016 titled “Mac Gollehon & The Hispanic Mechanics”, a record full of energetic tracks. The cover of the CD says it all with his signature trumpet blasting out a spectrum of colors gives off the image of a party atmosphere. Mac has also been blessed with five hundred Gold and Platinum records while playing trumpet with the artists above.

With the band Mac’s intention is for it to consciously evolve by including different players to add more flavor to their sound. He likes to vary the sound never to seem the same like at DROM he wanted it to be more scaled down to fit for the venue. His intention was to be raw and keep the music true.

But in the future he wants to travel to different areas like say, Texas and utilize a top DJ in that area to work with them and bring forth that desired fusion. The DJ’s role is he has the basic tracks from the CD and he/she can sample two bars or four bars that are stark and let the band build on that. The DJ can then sample and loop that while the band can jam with it and then he/she can bring something else to the table. The more exciting the DJ is it propels the band to go in a different direction. The DJ is just as important as the band. It is a unique recipe that has not been seen in a long time.

“Rockwood was one of our more outstanding shows where we had an 80’s Dance DJ. We had a set drummer and a DJ who mixed the tempos from my CD and matched it up to dance music. It was a wild blend of sounds. It was the Hispanic Mechanics meets the South Brooklyn Casket Company.”

Mac’s intention is to bring together a varied audience of rock and dance fans in one setting. He wants to work with prominent DJ’s from Austria, Germany and other key locales. There is one gig coming up in December in Brooklyn, where they will be playing with a noise artist from Budapest. He termed it an avant-garde mix of music.

The name Hispanic Mechanics originated in a very unique way. Mac was going to work a gig at Ginny’s Supper Club in Harlem and the club owner contacted him the day before the show to inform him that that evening it will be a tribute to Celia Cruz and Ray Barretto. Mac got together an all Latin band to practice enough tribute tracks to perform. They did about nine numbers. The night of the event the manager comes into their dressing room and asks Mac what is bands name to introduce them. Every name Mac gave him he could not pronounce it correctly. Mac finally said Mac and the Hispanic Mechanics. The manager loved it and the name was born. The audience ate it up and loved the name.

Recently, Mac has not scheduled any type of tour but they are planning a semi-tour beginning in December at the Smoking Section Lounge. It will be a three day gig including James Chance. Mac also believes that more venues are open to live performances and the need for the raw sound of a band. This was not the case 5 or 10 years ago but it seems to be shifting.

“I saw that desire a long time ago. It was frustrating because a shift away from that ten years ago. And I played a lot of raw stuff really underground. Yet I do see a change it is getting better than it was. More venues are willing to book bands. Five years ago it was bad. Hopefully it will change and throw the rule book away.” 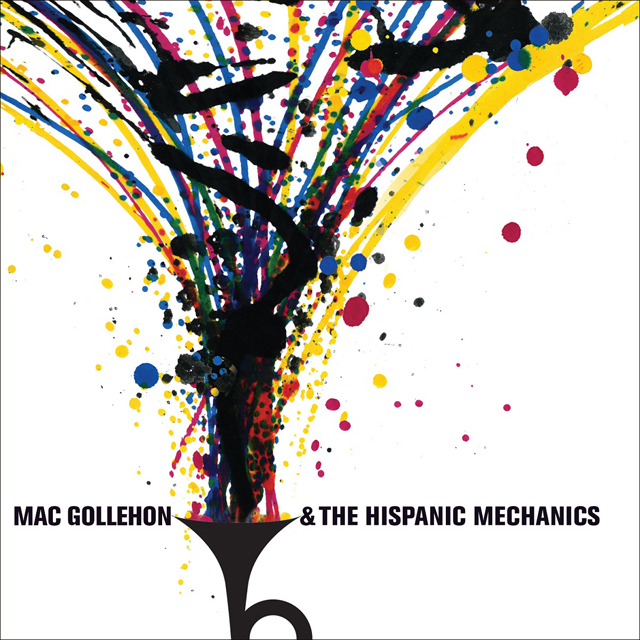 Mac’s intent is to fuse the DJ and the band as one. It is a unique act to follow that Mac actually attempted back in the late 80’s but did not prolong the idea. Here he has brought back that concept and perfecting it one venue at a time. To check Mac & The Hispanics visit them at
https://www.facebook.com/Mac-Gollehon-The-Hispanic-Mechanics-203452893343359/?ref=page_internal