When it comes to determination and passion, Fabian Thorne would be the poster child. Here is a man who would not permit any handicap to derail his long term plans. Fabian, ever since childhood was always interested in sports in any form. He played basketball and his favorite football. At first he was a sight to see at the local parks but he would graduate to play at the High School and semi-pro level.

But there was one major set-back that many would have avoided even attempting to compete. Fabian was legally blind on one eye but that did not stop him from not only trying out but making the team. He owes his perseverance to his mother, coaches and his own stubbornness.

At his High School in East Orange he broke records in rushing and carried on the same performance at Trinity College. Fabian would soon transfer to Delaware University and kept growing as a player. At DSU he made it his business to work extra hard to stay ahead of the other players. He would study film, ran stairs along with sprints, weight lifting and hydro aerobics during his spare time. Determination may be a light word to describe Fabian’s drive.

While playing at DSU he tallied up 2,385 rushing yards on 458 attempts he also scored at twenty five times. He played against such College teams like the Rattlers of Florida A&M and the Bisons of Howard University.

“I only missed the single-season rushing record my senior season because I was short by 3 yards and I wasn’t aware of it at the time,” explained Thorne. “I would have been the first fullback to do it had I gained those yards.”

Fabian even stayed an extra year at DSU to help as a running back coach. He was not only a jock but an exceptional student and completed a degree in Business Management. After leaving DSU he would play for the Kingston Panthers from the Empire State Football League, Newark Buccaneers and the Orange County Bulldogs. Fabian would take his talents overseas and play in Germany for the Erding Bulls which are part of the International Federation of American Football. He racked up another impressive record with 689 rushing yards on 73 attempts and 187 yards receiving. In addition, he scored twelve touchdowns. He was even invited to attend an NFL Europe championship game as a spectator VIP status because of his top performance on the field.

“Playing for the Erding Bulls in Germany was a very interesting and exciting experience. I was asked to play multiple positions, which I enjoyed and excelled at. The Germans truly appreciate the game of football. The atmosphere is similar to the United States in that they love sports. One big difference I noticed in Germany was the food. All of the produce and meats that we had was fresh and not processed. They did not use pesticides, fillers or additives.” 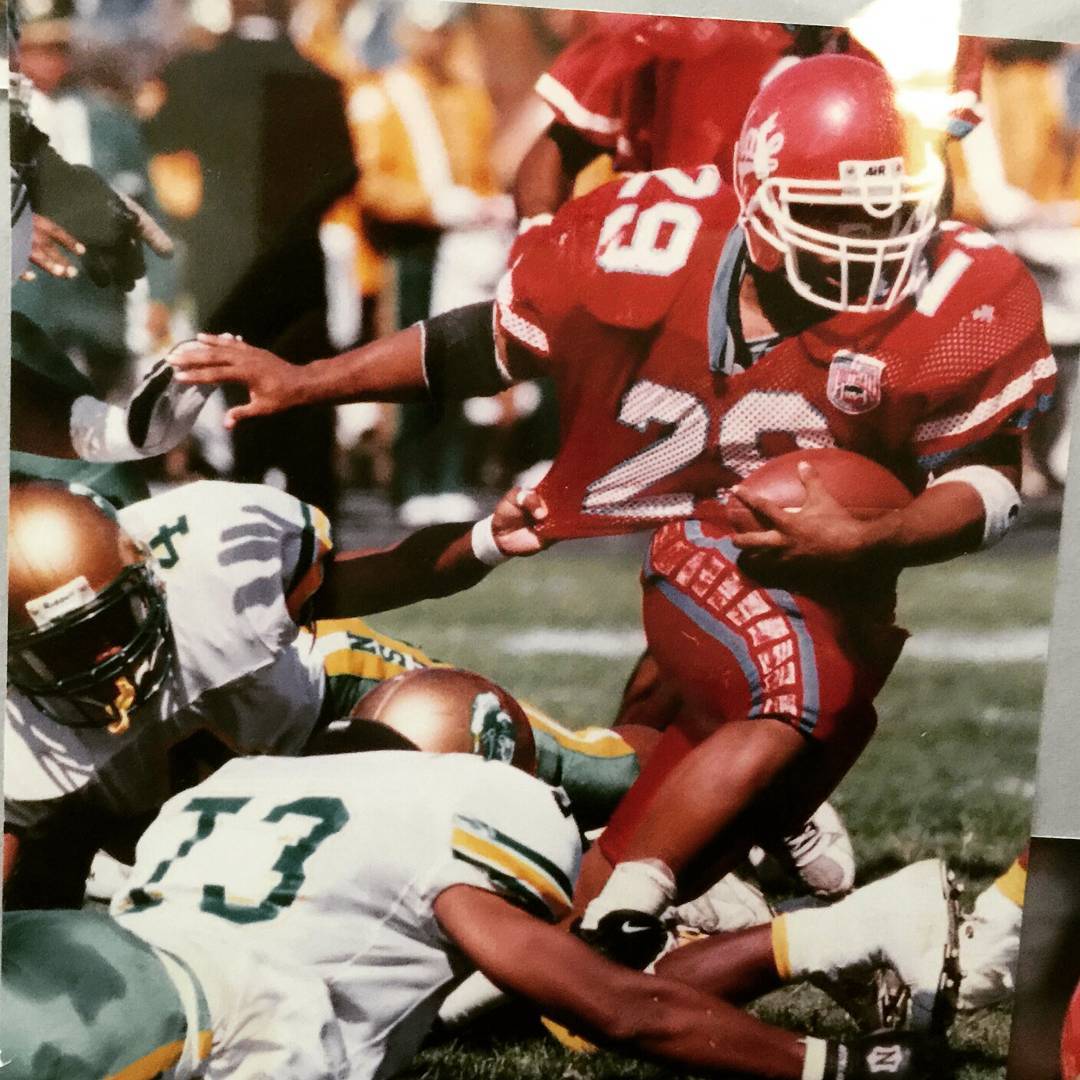 Fabian soon set his sights on a different venture. He took his knowledge of training he used for football and created a business around that discipline. The business turned out to be called Built2 Last (www.fabianthorne.com) which is geared to empowering others to live a healthier life. Fabian along with his team offers clients a “road map” to developing a better body, mind and soul. There methods are not limited to training in the gym but proper eating habits and life lessons as well. Built2 Last is not a singular mission but incorporates various solutions to one’s goal.

Fabian also offers his knowledge as an inspirational speaker at schools whenever possible. One of his favorite charities is the A Greater Harvest where he assists in various duties to those less fortunate. Another is the FP Youth Cry Foundation where he aides youngsters in the importance of living healthy, exercise and being a good sport.

With all this going on it is no surprise that he is looking to pen his own book called “Against All Odds”. All these accomplishments have not gone unnoticed as he also was asked to appear in the movie “Bound by Debt”. Fabian is a driving force that is rare to find nowadays along with his company Built2 Last he is no doubt going to break more records.

Naomi Osaka leaves IMG to start her own agency, Evolve