Chris Brown has graduated from American Bastard to Menace to Society

Tuesday marked the first time we’ve heard from Chris Brown since he was accused earlier this summer of trashing a villa in Ibiza, Spain, and implicated in threatening a female tour manager in what she describes as a drug-fueled tirade by the “Back To Sleep” performer.

In the course of 72 hours, there are some within the Brown camp worried that the 27-year-old singer is headed back down the same self-destructive path that led him to plead guilty in 2009 after savagely beating his then-girlfriend, pop princess Rihanna, following a pre-Grammys party. The horrific assault transformed the star into a cultural pariah and got him sentenced to a California anger management class and placed on probation for a felony domestic assault conviction.

Honestly, do you really believe his camp is worried about his well being when this has been a recurring theme for 7 years and counting?

Brown appeared incoherent and in a rage reminiscent of Tupac Shakur during a video rant posted on a social media website where he started out being clear that he lives above the law and answers to no one.

Brown’s most recent troubles started when the singer’s manager of four years, Michael “Mike G” Guirguis, filed a June 23 lawsuit claiming he was forced to go to the emergency room after Brown punched him in the face and neck repeatedly, “without any provocation.” The incident, which allegedly took place in May, happened after Brown invited Guirguis into a room to discuss business matters.

Court documents state that Brown showed no remorse following the alleged brutal attack, and even joked to other staff members and bragged about the violent ordeal on social media. Brown has insisted on Instagram that the entire story was made up and that he fired Guirguis for stealing money.

Then there’s the explosive text message exchange between Brown and his former publicist Nicole Perna, which took place before the Guirguis blowup. According to entertainment website TMZ, Perna — who also represents actresses Chloë Grace Moretz, Jessica Chastain and Renée Zellweger for powerhouse firm BWR — was praising Brown for his clothing line Black Pyramid, but the singer was in no mood for feel-good pleasantries.

“I don’t want you texting me compliments with no results,” he huffed, claiming that Perna had failed to secure Black Pyramid coverage in such glossy high-fashion publications as GQ and Vogue. “Get in the game.”

Guirguis was then directed by Brown to “send this bitch her termination” paperwork. When Perna attempted to de-escalate the blowup by ending the nasty back-and-forth with “Chris, respect .?.?. You’re in my prayers,” Brown texted back, “Bitch u in my nightmares.”

Perna responded with her resignation. 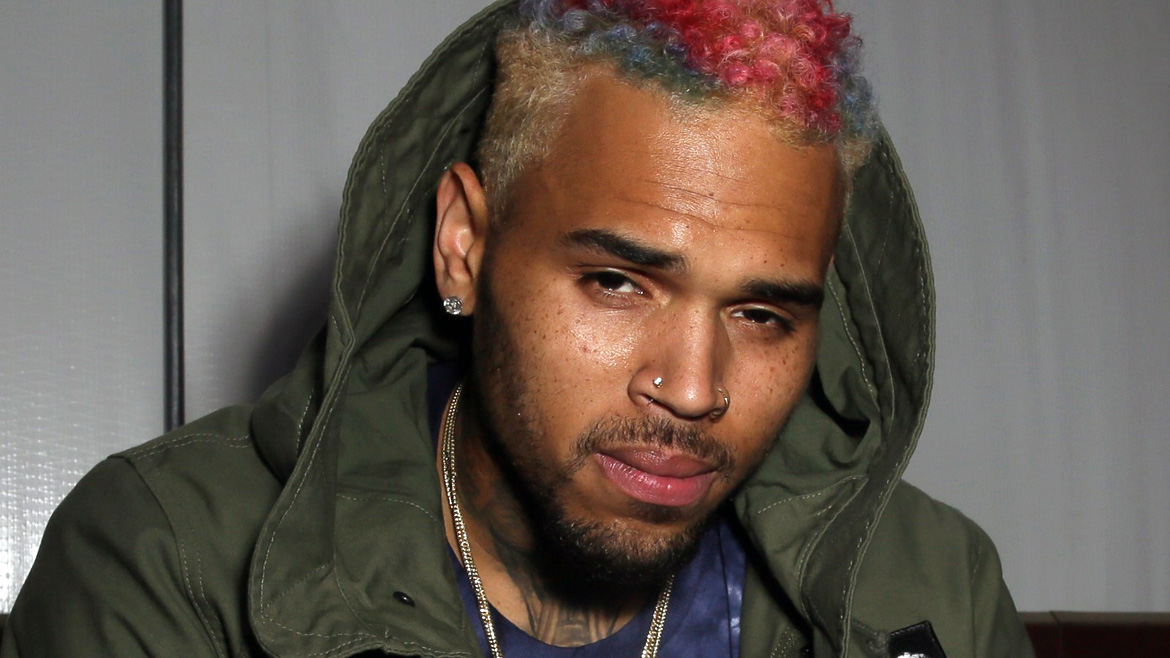 It was also reported at the end of June that Brown allegedly threatened then-tour manager Nancy Ghosh on May 23 during the singer’s European tour. Ghosh, who has worked with Justin Bieber, Kanye West and Jennifer Lopez, quit the tour after alleging that Brown cornered her on his bus following an argument over employment terms. In an email sent to Brown’s team, Ghosh said that she feared for her safety and that the crooner was acting “irrational and high on drugs,” adding that Brown referenced his alleged assault on Guirguis, inferring that he would do the same to her.

“ALL OF THESE PEOPLE WHO ARE CLAIMING TO BE MY ‘TEAM’, are apart [sic] of MI\KE Gs TEAM! .?.?. They all were fired on different occasions,” Brown responded in a lengthy June 29 Instagram rant over the trio of disturbing incidents. “IMMATURE AAND [sic] UNPROFESSIONAL HOW THEY ARE CHOOSING TO HANDLE S – – T. NO F – – KIN NEED FOR ME TO HASH OUT ANY SPECIFIC DETAILS, just know people will run up a check and do no work, or even care, THEN ITS YOUR FAULT WHEN U CALL THEM ON IT OR EVEN ASK??? I NEVER NEEDED ANYONE FOR MY TALENT. PR???”

The all-too-self-aware performer then floated this rhetorical gem: “PLEASE TELL ME FANS, DO YOU REALLY THINK THAT ‘CHRIS BROWN’ HAS HAD A GOOD PUBLICIST?”

Perhaps to escape all his employee disputes, Brown rented an Ibiza villa for the last week in June, reportedly for $26,000. But, according to TMZ, the landlord filed a police report after Brown checked out, alleging the singer left behind knife marks on walls, urine in a bed and vomit “everywhere.”

Brown later denied the allegations, saying in a video posted on social media that “I don’t conduct myself like that. We turn up, we have fun. We ain’t no f?-?-?kin’ animals, bro.”

While Brown was in Ibiza, hip-hop impresario Suge Knight filed suit against him and the West Hollywood nightclub 1Oak, where Knight was shot seven times at an August 2014 pre-VMA party hosted by Brown. Knight seeks payment for past and future medical bills in the suit, which accuses Brown of having gang ties. The suit also claims 1Oak should have had appropriate security measures in place since “Brown has a well-known track record of hosting events and/or parties in which violence frequently erupted.”

To be fair, it’s not like the month of May was great for Brown, either. Video from a May 19 Cannes, France, concert shows the singer angrily stomping on a man’s head. (Brown claimed he was defending himself.) And neighbors in his Tarzana, Calif., community complained to police — for the fifth time in a year — about Brown disturbing the peace by doing doughnuts on an ATV.

He referred to herself as a “victim” almost immediately after these incidents and continues to deny the simple reality that he needs therapy or a life coach in the short term.

“I feel like the lord has blessed me with life,” Brown said on how he’s feeling before his last trip to rehab.

That trip resulted in Brown being thrown out of the Malibu rehab facility Friday for violating 3 internal rules.

Brown maintained that he loves his parents, despite the fact that he has had no business authority figure since his early career origins in 2005.

His parents are not responsible for his poor choices, he said. Still, he has yet to hold himself accountable for his actions, something he has refused to do, and could end up completing his fall from grace with a lengthy prison sentence.

So who said they were worried about his well being again?