GLOBAL ARTIST PLANTING A SEED IN THE STATES

Coming from a small alpine town in Switzerland, where youngsters had no easy access to a jazz or pop education (before YouTube)…Eliane and her friends had to get themselves inspired/ organized and form their own bands, learn from records etc. Any free moment they had they lingered in the local music store and listened to everything they could get their hands on, discovering Jazz, Rock and Pop history.

She soon made it her business to make music her life’s work. After visiting NYC to check out the music scene she knew that this was the place for her to be. She soon moved to New York and graduated from the, The New School University with a BFA in Jazz and performing arts.

Eliane is not only a guitarist and vocalist but also a songwriter. Her talents began to be recognized and she would end up performing internationally. She had the opportunity to perform at International Festivals in China, Thailand, the Philippines, Myanmar, Malaysia, Nepal, Mongolia and in Europe.

“One of my favorite moments was at the Hong Kong International Festival. With the city’s impressive Skyline as a back drop and a big audience in front of me. I just started my first song and the people began to cheer in the middle of it. They made me feel very welcome and treated me like a star. Also performing in my hometown Brig is always special. I have a loyal following there.”

While touring in Asia she found that the people have a deep appreciation for artists coming from abroad. People are very enthusiastic and stand in line for autographs and pictures. New Yorker’s are certainly also enthusiastic but have an abundance of culture available to them every day and it is much harder for artists to gather a decent crowd at their concert, beating the cultural overload.

These opportunities were in-part because of the success of her album “Now and from Now On”. The international buzz she received began to open doors for her to get requests to perform overseas. Besides that she also was a candidate for the very first edition of “The Voice of Switzerland” in 2013 on Swiss National TV. The attention this generated only brought more results. She was soon asked to perform at the World Expo in Milan in 2015 and major events like the Soiree Suisse at the Swiss Embassy in Washington DC.

In NYC she also plays guitar in several groups like “As Lolas”, an all female band playing Brazilian psychedelic 70ties Rock. Eliane has not stopped there as she has planted her flag in many other areas. She had the pleasure of playing alongside such acts like Lou Reed, Susan Vega and the Brazilian Girls at the reopening of the Silverstein Building at the World Trade Center.

On a release note, her song “As If” appeared in the award winning movie “Approaching Union Square” by filmmaker Marc Meyers. Another key accomplishment was her voice being featured on a song by Jeremy Mage entitled “Slippery Light” which aired on the NBC hit TV series “Lipstick Jungle”. 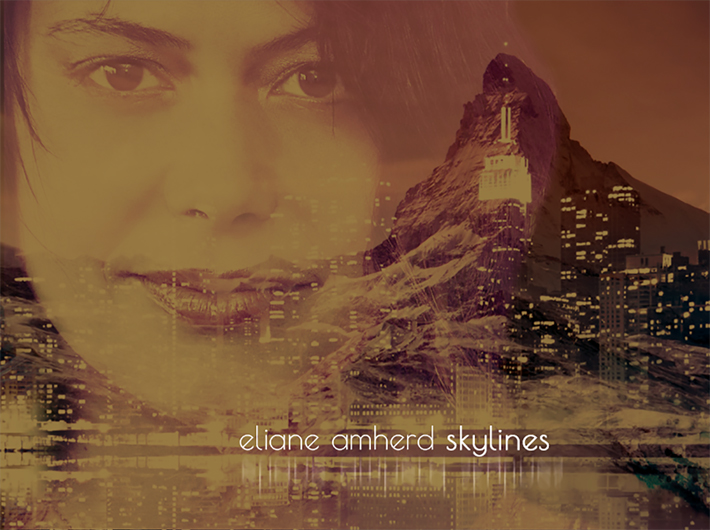 Currently, her new album “Skyline” has been released in Europe and will be soon here in the States. The album offers a multi-layered display of genres that seem to fuse seamlessly. From the opening track “Never Is” to the jazz / rhythmic sound of “Andromeda” she paints a musical landscape in which to travel. Eliane has made many strides as a band member and even more so as a solo artist. The album is meant to portray her two sides the one in Switzerland and the one in New York. Besides the album she is also due back in her native land to host a festival that spotlights women performers.

Eliane is also slated for a show at the Way Station (http://waystationbk.blogspot.ch) on June 24th in Brooklyn, New York. This European import is all about spreading her love of music in any way possible. Look out for her new album “Sklyline” wherever music is sold.
www.elianeperforms.com