Tiayra Green never thought she would reach the level she has risen to on the basketball circuit. But she has managed to break all kinds of records from High School to the NCAA. While attending Acadian Middle School in Lafayette, Louisiana, she came to the realization she was meant to own the court. She and another player Tyra Arceneaux began making a name for themselves on the court for their synergy. Soon coaches from area high schools began to show an interest in recruiting her on their teams. At the time she was only in 7th grade!

Her family is full of athletes from her mother who ran track at Division I Nichols State (La.) to her brother, Aaron who plays basketball at Lane College. It is no wonder that the sports torch was passed onto Tiayra. As she grew into the sport certain legends became her inspiration from Lisa Leslie, Cynthia Cooper to Michael Jordan. While in High School she managed to make All-County and All-Region honors all four years, First-Team as a senior and All-State Team. She and another player Janel Osborne were the first two female athletes to set records and go to a Division One College right out of Riverdale High School. It was a great accomplishment that few know about.

During her time playing for the Riverdale Raiders she averaged a triple-double and nearly a quadruple-double with 26.0 points, 10.0 rebounds, 12.0 assists and 8.0 steals per game. Bringing her A-game only helped her team post 39-15 record over the final two years, including second place finish in the region as a senior and third place standing as a junior.

Tiayra would expand her horizons when she was picked to play for WUBA (Women’s Universal Basketball Association, the fastest growing mid-market professional basketball league). She was introduced to former NBA Pro Jermaine Barnes the President of the WUBA who saw her potential. Tiayra has also been picked to play for WBCBL (The Women’s Blue Chip Basketball League, the Premier Professional Development Basketball League for Women).

“As a rookie to the league I only get a limited amount of playing time but I am able to condition my body and mind to being able to playing professionally. I am learning humility, patience and how to take advantage of my opportunities. I really do not know I qualified for the team but I am proving that I belong here. But I do want to thank my agent Shawn “Etcetera” McClain for making the WUBA a great opportunity for me because without him it wouldn’t even been possible.” 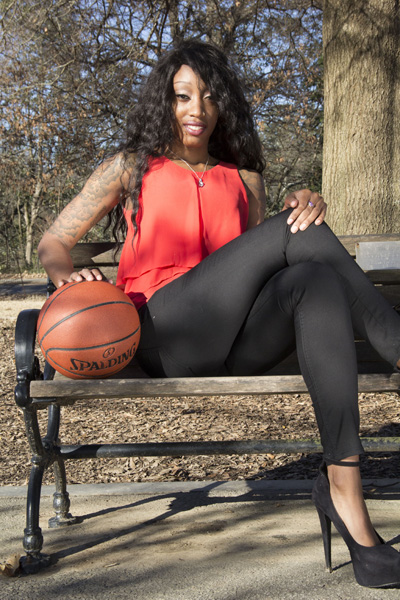 She is also a part of the GIE Lady Matrix which is one of the three top teams in WUBA southern conference and also a part of the Georgia Stampede which holds second place in their WBCBL Smoky Mountains Region. Both leagues are responsible for recruiting the most promising players on an international and national level. The WNBA and International serves as a scout for both leagues. She has locked in a two spot (shooting guard) on the WUBA team and three spot (small forward) and four spot (power forward) on the WBCBL team. This year alone she will take part in the 2016 WUBA Rookies V.S. Vets All-Star Game that takes place on May 21st 2016.

“I am most definitely looking to take my love of basketball to a pro level, but what I have learned since I graduated from was that being patient is the key and sooner than later my time will come and when my time does come I will make the best of it.”

While she was attending Clayton State she averaged 10.2 points, 3.5 rebounds, 1.1 steals and 1.0 assists in 52 games and 38 starts. This was only complimented by her performance in the Peach Belt Conference Regular Season Championship and NCAA Tournament Team. During her season year at Clayton State she stepped up her game in 21 starts out of 24 games and was averaging 12 points, four rebounds and 1.3 assists and a steal a game. During her two years at Clayton State her record breaking was only just starting while attending UNC Pembroke she scored 14 points and a career-high 14 boards marking her first career double-double. She has at least five games posting 20 points and a career high 26 against Lander University on February 1, 2014. She left her mark with other teams like the Golden Eagles at Chattahoochee Tech where she was named GCAA Player of the Week and earlier for the University of Tulsa’s Golden Hurricanes where she pulled down a career-high three rebounds against Southern Methodist.

Tiayra is determined to put her name on the basketball map as she is placing her sights on the pros. Keep your eyes peeled on this power player as she climbs the sports ladder one breaking record at a time.