Women and the disease called FAME

It seems the digital space’s obsession of the moment is anything other than positive news. This is interesting not because it was well written or gave great commentary based on the actual article, but because of the fact that the very same “celebrities” that people want out of the spotlight have helped keep them the focal point of trending topics in 2015.

The audience and its attention is very telling about our divided society, where so many are sick & tired of fame “chasers” while others can’t get enough – turning into the vicious cycle of all participants amassing into a society of fame chasers. Whether it’s in our need to blast off in condemning, or our need to to give undue praise, exhalation & credibility to all that we say we love has indeed trumped anything else in life, period.

These past few years & particularly these past few months have really shown this divide in a society that is driven by the whoring of fame. Celebrities, the media, pundits & everyday people – we are all participants in the disease of fame. 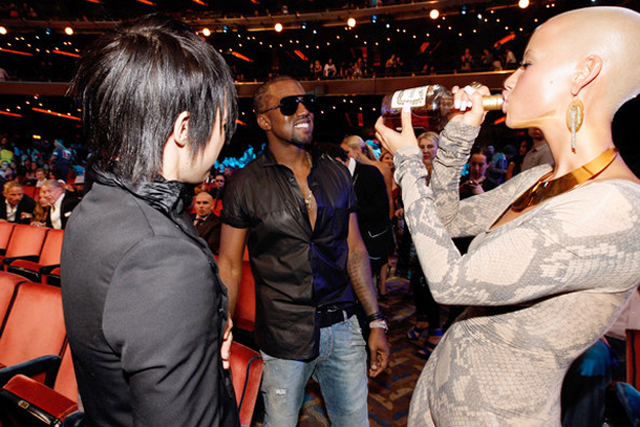 We are all fame whores or leaders of fame whores in giving them the attention in our participation on any level, whether it is in love or hate. Me posting this right now is me being among the participants, so how do we all just stop when the whoring of fame rules everything around us?

There has been a rash of everyday women exposed for brandishing their whorish ways as a badge of honor instead of a scarlet letter, wives chasing an athlete payday over refusing to settle for traditional standards with their husbands, and of course, Instagram models.

There’s even a new found obsession with the the psyche, behavior & relationship needs of women of color – as we look to find weekend flings instead of husbands, while exposing other women of color who are basketball wives & wannabe wives. No matter how rich or beautiful, many women feel they are not seeking marriage because of some sort of innate generalized defects (usually called “seeing what other people are getting and wanting what they have”), as the idea of the “strong Black man” has regressed from Malcom Jamal Warner and Will Smith to Jim Jones and Chris Brown.

But just why is our modern-day culture so obsessed with fame?

Certainly wanting to be the next big celebrity isn’t anything new, as each generation had its portion of wannabe rock, movie and TV stars, but since the rise of the Internet, along with its ability to give the average person an immediate audience, the everyday 31 year old Jill who works at an adult dance club as a bartender, has leapt off the bar and headed to the nearest computer to show the world what she can do artistically via abusing startup GoFundMe in her quest to get laid by some of today’s professional athletes in hopes of quitting her day job.

It’s a little scary, but it seems that an extremely large portion of today’s modern-day culture would rather be Draya Michelle rather than the lawyers and the accountants that manage their brands, and what’s even scarier is that many of these people won’t just stop at dreaming of fame, some will ignore their personal responsibilities and put more realistic goals, like being a valedictorian or paying basic monthly bills, on the back burner.

What also may sound troubling to some, is the fact that the fame bug is extremely hard to stomp out, and many people will chase unrealistic pursuits their whole lives and most will live in a perpetual state of disappointment.

The fame disease is never cured and people have to live with it all their lives. However hard they try to become famous, they’ll fail to get what they’re after.

What’s also interesting is that the percentage of people wanting to become famous hasn’t really increased that much over the years, and it’s just the fact that there are more avenues today for people to become celebrities, so it just seems like today’s everyday people want fame more than the talented celebrities themselves.

But I doubt these theories will keep people from trying to be the next VH1 Reality Celebrity.