3 tools to keep up on sales online

While flash sales sites like Gilt Groupe have built their user base on the adrenaline of an amazing, unexpected discount, sometimes what you really want is a tool to tell you when an item you actually want has gone on sale. Fortunately, more and more startups are working to facilitate that, one of the best-known examples being Hukkster. The latest to launch is Shoptagr (pronounced: “Shop tagger”), which went live earlier this year. While not a flat-out copycat, the combination of its user experience and initial features make it eerily similar to Hukkster’s product. So, let’s take a look through the landscape of sales alert tools to parse who’s doing what.

Hukkster
Those deep into online shopping (no judgment) are likely familiar with Hukkster at this point, since the startup launched in 2012 and has raised $4.5 million in venture capital funding to date. For those who haven’t used it, Hukkster functions as a bookmarklet that sits in your browser; every time you happen upon a product that you’re interested in tracking, you click the “Hukk It” button and input your size, color preference and the markdown at which you want to receive an alert (say, 25 or 50 percent). Hukkster sends you an email alert if an item you’ve “hukked” goes on sale, and also informs you about coupon codes and special offers. Hukkster currently only tracks prices listed in U.S. dollars, but there are plans in the works to expand internationally.

Shoptagr
The aforementioned new kid on the block. Like Hukkster, Shoptagr tracks individual items based on size, color and degree of markdown.The design of Shoptagr’s interface is probably a little too close to Hukkster’s for comfort. But there are a few points of difference. Shoptagr supports multiple currencies right out of the gate; the startup is based between Copenhagen, Tel Aviv and London, with plans to open offices in the UK soon. Out of deference to Hukkster’s primacy in the U.S., it’s targeting the European market, co-founder Jonathan Friedman says. Shoptagr also uses a crawling engine, rather than aggregating retailers’ feeds (as Lyst does), which means that it can track price changes in real-time. Friedman says that this also results in faster loading times relative to sites like Hukkster. I’ve used both tools on the same products, however, and haven’t seen a noticeable speed difference. Shoptagr is currently at work on a feature that, like Lyst, will enable it to track products across multiple sites. It’s going to need more differentiation to set it apart from the pack, at least in the U.S. market.

Lyst
Lyst, which creates a custom feed of clothing across e-commerce sites, integrated with Pinterest in 2012 to alert those who use both sites when an item they’ve pinned goes on sale. Pinterest later launched its own price-tracking tools. Now the site also has its own email alerts, which helps it compete with dedicated sales tracking startups. Unlike Hukkster, Lyst tracks sales across multiple e-commerce sites — so, if you bookmark a dress in Saks and it goes on sales at Neiman Marcus, you’ll still receive a sale notification. And while some other product aggregators only update their products every 24 hours, Lyst is constantly refreshing its data, since prices and availability fluctuate so quickly.

Whether you’re a distance-obsessed runner training for your next 10K or even a hard-core yogi, whoever said fitness and fashion had to be mutually exclusive? Go... 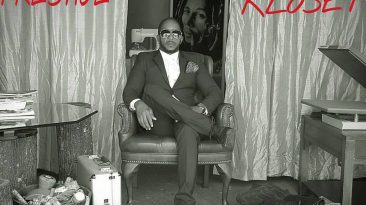 In a world of ever changing styles and trends a Florida based fashion designer stays ahead of the curve. Kevin the CEO of Prestige Kloset has made it his business to...

Ever since her days at the High School of Performing Arts, Deborah Lee Fong has never hung up her acting / dancing shoes. Only recently at the 23rd Urban World Film...

INTERNATIONAL ACTRESS ESTABLISHING HERSELF IN THE NEW YORK THEATRE SCENE