Playing By The Rules: Safe or Dumb?

Mind games in relationships and indeed dating in general are without a doubt one of the most annoying parts of the dating game. We all do it, we all hate having it done to us. So why do two people (who are clearly into each other) shoot themselves in the foot with bizarre acts of attention seeking, jealousy, pretending to be uninterested, and general attempts to preempt and control the situation?

Everyone has their own reasons: hurt from a previous relationship, the inability to trust, even the belief that no-one could possibly really like them for who they are. It all boils down to one thing, yourself, “You and only you are responsible for your own happiness.” With these words ringing in my head I decided to delve into happiness in a relationship.

This leaves me now in my mid twenties with a serious trust complex leaving me second guessing the person I am with, judging them based on my past experiences and not on their own actions and qualities. This is in no way fair or indeed healthy for a relationship, and is the ‘baggage’ I bring to it.

This is not uncommon, how many of us have seen a comment on their partners Facebook and instantly assumed something was suspicious? Most of us will put our hands up to that.

I think this stems from low self-esteem. A deep rooted belief that the person with us can do better, or is just ‘making-do’ with you.

Also part of the blame lies with technology. The plethora of communication tools at our disposal is daunting and ridiculous: Facebook, Twitter, Email, WhatsApp, Instagram. People don’t even like talking on the phone, how did that happen? How did using your voice to talk to another human being become an unwanted way of communicating?!

Instead we rely on the written word, over the internet or a smartphone screen all emotion and tone is taken away meaning a simple comment can be read in any one of a hundred ways. Communication is eternally touted as the essential ingredient in a successful relationship, but it’s about quality not quantity. Sit down together or pick up the phone and have a conversation, just do not start typing. 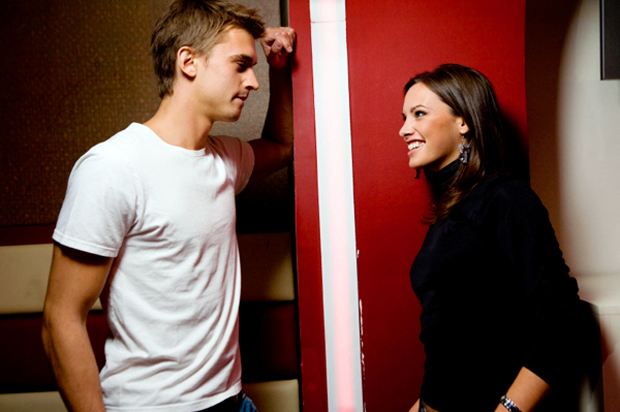 Guys love labels…Except for when it involves WOMEN

Something I’m noticing recently is girls’ increasing acceptance of the typically ‘guy’ trait of not labeling their relationship.

It’s fine. He doesn’t think we need to put a girlfriend/boyfriend label on what we have.

What I’m about to say is truthful, but this goes for everyone: you need a label.

Simply saying “we agreed to be exclusive” is like giving Iran nukes because they promise they won’t ever use them on you. From a guy’s standpoint, that line is a way to get what you want with an easy escape route when you’re bored of us.

I guess this goes back to first defining EXACTLY what each term means to both people. Are you seeing each other? Dating? Hooking up? In a relationship? In an open relationship?

Please, pick one and figure out what the f–k the rules are because I’m clueless at this point.

In the end anything outside of a “boyfriend and girlfriend” relationship means they’re open to hook-up elsewhere. That’s something that needs to be understood. Sure, you’re both “exclusive” now but let me know what he says when you find out he hooked up with somebody else. I’m sure it’ll be something along the lines of “What’s the problem? It’s not like we’re going out.”

In a world where Facebook relationship status’s are the only legitimate form of proof, a simple promise to be exclusive is bulls–t. Sorry ladies but if he’s not your boyfriend, he’s just not that into you.