Why Is Obesity Such a Recurring Problem?

The United States is clearly the fattest nation in the world. According to world obesity statistics, 30.6 percent of Americans are obese. Running a close second is Mexico, with 24.2 percent, and coming in third is the United Kingdom with an even 23 percent. These obesity statistics represent individuals of all races and gender who have a body mass index greater than 30 percent.

Obesity is far more serious than simply being a few pounds overweight. It is a condition which places severe stress on the body and can often become a main contributing factor to an individual’s demise. Because there are so many people worldwide who are obese, it is important to take a look at underlying factors which may contribute to obesity around the globe.

In America, the land of excess, it’s commonplace to overeat on a regular basis. However in today’s shaky economy, some might expect obesity levels to decline due to families having less money to spend. The fact is obesity levels in America are on the rise. How could this be? Why are countries that are not as prosperous as the United States also showing high obesity statistics?

In order to answer this question, perhaps it would be wise to take a look at some underlying issues which often cause people to overeat in the first place.

Very few people in this world have everything that they want. In fact, most don’t even have everything they need. Many people live their lives from day to day feeling like they’re missing something. For one reason or another, we all feel an emptiness that we are longing to fill. Some people pick up the bottle, some pick up drugs, and many people use food to feel that empty feeling inside.

This goes beyond an empty stomach here. It’s a feeling of emotional or spiritual emptiness which is longing to be filled. Many people feel unloved, or feel that they are not worthy of being loved. This is a common sentiment which crosses all boundaries of land, race and gender.

Maybe you had a bad day, or you are feeling negatively about yourself or your life circumstances, and you simply want to feel better. Instead of acknowledging those feelings and moving through them through more positive channels such as spirituality or artistic expression, you indulge in eating excessively.

You think to yourself, “I work hard and I deserve to indulge myself by eating the foods which I enjoy.” I’m sure many people feel this way. The problem begins when you don’t know when, to say when. 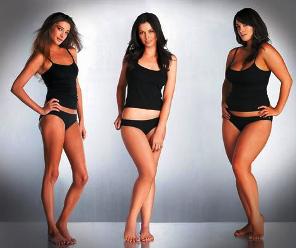 Gigantic portions are the staple of many restaurants in the West. Fat and calorie-laden foods are definitely an option that you will find in many restaurants across the civilized world. The question becomes, what do you choose? Just because you have more than enough food on your plate doesn’t mean you have to eat it right now.

In addition to choosing the wrong foods or indulging in excess, living a fundamentally sedentary lifestyle contributes to obesity statistics. Most people around the globe don’t have to worry about hunting and gathering for their families. Instead, all we have to worry about is prying ourselves away from our televisions and video games, long enough to answer the door and give money to the pizza guy.

Many people do not enjoy exercise. This may be because they haven’t yet found a physical activity which they enjoy or which they excel at. They associate exercise, either with running for miles or perhaps jumping around doing aerobics. Or, perhaps they simply feel too tired to exert any more energy after a long day of work. Whatever the case may be, many people don’t realize that simply walking around the block a few times a week could make a big difference in the way that they look and the way that they feel.

In order for obesity statistics to show a reversal, people across the globe must make a decision to love and care for their bodies the best way that they know how. Finding positive outlets for misplaced emotions such as boredom or despair is an important tool in creating a fundamental feeling of self-worth in the individual.

Once people begin to accomplish this individually, perhaps we might begin to notice a reversal of all types of addictions, as well as experiencing a decrease in the number of obese individuals found around the world.