CANDY O ‘ TERRY- AN EXCEPTIONAL WOMAN WITH A BIG HEART

When it comes to women making strides in the entertainment industry with honor and integrity no one stands out like the talented Candy O’ Terry, this year’s recipient of the Massachusetts Broadcasters Association’s Broadcaster of the Year award.

Candy has been part of the radio scene for over 25 years and has shed her light brighter than anyone could have imagined. Her love for music and radio were a natural one, encouraged by her biggest fan, her father. Her father was always willing to show off his daughter’s skills in front of house guests any chance he had. It became so normal that even their dog joined the show.

Candy was always immersed in music studying vinyl records from back to front. She made it her business to learn the music, note for note and memorize the lyrics. During her schooling she took part in all kinds of plays and sang at her local church. She was inspired by just about every female artist she heard on pop radio.

“Everybody needs that one person who believes in them and for me, that person was my Dad. When I was about 3 years old, he’d let me use our cocktail table as my stage and I’d sing for our dinner guests. I always had big dreams of being on a stage.”

Although music was always her first love, Candy was always a strong writer and decided to major in English at Boston College where she also sang on campus in coffeehouses.

Candy would go on and accomplish some incredible things. One of them was competing on Star Search. She not only competed but made it to the qualifying rounds not once but twice. Even though she impressed the judges she was cut right before the finals. One of her competitors was Broadway star, Linda Eder who would go on to win the entire competition that year.

She would soon realize after having a family that surviving as a performer was not a simple task. Candy had to find another way to earn a living as a single mother with two children. This is when she decided to go into radio which was a good idea since she wanted to be near music. Her first move was to attend a four month course at the Connecticut School of Broadcasting where she received a scholarship to study the use of broadcasting equipment as well as how to write for commercial radio and how to perform on the air. The next step would lead to a gratifying career. Candy soon landed a job at heritage station WMJX, Magic 106.7 in Boston. She would end up completing nearly 25 years of service at the Greater Media owned station.

“I had three interviews: one was as a newscaster in a tiny little town about 100 miles from my home, the second was as an overnight reporter, gathering news for a local morning show and the third was as the fill-in secretary for the program director at Magic 106.7.”

She took the last one, thinking that if she could just be “a fly on the wall” and soak up everything she could about the business of radio, she’d be better off for the experience. That job would soon become permanent and Candy’s dream of someday being on the air would come true about a year later when a disc jockey got fired for falling asleep on the air and her boss gave her a shot.

“I was so terrified and I was terrible, but somehow, my boss had faith in me.”

While being at the station she would go on to create the Exceptional Women show: winner of 43 local and national awards for excellence in women’s programming. The thirty minute public affairs show was set up to spotlight women who have made major strides in their lives

and careers. Between 1993 and 2015, the show featured over 500 women including three first ladies, superstars like Mariah Carey, Stevie Nicks, Bette Midler and Gloria Estefan and astronauts Sally Ride and Sunita Williams. But the interviews Candy treasures the most are the stories of humble, local women, doing great things with their lives. The show would become a cornerstone of the station, launching a yearly celebration called the Exceptional Women Awards with proceeds benefitting the fight against breast cancer.

Candy has always been one to support positive work that benefits others and serves as Co-Founder & President of Boston Women in Media & Entertainment www.bwme.org. She is also a staunch supporter of the fight against cancer. But her reason is far deeper than just doing the right thing. As a teenager she experienced what it was like to watch her mother battle and then lose her fight against breast cancer. That loss caused her to jump head first into pushing for a cure. She currently supports at least four different non-profit organizations devoted to the cause.

Currently, she has released her own CD entitled “Dream Come True” with a portion of the proceeds benefitting a Boston based charity called Lucy’s Love Bus (www.lucyslovebus.org). The organization offers comfort and care to children with cancer. Candy learned about the charity when it’s founder, Beecher Grogan was featured on the Exceptional Women show.

She worked on the CD with some talented musicians. The first being Grammy nominee Jim Brickman who gave her permission to record two of his songs “The Gift” and “Valentine”. She also worked with saxophonist and jazz prodigy Grace Kelly on the track “Silent Night”. Although most of the tracks are covers she co-wrote “Your the Only One” with Boston rocker Charlie Farren, formerly of Farrenheit and the Steve Perry Project. Orchestrations for Dream Come True were provided by Brad Hatfield, principal pianist for the Boston Pops and harmony vocals for her cover of Hasten Down The Wind were provided by James Taylor’s brother, Livingston.

Candy would soon realize that it was time to take a new step in her life. She decided to leave radio after 25 years as one of the most well known people on the air in Boston.

“It was so hard to walk away from a two year deal to continue doing morning drive on Magic 106.7, but I just hated getting up at 3:30AM and it was time for me to turn the page.”

So, on March 30, 2015, Candy packed up her office and started a new chapter including singing live, hosting events, marketing her CD, writing a children’s book series and making the transition from radio announcer to voice actor. The best place for her to learn this art was from a woman she considered “the best in the business”… Lau Lapides Company.

“It’s one thing to be a one take wonder when you are recording a commercial for a radio station. It’s another thing to develop different styles and nuances in your voice that are marketable to advertisers on a national level and that’s my goal!” 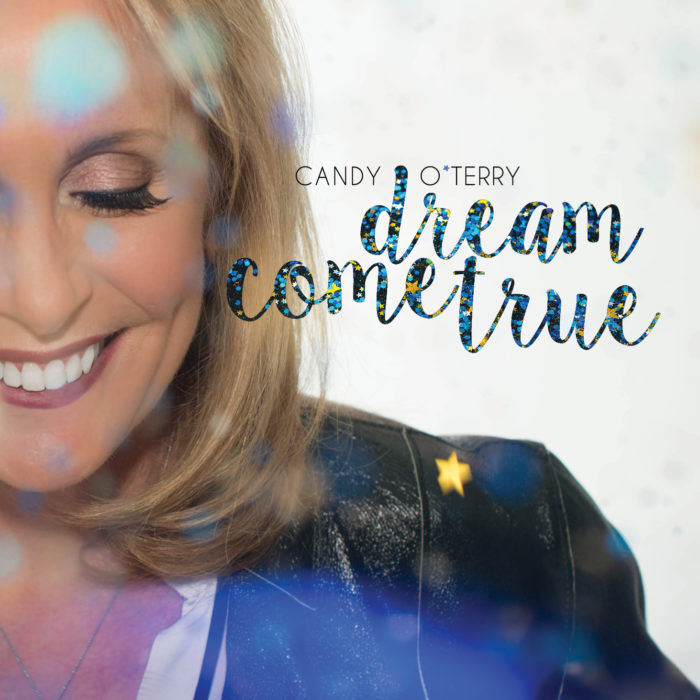 “I chose Lau Lapides as my coach because she is a superb actress who knows how to dig deep down inside her students to reveal their true potential. She is warm and supportive, well connected and never judgmental. Lau and her incredible team of pros are helping me discover parts of my voice and delivery I never knew I had!”

Candy is living proof that a woman’s drive and passion can never be underestimated. To keep up with Candy’s work and to look into her CD go to www.candyoterry.com
by Nick Christophers