Joseph Sant never thought he would leave his native Seattle but something drew him to the music mecca of New York City. After he bounced around a few temporary spots he found his own pad with fellow band member Tyler Graham. Yet before his trek to NYC he performed in many bands back home, one of them stuck out the most. The band Backlights was a true inspiration since the group would write music collaboratively. This helped mold him musically.

When he started in New York he found it pulsating with a strong indie scene. Here is where he began performing at venues like Glasslands and Cameo Gallery (both have closed since). Another spot that was a favorite of Joseph’s is, Cakeshop, which is still in operation.

“I did love playing at Glasslands – the deco was beautiful, there were good bones to the space, the staff were always great. It was in sight of the East River when you stepped outside, which gave a serenity to the vibe there. I was pretty sad to see that place go.” 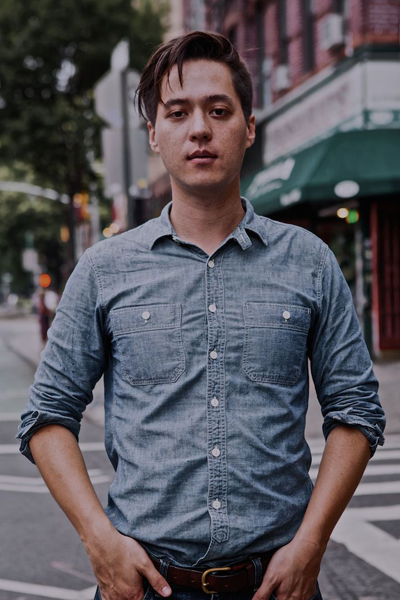 Currently, Joseph has released his debut EP, “Sea White Salt” that delves into the human psyche with deep rooted messages. The EP is a journey into various emotions, where it goes from beauty to feelings of sadness. Joseph’s songwriting is a throw-back to the days of Bob Dylan and David Bowie. His songs derive from a stream of consciousness that analyzes certain visions and thoughts. One example is the track “Horse at the Beach” where a specific character emerges. The EP consists of four songs, “Horse at the Beach”, “Sea White Salt”, “Nor’easter” and “Only the Shock” (http://josephsant.com/)

Joseph and his band cut the EP at Four Foot Studios in Williamsburg. The producer Gabriel Galvin came upon the band’s music by fate. After Joseph and Tyler heard his show they submitted their demos and Gabe played them on his radio show. Eventually he would end up producing the record, recorded it, mixing it and giving it life. The EP was their first musical collaboration.

His style is a reflection of who had influenced him musically. Bands like Jesus and Mary Chain’s, Blood Orange, Leslie Feist’s, Hamilton Leithauser and James Blake. Ever since the release of the EP Joseph has been dropping a new song every once in a while during his set. He is gearing up for a full album eventually with his band Gabriel Galvin (guitar), Stirling Krusing (lap steel) long-time collaborator Tyler Graham (drums), and bassist Georgia Tan.