IN DEPTH ACCOUNTS OF LIFE AMONG THE MOB’S GRIM REAPER: The Mafia Hit Man’s Daughter by Linda Scarpa 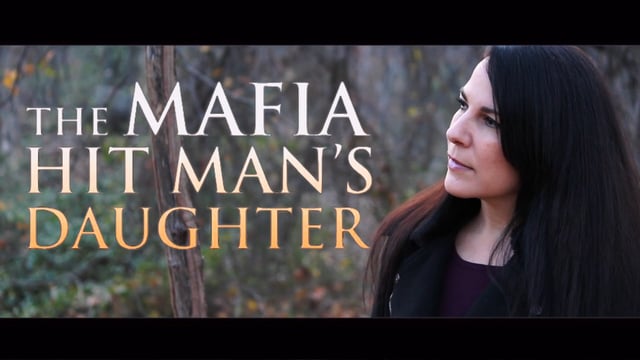 We have been inundated with books, films and TV shows on the subject of the mafia over the years. There have been wives, girlfriends and daughters who took to the pen to expose their experiences. Yet many of them have either “sugar-coated” their stories or really had no knowledge of “the life”.

One of the earliest books that delved deep into the “the life” was “Mafia Marriage” by Rosalie Bonanno, who was married to Bill Bonanno. Until then there have been attempts to expose the true meaning of living in that world i.e.: “This Family of Mine” by Victoria Gotti, “The Godfathers Daughter” by Rita Gigante and “Mob Daughter” by Karen Gravano. But none have truly captured it the way Linda Scarpa has in her new book “The Mafia Hit Man’s Daughter”.

The book is a page turner with dates and facts that are an eye opener. She makes no effort to hide anything or to deviate from the truth. It is laced with the passion her father, Greg Scarpa had for her but also his passion for revenge. Linda makes no attempt to paint her father as an angel or anyone else she has dealt with who was apart of “the life”.

This is evident when she describes the time she is caught in the crossfire when an Orena hit-team is sent to murder her father. That alone is chilling as she watched from her car as bullets riddled her fathers car. Somehow he survived but the love he had for his daughter and grandson (who was in her car at the time) drove him to kill the ones responsible.

“The Mafia Hit Man’s Daughter” is not one for the light hearted as she details all the trials and tribulations that unfolded in her Brooklyn home. Her father was a rare individual in that world, he played by his rules and no one else’s. His main goal was to protect his family not as much as his other “Family”. Greg was a true gangster but in his heart and mind, his blood family came first.

“This is a heartbreaking life, one day filled with abundance of family / friends and love the next day filled with heartache, loss and loneliness. But the one thing that always stayed true is the unconditional love between a father and daughter. In my case I felt that no matter what, the true story needed to be told from inside our home. I tell my story from first hand experiences . As only I can tell because I was around my father through the best of times and the Worst!”

The beauty of this piece is that Linda did not paint us a pretty picture but gave us the guts and gore of life among a hard-core gangster. But also life among a man who did truly love his children but “the life” got the best of him. Her story is first- hand not from any third-party that is usually convoluted.

Currently, it has already made the Amazon.com #1 Bestsellers list in certain categories and has garnered positive reviews on Goodreads.com. “The Mafia Hit Man’s Daughter” is a must have for anyone interested to read the truth not some fluff book making their father, husband or boyfriend an angel or a victim of society. To learn more go to http://www.amazon.com/The-Mafia-Hit-Mans-Daughter/dp/0786038705

FROM THE CARIBBEAN TO THE SHORE OF NYC: POP STAR KMC

Current state of R&B Music: Is Tinashe the Answer?

Analyzing the Crossroads of Iggy Azalea