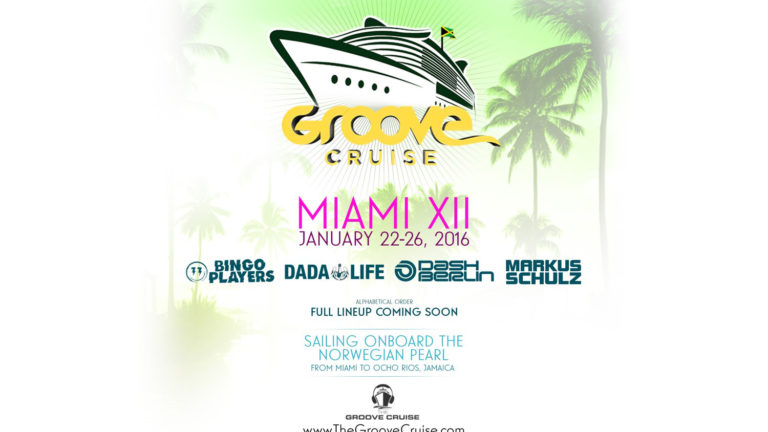 Chuck Holliday
Groove Cruise Miami 2016 Will Be The First Electronic Music Cruise To Chart A Course To Jamaica. 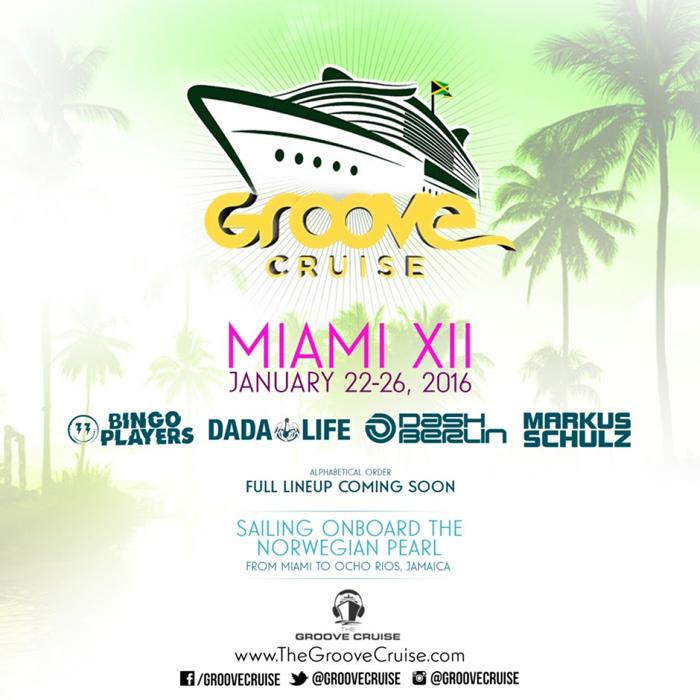 On the eve of its sold out LA sailing, Groove Cruise, the world’s first and largest floating dance music festival, announced the phase one headliners for its January Miami sailing, taking place January 22-26, 2016 and sailing on-board the Norwegian Pearl.

Four days of sunsets, sunrises and the incredible Caribbean coastline await. All Miami suites have sold out, State Rooms are available here: http://www.thegroovecruise.com/miami

About Groove Cruise
What started in 2004, as a group of 125 thrill-seeking house heads sailing on a cruise together, has now erupted into the World’s Largest Floating Dance Music Festival. The Groove Cruise is the only music cruise to sail from both East and West coasts, and is a 96 hour, non-stop experience, comprised of 4 straight days of beach & pool parties, as well as themed extravaganzas and onboard events that rival the best dance music festivals in the world. The Groove Cruise is produced by Whet Travel.