JELANI LATEEF – BRINGING THE POSITIVE MESSAGE WITH HIS LYRICS

The birth of Hip Hop came during the musical explosion of the 80’s with such innovators like Run DMC and Grand Master Flash. But since then the musical style has seen many changes some not so positive. During the late 90’s and into the 2000’s its once clean image was tarnished with artist’s portraying more of a negative message.

But then it took another turn when Hip Hop artists like Chris Brown, Rihanna, Jay Z and others began crossing over. Yet in the shadows there were those who held onto the spirit of the genre who did not want to abandon their art. One such artist is Chicago native Jelani Lateef aka J Fury who will not deny his love for the music.

“Usually when something gets commercialized it loses some of its integrity. Now that hip-hop is a billion dollar industry there are people in it strictly for the money. They could care less about the integrity or preserving the essence of the culture. That’s just how it goes. Fortunately there are still artist who care about the integrity, and an audience that is in tuned with them to balance things out.”

Jelani was always into music even from a young child. He took his talent for lyrical creativity to the masses and the feedback was overwhelming. Realizing his potential he decided to expand and take it to another level. While he was developing his rapping skills he linked up with Keenan and Kel (Nickelodeon) as an opening act. He would accompany them and perform at stadiums across the U.S.

At this point he worked on various mixtapes to build his name in the industry. While he was on the up-swinging creating music a tragic incident sidelined his career. The mother of his daughter died of cancer which forced him to become a single parent. This incident changed Jelani and opened his mind to offer a different message in his music.

His debut album “My Soul to Keep” was a strong release out of the gate that set the stage for what was to come. Jelani knew from the onset that he did not want to be like every other Hip Hop performer his goal was to be unique. He soon followed up this release in 2014 with “My Soul to Keep 2”. The idea for the second album was his desire to share his soul through music. Tracks like “Forward Advance” and “Can’t Stop Now” became popular on a global scale. He admits that his second project was more polished and is in the process of completing Part 3. 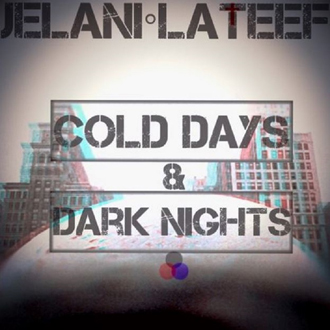 Following the success of the second project he went to work in the studio with a different mindset for his upcoming album. The new project “Cold Days and Dark Nights” (https://www.youtube.com/watch?v=G3ON_xTWvQA) is a testament to his deep desire to expose the rights and wrongs within the fabric of society. Jelani admits that the album has elements of his experience of loss and rebirth. He has made it his business to reflect on the importance of valuing life and the ones around you. In addition he started a division called Manhood Entertainment (https://www.youtube.com/watch?v=3uy543MfH94) which was to be a brand that spotlighted men who lived up to their responsibilities.

“Among many other topics I plan to touch upon, accountability and responsibility remain a theme throughout. It’s easy to point the finger and blame others for our setbacks and shortcomings, but it’s very import that we do a self check and make sure we’re doing what we’re supposed to as well.”

Presently, Jelani is the process of planning a tour on the heels of the new album. In the meantime he has been auditioning musicians. Yet he wants to put together a show versus just rapping on a stage. He just shot a video for the track “Action” off “Cold Days and Dark Nights”. Even though his primary focus is on music he also volunteers his time to outreach and mentoring programs to inspire men and women to live their life within a positive path. Jelani hopes to not only entertain crowds but to educate and inspire them to be better people through his own life experiences.