Analyzing the Crossroads of Iggy Azalea

After taking some time off to cancel a tour and clear away some legal issues, rapper Iggy Azalea made her return to the spotlight, performing at the Festival D’ete De Quebec during the weekend of July 11-12.

The performance itself was fine, and went much longer than your average performance in any festival, but everything about it—from the way it was setup without much advertising to the lukewarm fan reaction—simply screamed “afterthought.”

Azalea, who—after rising up the ranks (and charts) as one of the hottest rappers in 2014—saw various mainstream entertainment opportunities present themselves to her, must be wondering where did the crowded bandwagon bus go after her return to the media masses in 2015.

Indeed, after spending most of 2014 being the hip hop world’s most talked about artist, Azalea has seen her once-worldwide appeal plummet in 2015.

There are a few reasons for this development.

For one thing, Azalea has shown little interest in various traditional mainstream media opportunities, which, for a rap artist, is a big no-no .

Ask Nicki Minaj, who began distancing herself from traditional mainstream media after announcing she would return to her roots in hip hop’s universe with a focus on street recordings over commercial hits. Or Lauryn Hill, who distanced herself from the mainstream media for personal reasons, only to return with reliability issues. Or Lil’ Kim, who has been difficult to market to any mainstream audience after serving time in a prison for falsifying on oath regarding a shooting at New York Radio Station-turned-Animal House WQHT/Hot 97.

A reason is probably Azalea’s bland, babyfaced personality. Unlike fellow artists Nicki Minaj or even newcomer Dej Loaf, both of whom have shown a tremendous amount of personality and charisma in interview and other media appearances, Azalea’s personality remains as dull and uninteresting as ever.

There’s not terribly much you can do with her. All she does is smile and wave.

Of course not all the blame lies with Azalea. It seems like every women’s rapper, except Nicki of course, has been largely ignored outside of music festival performances. With this in mind, it’s not terribly surprising how far Azalea has fallen in prominence. 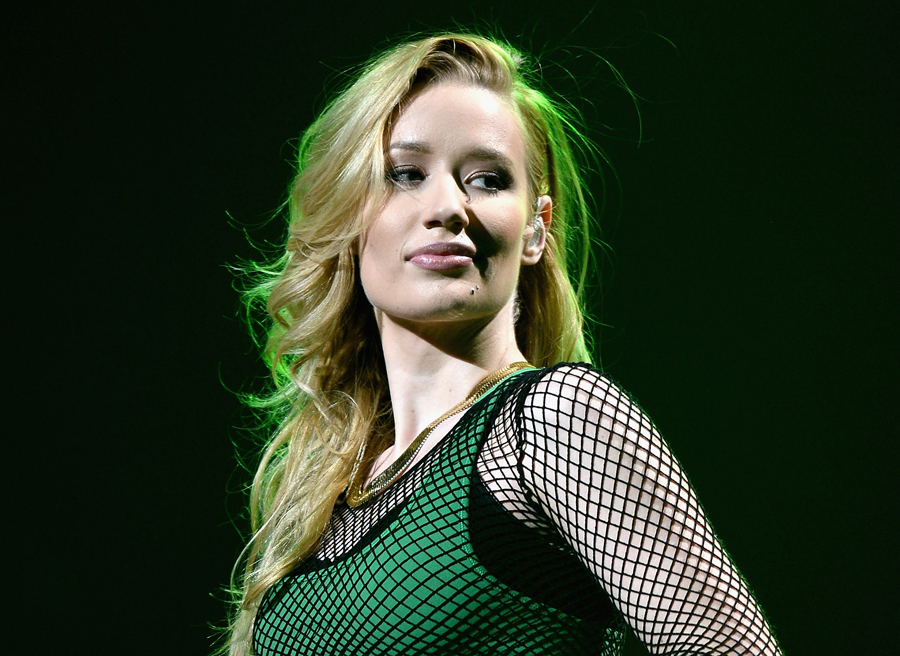 It was hoped that when the digital era in music would become the main source of discovery for fans, women’s hip hop would gain as the biggest benefactor. The recent emergence of skilled all-world emcee Sicnis was also seen as an encouraging sign that things were going to turn around for women’s hip hop in general.

While, as noted, Azalea / Nicki have been given a decent amount of attention time not only within hip hop but all of mainstream music, there are no real indications that the music business is ready to embrace a return to the 90’s with a high volume variety of female hip hop artists. The recent purge during the mid-2000’s of talented artists such as Eve, Charli Baltimore, and Rasheeda serve to emphasize this point.

Oh, sure, maybe every 2 years there will be some indie artist who releases a freestyle or cover song and gets everyone’s hopes up again (Kilo Kish anyone?), but it will almost certainly never come to anything. Women’s hip hop has been marginalized for so long, we now have a very good idea of where it lies with not only the consumer, but media executives who continue the notion that one-two female rappers is more than enough.

At one point in 2014, the rising Azalea looked to be the next big female name in hip hop, a supremely talented model-turned-rapper in the mold of T.I. and other artists emerging from the Southeast region (see this post from just less than a year prior to this piece that touches on it). But for a combination of reasons—some her own flaws, some the fault of the team behind her—it hasn’t happened.

That’s not to say Azalea will never be able to do anything of note for the rest of her run, but as for becoming the No.1 female rapper in the business again? Not a lock but anything’s possible.