While Broadway churns out magical and sensationalized works; there are others few know about that return to a forgotten part of life the “human spirit”. The Producing Club and Ctemko have put together a play that encompasses the very fabric of the human condition. The play “A Place to Come Home To” delves into the life of two brothers years after WW II and how each was on opposite sides. Both are of German decent but live in America. One was supportive of the American effort while the other chose to raise the Nazi flag.

The brother George who goes to Germany to fight against the Allies brings on prejudice and unwanted attention to his family back in America. Hans, the one who stays in the US is soon met with a decision of whether to aide George when he returns home for a major operation. It is a story of true love between siblings and how each one deals with each other’s faults. It is drama at its best.

The play opened up on June 24th and runs till July 12th at Shelter Studios. It was written by John Dirrigl and directed by Brian Catton. The cast is full of talented individuals with the youngest, Rachel Rotay being only thirteen years old. Rachel plays the character, Greta. According to Rachel her love for music and acting derived from her Grandmother who performed at the MI Opera Theater. Aside from a family member to inspire her there was also her close friend Jackie, who was always harping on the joy of music and acting. She was the one who motivated Rachel to create her own pieces.

“I’ve been singing since I was three and I love it! I also play the piano. Now that I’m older I’ve intertwined singing with composing together and have started writing my own music,” Rachel says.

It is not the first time she has worked with Brian Catton and enjoys his work. She, her father and Brian are due to unveil a new project in New York next summer. Rachel still has time to be a kid and enjoy her youth even though she is a part of this demanding industry.

The cast also has seasoned actors like Christina Toth who plays Ann-Marie. Christina has an extensive resume of work ranging from TV, theatre and film. She gave us a comparison of which medium was more challenging and she wholeheartedly chose TV. For Christina it seemed the most time sensitive and needed to be executed more quickly. As for the others there is time to rehearse and get to know your project more intimately.

Her character is a force in the play that tugs at the need for her family to be more open minded and see her for who she is. It is a role that Christina has embraced

and rose her interest in being apart of the play. Her reason to audition for the play derived from the tragic time in history and the strong family theme. Christina values good acting among her fellow cast. She believes in humility and caring among actors. Her work ethic improves when she is among humble artists who see themselves as servants to the story. This philosophy is what she believes brings forth the best in all her peers.

“When the only needs that they are focused on are the needs of the story, then it grounds everyone into a sense of community, fueled by generosity. It’s a wonderful working atmosphere.”

Another multi-talented actor in the cast is John Pope who plays Freddy. John’s first love was music rather than acting but he soon fused them both to his abilities. He first was drawn to music in the first grade. Yet during Middle School he auditioned for “Beauty & The Beast” where the acting “bug” was planted. But music will always play a significant role in his life. John feels connected to his character who is a bit like him. He plays a teenage boy who is attempting to find his way in a complex world.

“When dramatic events occur in the family, brothers and sisters typically join together. Personally, I’ve had many of these experiences, so connecting to Freddy in this sense was an easy way into the character for me.”

John has been in numerous plays, musicals and films. He just recently completed a production of “A Few Good Men” at the Daniel Kaffee/Tisch Studio Theatre, “Dog Sees God” (Beethoven/440 Lafayette Studio Theatre) and “Tape” (Jon/890 Broadway Theatre). He also has taken up sound design for films from time to time. But he has acquired a hunger for acting and is always on the hunt for more roles.

As far as the directing goes, Brian Catton is not a stranger to it. One of his most memorable plays was a production of “Little Shop Of Horrors” in Michigan not long ago. The production was in midst of rehearsals and they lost their pianist. Brian and one of actress’ where drowning in their sorrows when they suddenly came upon a gentleman who just happened to have years of experience as pianist for musicals.

Brian stumbled upon the play “A Place To Come Home To” while he was directing another production entitled “Eddie” at The Midtown International Theatre Festival. On one of his days off from production he went to catch a play called “The Bauer Sisters”. He enjoyed it and had an opportunity to meet the writer John Dirrigl. At that point fate was sealed as both men joined forces and produced “A Place To Come Home To”.

In reference to the play “Eddie,” he received a Best Director nomination which was a great honor for him. Similar to how Christina felt about being involved with “A Place To Come Home To” so was Brian for it was surrounding the delicate subject of family and survival. Brian is always working on plays and has a few on the fire. This year for him he admits will be a busy one.

“I think John Chatterton puts on a great festival every year. There are many great productions, actors and directors at The Midtown International Theatre Festival. To be nominated amongst such talented people was truly an honor.”

The play is being shown at Shelter Studios, Theatre 54 244 West 54th Street (NYC) on the 12th floor. It is due to make a mark. The cast alone is filled with immense talent and the storyline definitely hits home. It is a must see! 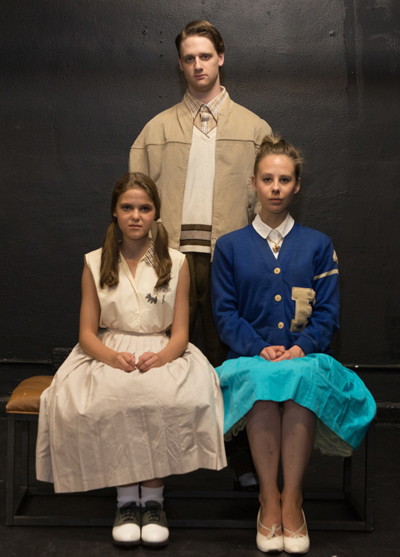 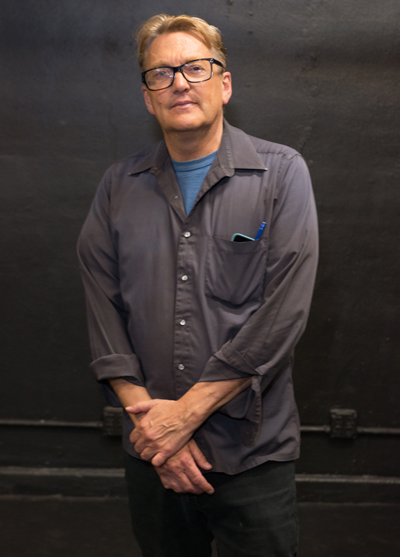