It has been revealed that Cable Host & Fashion Designer Rebecca is now being accused of a hit and run.

The 31-year-old Fashion Designer Rebecca Kudryavsky went on vacation with her children to Disney World when the unfortunate incident occurred with her children in the car as well as another shocking surprise according to sources.

Driving a Lincoln Navigator Rebecca Kudryavsky backed up into another car that apparently blocked her into a spot in a parking lot of the villas she was vacationing at and left the scene according to records.

According to records the other driver filed a $150,000 claim against Rebecca stating that she was injured while records show the driver to the other vehicle never sought medical attention.

Car accidents happen, but no one likes a hit-and-runner, especially if it’s a celebrity. But, that is when the person is actually running. Records show Rebecca Kudryavsky never left the property.

Rebecca Kudryavsky who up until recently was a single mother of now four children, three girls, and one boy. But according to her Facebook Profile she is now taken.

Yup you heard it right she went to Florida with her children and came back facing charges, along with a $150,000 claim against her and a married. She did not mention who her new husband is but according to public records she married a guy from Florida named Brandon Blomgren. It is unknown at this point if he remained there or came back with Rebecca and her children to New York City where she currently resides.

According to a New York Post article she has done something like this in the past in 2010 when she rushed into a marriage in Vegas with James Boccanfuso.

Rebecca Kudryavsky just recently opened up a small boutique on 5th Avenue in Manhattan this past April according to records. For a woman who just gave birth to her latest child less than a year ago and raised all four of her children on her own she sure put all her extra time to good use designing beautiful garments, which you can view on her website Behccakay.com

Now this is definitely a woman you can say that has it all. The excitement which played out in the media over the years with Ray Murphy, Eddie Murphy’s cousin who was producing a reality show of Rebecca Kudryavsky’s life which according to sources was put on hold because she refused to continue working with them, as well as a few others. She has lots of talent that she displays in her fashion designs and shows, where even Ben stiller crashed her fashion show that Chris Noth and George Wayne hosted at the Plaza in 2010.

According to the New York Post Rebecca Kudryavsky had a Cable television show that she hosted and even got director Nicholas Jarecki to come on and talk about “Arbitrage” when it was playing in theaters starring Richard Gere and Susan Sarandon. According to published records she was working with club owner Noel Ashman for a while in 2013 who was also present at her 2010 Fashion Show at the Plaza Hotel.

According to records Rebecca Kudryavsky pitched a cartoon she wrote and produced called “Starbizarre” to Nickelodeon in September 2013. Nothing has come about with the cartoon but Rebecca’s entertainment attorney said that “Vincent Young from 90210 will be playing the voice of the character Hat in her cartoon”, which lets us know that she is still working on that project. 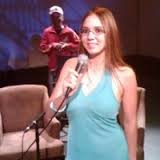 How this mother of four does it all no one knows, but between her four children (one of which is a newborn) her fashion, boutique, and cartoon show is amazing. That is not to mention her current predicament of facing charges with a $150,000 claim against her and a new marriage. It all makes for a very interesting story, what will happen and what she will do next is the question on everyone’s mind.