In a time of the internet and computers unfortunately many artists find a quicker way to produce music. But then there are those who still through traditional means put out some amazing music. Bands like Kings Of The Brushwood Thicket are one of those core groups.

The band hails from Jamaica, Queens in New York. An area that is as rough and tough as their music. The name of the band was produced by guitarist Bruce Erik Brauer. He explained the band’s title was born from the baby book definition of the name Bruce. He thought a phrase for the band was more interesting than a single word. Examples like Queens of the Stone Age, Temple of the Dog, Electric Light Orchestra were his inspirations.

Bruce along with the other members of the band have been influenced by such acts like Beck, Lyle Lovett, Chris Issacs, KISS, Bright Eyes, Death Cab, Foo Fighters and Dog Society.

Their style of music has been compared to the likes of the provoking Bruce Springsteen to the rebellious David Bowie. They come with a dark but thought provoking songwriting that is a welcome change with today’s music. Their preview single “He’s A Man” hits home for Bruce since it was inspired by the passing of both his Uncle and father. It is an emotional track that offers an open window into Bruce’s personal life.

“All the songs mean something different to me either in political, sentimental or theology. “He Was A Man” represents the way we see or judge a person who may seem to have it all together, doesn’t have their scene together at all. A facade or false front.”

Bruce does admit that he did try to capture the similar feel in their debut album “The Lies You Leave Behind” to Springsteen’s “Nebraska”. He was looking for a sparse and intimate feeling that his album also commands. The album was produced in their hometown of Jamaica, Queens and is slated to drop on May 5th, 2015.
The album’s message conveys that sometimes when someone passes you may discover secrets better left unsaid. These facts can either shock or haunt the immediate family members. Hence the title “The Lies You Leave Behind”. 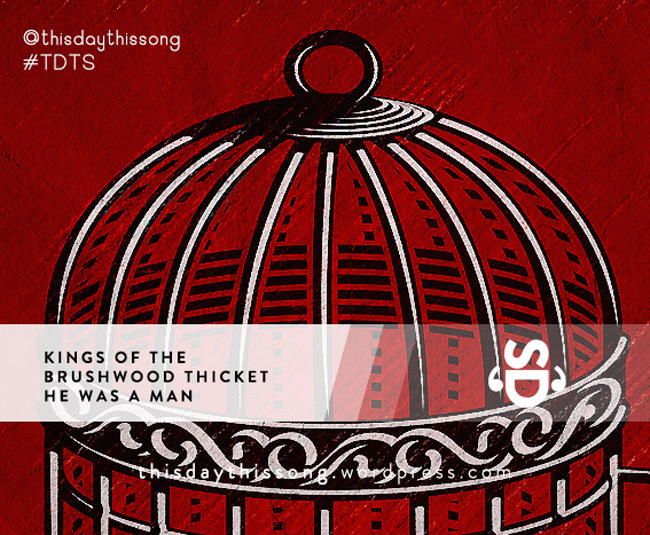 They are also planning to set up tour dates to compliment the album’s release. Kings of Brushwood Thicket prefer to perform in intimate Cabaret houses. These venues offer the somber vibe associated with the album and the feel of a live act. Just recently the band has premiered one of the singles “Do You Believe” via Guitar World. Who are quoted as saying –“Pretty impactful stuff. lightly strummed acoustic guitar matched with his worn vocal style speaks of loss and sadness – but also a resilience.”
Bruce and the band are looking to make a solid mark in the alternative rock world with every guitar riff and drum roll. Look them up at http://kingsofthebrushwoodthicket.com/