L.A. Band on the Waves of a New Album

If you are looking for a musical trip into the unknown only to discover a passageway to the human psyche than the band “Ships Have Sailed” is the way to go. The concept of the band was the “brain child” of Will Carpenter who was later joined by Mike Odabashian and Dan Hange. Will worked on the EP “Someday” which was the first release by the band. The six track EP takes you on a path of rebuilding and awareness with tracks like “Bring You Down” that echo with a touch of Blue Oyster Cult to “Midnight” with its hypnotic rhythm, the bands signature sound.

“More than that, it was an exploration of the different emotions that touch us all throughout our lives, why they arise and how they affect us. Looking back I think maybe that was perhaps a bit ambitious to try to accomplish in just 6 songs, but we still love the “Someday” EP, still play those songs live, and it helped us to realize that our second record really needed to be a full-length.”

The band members have been influenced by many acts such as the National, Dream Theater as well as classics like The Beatles and Tom Petty. Yet the band, known as a Indie – Pop band, always push the envelope trying to be unique as possible. “Ships Have Sailed” are the last to conform to be labeled as a specific genre. Rather they prefer surprising their fans with a new angle as often as possible.

They have already toured the US with exceptional performances. From LA to Rhode Island they have wowed crowds everywhere. When it came to their most memorable shows they mentioned two specific ones.

“Definitely there are always stand out shows on both ends of the spectrum. I think our favorite two venues from our east-coast tour last year were The Met in Pawtucket, RI and Johnny D’s in Somerville, MA…we definitely hope to go back to both and play there again! Both those shows were amazing for us, both in connecting with our fans who came out specifically for us, but also in connecting with new fans just discovering our music.”

When the band tried to come up with a name, they wanted to find one that left a mark on music lovers with a positive spin on it. Hence the name “Ships Have Sailed”, which was meant to call attention to the decisions we make in our life and what are the outcomes. This is echoed in their lyrics that are put out there by the band. 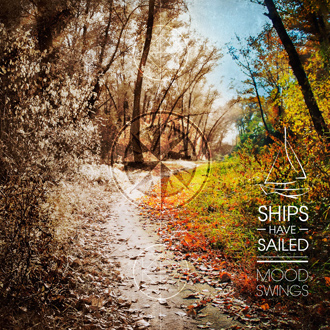 Currently, they have a full length album coming out in March of 2015. The album, entitled “Moodswings”, is an important landmark for the band. This release is a collaboration of the all the members at once, whereas, the first EP was not. Now all the members are on board full-time when at first it was more of a test than a commitment. They are on a mission to put their talented feet forward and share their music with the world.

They are in the initial stages of planning a possible tour on the heels of their new album release. The band’s goal for 2015 is to play live, meet new people and share their own excitement with the masses. Their main focus is the release of the album and planning for the tour. Climb on board as “Ships Have Sailed” are heading on a journey of grand proportions. To keep up with their travels visit them at http://www.shipshavesailed.com/